Yamaha team manager Massimo Meregalli says he doesn’t think Valentino Rossi will be replaced for next weekend’s MotoGP Teruel Grand Prix after he tested positive for COVID-19 on Thursday.

He will not race in this weekend’s Aragon GP, while his participation in the second Aragon event next week is highly unlikely.

Yamaha isn’t planning to field a replacement this weekend, but talk of putting test rider Jorge Lorenzo on the bike for the Teruel GP has emerged.

The three-time MotoGP champion has only had four test days since February, the most recent of which at the two-day track familiarisation at the Algarve last week – though he is yet to actually ride the 2020 M1.

Meregalli says Lorenzo may be an option should Rossi be forced to miss the Valencia double-header next month, but admitted his performance in Portugal – where he was four seconds off of the pace-setting Aprilia of Aleix Espargaro – showed he needs more time on the bike first.

“Yesterday we received a bad surprise, which we didn’t expect,” Meregalli said when asked about Rossi’s diagnosis on MotoGP’s world feed.

“He tried to be safe, but unfortunately he caught it.

“Now we are just wishing him to be back as soon as possible. He is feeling a few of the symptoms.

“For sure we expect him to be back in Valencia, we don’t think he’ll be back for Aragon 2.

“In this moment, we have not talked yet to replace him here, but honestly speaking I don’t think we will.” 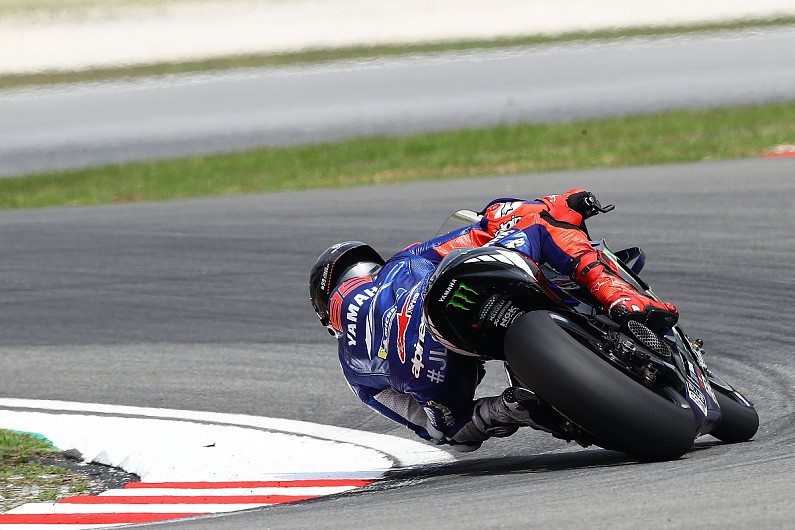 Speaking to Sky Sports Italy on Lorenzo, Meregalli added: “We now have 10 days to evaluate a replacement for Aragon 2, but at the moment we haven’t talked to anyone.

“I don’t rule out Lorenzo, but I think after the tests he did in Portimao it’s clear that he needs to ride a bit more.

“Should Valentino not be able to return to Valencia, he [Lorenzo] will certainly be taken more into consideration.

“Lorenzo rode with us for a day and a half in Sepang in February, after which he never rode any bikes [until last week].

“We also talked about it with our riders, despite the fact that they are racing the championship, during the breaks they need to always ride.

“Surely Jorge has lost the habit of braking, speed, acceleration, so he definitely needs to turn a little more on the bike.”