The World Touring Car Cup will hold its 2020 season finale at Motorland Aragon on 14-15 November after redevelopment work at Adria Raceway could not be completed in time.

Autosport revealed on Friday that the WTCR has abandoned plans to close the season in Adria due to delays in renovating the Italian venue – including increasing the circuit length to over 4km.

This was confirmed by series promoter WTCR Eurosport Events later on the same day, with the coronavirus pandemic and heavy rain showers in September cited as key reasons for the work running behind schedule.

It has now been announced that Aragon will take its place on the calendar on the same weekend in mid-November, with the event to be run under the WTCR Race of Aragon banner.

The Spanish venue is already hosting the fifth round of the Europe-only 2020 calendar this weekend, with a trio of races spread across Saturday and Sunday.

“The last circuit inspection yesterday came as a disappointment but a simple reality: Adria won’t be able to meet the homologation deadline and host the WTCR season finale,” said Francois Ribeiro, Head of Eurosport Events, the WTCR promoter. 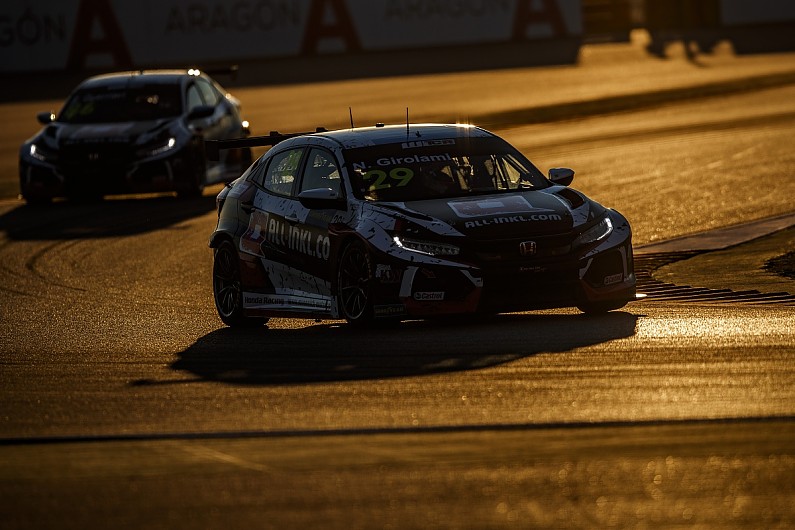 “We had to react at very short notice with the FIA to put an alternative plan in place, and I can only be grateful to our partner MotorLand Aragon for stepping in with a viable and safe solution.

“All our teams and suppliers will leave their equipment at Aragon, minimising travels for them across countries under lockdown.

“Eurosport Events and the FIA are working hand in hand to deliver a season finale in the safest possible conditions at a time when the sanitary situation across Europe is deteriorating significantly.”

Four-time World Touring Car Championship winner Yvan Muller, who is yet to win a race this season, is third in the championship, 55 points down on his nephew Ehrlacher.

In the teams’ stake, Cyan Racing holds a 30-point advantage over Munnich Motorsport, with Comtoyou Audi team another 60 points adrift in third.