It was a relatively low-key run around the Villa Reale for the surviving crews on Sunday, following the drama on Saturday’s closed road stages in the mountains.

Ogier won the first stage of the day with his Toyota team-mate Kalle Rovanpera second, which helped to open up the gap to the pursuing Sordo and Tanak.

Early leader Sordo briefly slipped to third behind Tanak, before reasserting himself to win the second stage of the morning with Tanak second and M-Sport’s Esapekka Lappi a strong third.

Ogier enjoyed a clean run through the Power Stage as driving rain progressively made conditions more treacherous to wrap up his seventh drivers’ world title in eight years, as the fourth works Toyota of Takamoto Katsuta finished fastest to claim the maximum bonus points.

Ogier’s run through the stage was far from comfortable as the windscreen wipers failing briefly and meant he was forced to kick-start them by using the screen wash before the road ahead disappeared entirely from view. 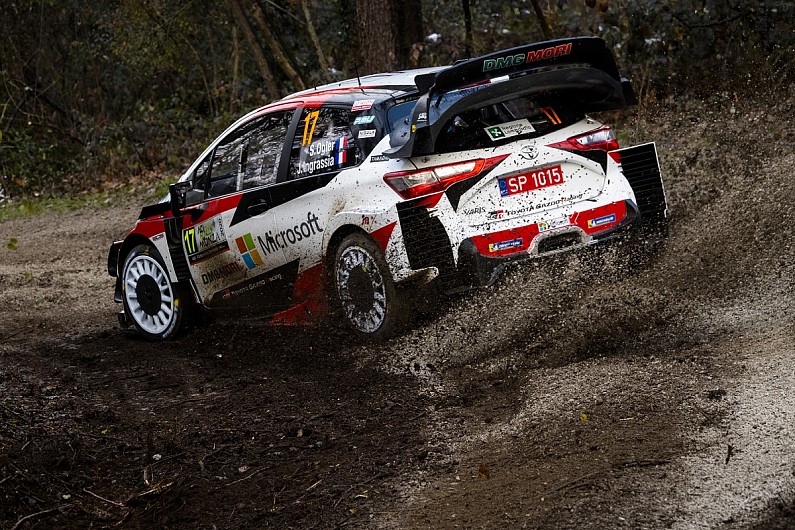 His success was also with a third different manufacturer after winning four with VW and two with M-Sport Ford.

“It doesn’t sound so bad, I have to say!” he said at the finish.

“Of course we feel for Elfyn also today he has made a very strong season, very consistent, and we had really good fun to fight each other.

“But today, I’m very happy. Not jumping in the air maybe like crazy because right now we are living in a time that, you know, a lot of people are suffering all over the world and I mean, you have to be decent.”

The maximum bonus points claimed by Katsuta would have been welcomed by Evans, but he pressed a little too hard and had a messy run with the car stalling twice.

The Welshman ended up third fastest, behind Katsuta and Tanak’s Hyundai, the Estonian vaulting ahead of Sordo in the final classification by 1.4s.

Hyundai team principal Andrea Adamo has prioritised the manufacturers title above all else this season, and was rendered almost speechless with emotion at the achievement.

“It’s complicated. So many images are passing by now,” he said. 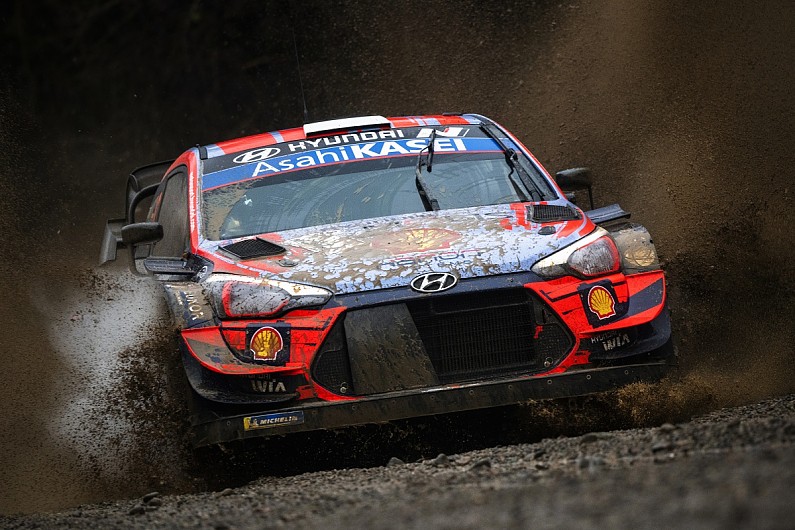 “I know how much we have fought, how much pressure we had, what I had to do to try to protect everyone.

“Everyone has been somehow personally touched (by COVID-19) and this year everyone lost someone. I also have some friends that are no more with me due to this.”

Sweden’s Tom Kristensson completed the title winners crowned on the event, claiming the Junior WRC title and winning a fully-funded season in WRC3 in an M-Sport Fiesta for 2021.