Red Bull is currently seeking a freeze on power unit development in F1 from 2022 so it can take over from current engine partner Honda upon its exit from the series at the end of next year.

Without putting an end to the development cycles and the high associated costs, Red Bull has ruled out taking on the IP and design of the Honda power units.

It would leave the team returning to its previous customer status and requiring a supply from one of the three remaining manufacturers in F1.

Mercedes has previously confirmed it would support an F1 engine freeze in order to keep a competitive Red Bull team on the grid, as well as reducing costs for the existing manufacturers.

But both Ferrari and Renault have stated this week that they would not support an engine freeze, stressing the importance of competition and development in this area.

Asked how an engine freeze could be pushed through for 2022, Mercedes F1 boss Wolff said that so long as two manufacturers were opposed, it could not go ahead.

“I think two of the power unit manufacturers not agreeing means it can’t come into force [and] can’t be implemented,” Wolff said.

“They will have their reasons why they are rejecting that. I guess we also are apprehensive of the situation Honda and Red Bull are in.

“Renault and Ferrari have been very direct with their positions, so unfortunately, I don’t see [a freeze] happening.” 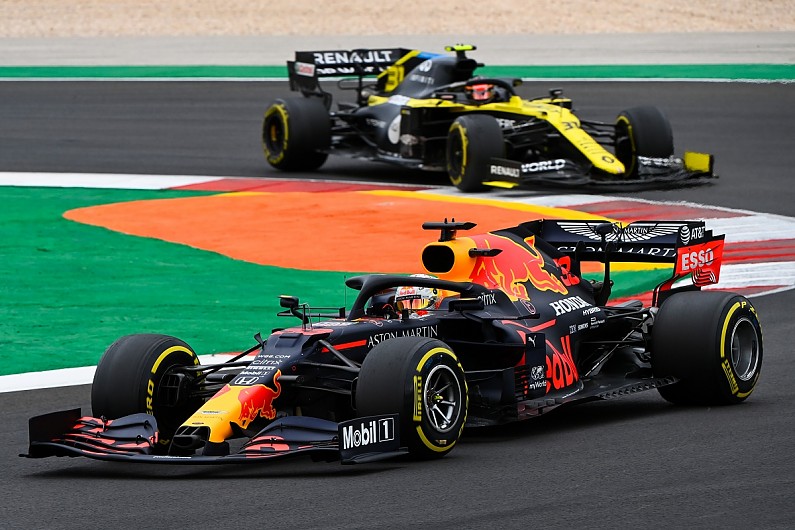 Red Bull has said it is looking to get a decision on plans for a future engine freeze in the next six weeks, with the call set to impact on both its senior team and the sister AlphaTauri squad.

Under the sporting regulations, Renault would be required to supply both teams in 2022 were a request to be filed with the FIA, but Red Bull has distanced itself from such an eventuality.

Red Bull team principal Christian Horner said earlier this week that he hoped the FIA would intervene and ensure self-interest did not prevent a move that could benefit F1 as a whole.

“The job of the regulator and the commercial rights owner has to look at the broader picture of what is right for F1,” Horner said.

“We’ve obviously lost a manufacturer in Honda, which is disastrous news for the sport.

“For Red Bull to take on that engine project, we just can’t comprehend [the costs], obviously thinking about open development, particularly in the world that it currently is at.

“I think the FIA and the commercial rights holder, they’re having constructive discussions. Obviously that needs to take place hand-in-hand with the OEMs that have an involvement in the sport.

“I believe that that is what will happen, and obviously some form of solution needs to be found in the coming weeks.”