Toto Wolff says Mercedes must learn from its struggles in Formula 1 qualifying for the Turkish Grand Prix after fading to sixth and ninth place in difficult conditions.

Heavy rain combined with low grip levels on the resurfaced Istanbul Park circuit shook up the pecking order in qualifying on Saturday, paving the way for Lance Stroll to grab a shock pole position.

Mercedes slumped to its worst qualifying result since the 2013 Italian Grand Prix as neither of its cars finished inside the top five.

Lewis Hamilton could only take sixth place on the grid, finishing 4.7 seconds down on Stroll’s pole time in a session he labelled the “least enjoyable” of his F1 career, while Valtteri Bottas wound up ninth overall.

“But the conditions were different in that it wasn’t only wet, but it was a brand new circuit that was slippery and cold ambient and track temperatures.

“We just weren’t able to switch the tyres on, and you can see that, if you’re just not in the right window, you’re just sliding all over the place, and the consequences are massive gaps between teams and cars.

“But it doesn’t matter, because it is the same for everybody, and today we have been not able to switch the tyres on and find the grip but others were. 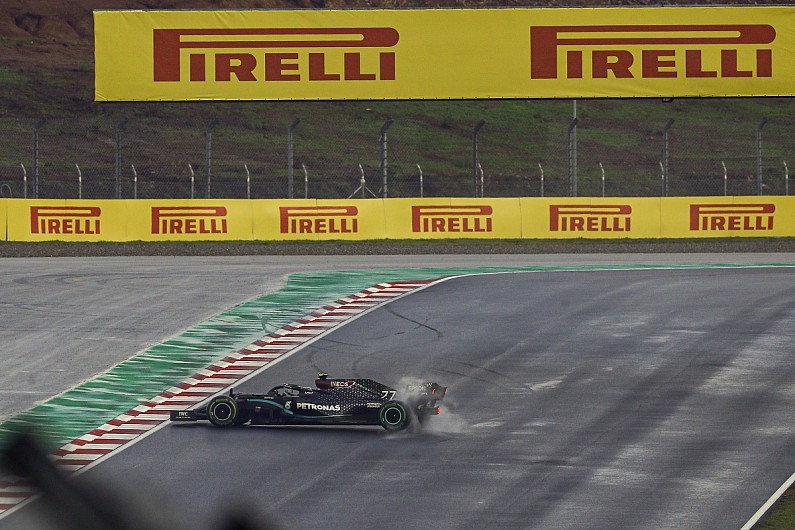 “I always say that we learn the most on the days we are beaten, and today will be such a day. I hope in the future we will understand how to switch the tyres on even in polar conditions.”

Mercedes did not complete much running in final practice on Saturday morning in Turkey as rain fell in the lead-up to the start of the session, making the track hard to drive on.

Hamilton and Bottas managed a combined total of seven laps in FP3, but while Kimi Raikkonen said Alfa Romeo’s extra running helped it get both cars into Q3, Wolff doubted more running would have helped come qualifying.

“We tried at the end and it was just too wet,” Wolff said.

“It completely changed. The only really good conditions we had were at the beginning, and then it got so wet that nearly everyone was in the pits.

“We went out one time to try something so there wasn’t any sense in going out. It was too wet.” Sainz: Being team-mates with Norris has made me a better F1 driver – F1