Toto Wolff feels “committed to life” to Mercedes’ Formula 1 project after increasing his shareholding and agreeing to continue as its team principal for at least three more years.

Mercedes announced on Friday that its ownership had been restructured after British chemicals giant INEOS took a one-third shareholding in the team.

Wolff has upped his shareholding in the team to match INEOS, while Mercedes’ parent company, Daimler, owns the final third.

As part of the announcement, Mercedes confirmed that Wolff would continue to serve as the team principal and CEO of its F1 squad for at least three more years.

Wolff had been publicly weighing up his exact position with Mercedes, despite his commitment to remaining part of the team, saying the role was “taking its toll” after eight seasons.

The statement from Mercedes said Wolff would have “the subsequent opportunity to transition to a new executive function within the organisation when he decides it is the right time to do so”.

Wolff made clear that while he has only signed for another three years actively running Mercedes’ F1 squad, he saw himself as being part of the team for life.

“That is a misunderstanding,” Wolff said when asked about his new team principal agreement. 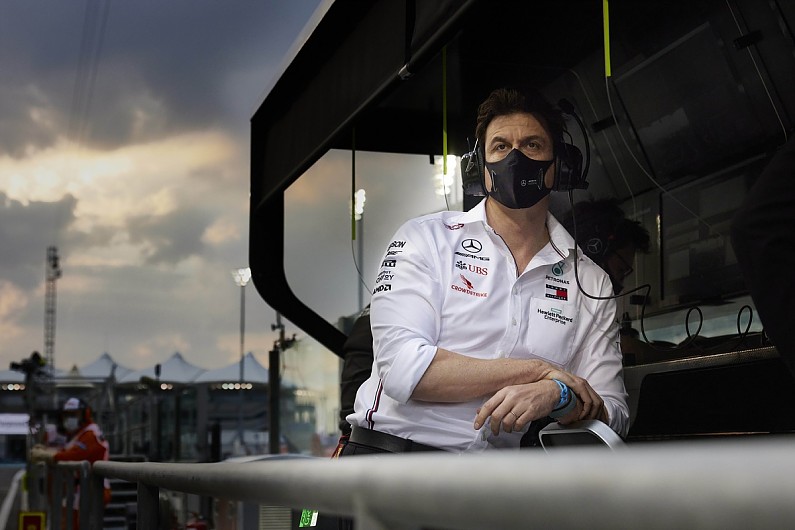 “I haven’t committed to a further three years. I have committed for life.

“We are three shareholders that own the company today, and irrespective of my own role, I could team principal, CEO, executive chairman, at any time.

“But Mercedes is what I do.”

Wolff has served as team principal at Mercedes since 2013, overseeing its record-breaking run of seven consecutive drivers’ and constructors’ championships.

Lewis Hamilton has won six of those seven titles, and said on Friday that he was “proud” to see Wolff continuing in the role.

Wolff has helped to ingrain a strong corporate culture at Mercedes, which he felt was the greatest strength the team had developed through its recent success.

“We have a good and fun environment, it’s a fun place to be, but at the same time, there is just the right amount of pressure,” Wolff said.

“We love what we do, we set the right objectives. I think we are living our values day to day. It’s all about integrity, loyalty, pride, determination – that’s what sums it up.

“It’s not something you can put on a powerpoint and say this is how we are, but something we have set as standards over the last eight years.”