Toto Wolff has slammed suggestions from Red Bull and Ferrari that Formula 1 should introduce a system for power unit performance convergence in 2022, saying it would be “an insult”.

F1 is currently weighing up a possible engine development freeze from 2022 in order to allow Red Bull to keep using Honda’s power units after the Japanese manufacturer’s exit from the series at the end of next year.

Ferrari revealed on Friday that it was no longer against to the engine freeze, leaving only Renault in opposition to the plans.

Both Ferrari F1 chief Mattia Binotto and Red Bull team boss Christian Horner said there would need to be a mechanism in place for power unit convergence, ensuring there were no huge differences in performance under a freeze.

Mercedes team principal Wolff previously claimed that balance of performance-style systems had “no place” in F1, and said on Saturday that he saw no difference to that in Binotto and Horner’s proposal.

“I don’t see any difference, and I think this would be the beginning of the end [of F1],” Wolff said.

“The power unit is not only measured by the sheer max power, but it is subject to drivability, to weight, to cooling, and introducing a simple formula that fits all isn’t possible.

“It’s not something that Mercedes would endorse.” 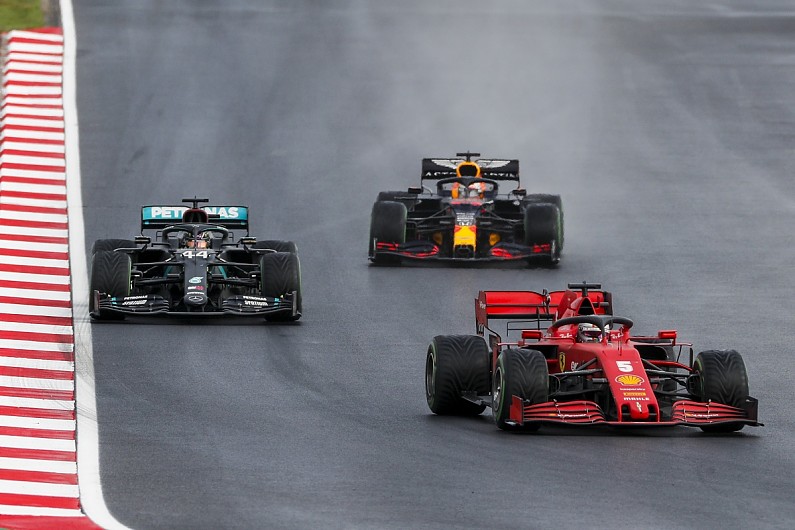 Wolff went even further when asked about the possibility of a token system being re-introduced to allow manufacturers on the back foot to catch up, saying it was an “insult” for such a suggestion to be made.

“We had a token system in the past when the regulations came out, and because some of our colleagues wished the tokens to be removed in order to catch up, we agreed to a removal of the tokens,” Wolff said.

“Now some of our colleagues come back with a system of convergence, which honestly said, it is bit of an insult.

“When you look at the last few years, and the development of performances in the engine, Ferrari was clearly the most powerful engine in 2018, and by far the best in 2019. And we developed our engine, we continued to push the boundaries, and we brought something to the track in 2020 that we were hoping would catch up.

“That’s why I cannot comprehend that any car manufacturer that trusts in its abilities to develop a power unit and a chassis would want some kind of mechanism that would balance the power units out.

“I don’t think anybody would accept such a humiliation in public.” 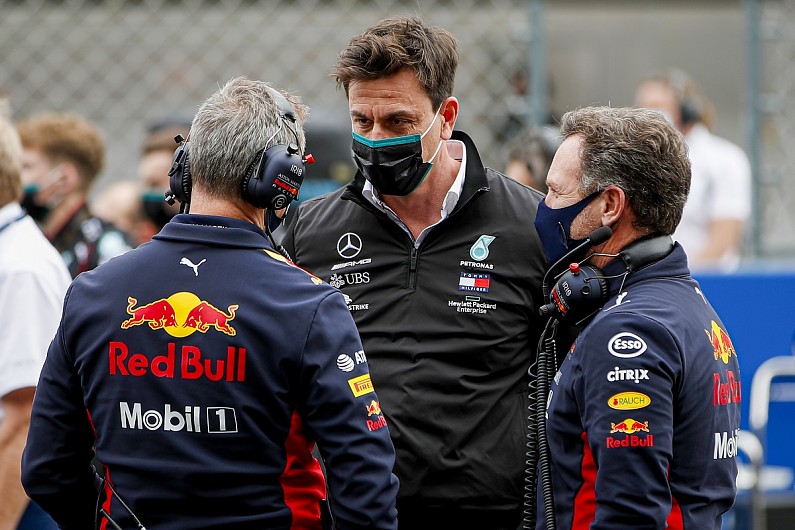 Wolff feared that were F1 to go down such a route, it would lead to greater doubt over performances, and also open the door for manufacturers to game the system.

“I’ve seen it in DTM where weights were introduced based on your performances, and the only thing we heard after qualifying was ‘well I would have qualified on pole if I wouldn’t have had 5kg in the car’,” Wolff said.

“That was the whole narrative of the DTM seasons.

“Formula 1 must stay very, very far away from that, or we end up [like] in GTs where you design power units for the sole topic of manipulating the system.”