Williams activated the practice run plan it had configured for the shortened Imola Formula 1 weekend in response to the opening practice sessions for the Eifel Grand Prix being cancelled.

The missing FP1 and FP2 sessions on Friday at the Nurburgring left teams with only one hour of practice running ahead of qualifying, which is similar to the situation they will face later this month at the Emilia Romagna GP at the Imola track.

For that event, due to the lengthy journey from the Portuguese GP at the Algarve International circuit the weekend before, the field will have just one 90-minute practice session to prepare.

Williams’ head of vehicle performance, Dave Robson, said that thanks to “some level of planning, but also by good fortune” his team already been “discussing last week what the Imola run plan ought to look like”, and as a result was able to enact it with George Russell and Nicholas Latifi in FP3 on Saturday.

“Apart from the fact it was only 60 minutes practice [yesterday], and it’ll be 90 in Imola, we were able to put what we were going to do at Imola largely into practice [at the Nurburgring],” he added, when asked by Autosport if the unexpectedly short Eifel GP weekend had helped it prepare for Imola.

“I don’t think we missed out on an enormous amount [after the cancellations] – helped out today by the fact that they were no particular incidents or flags, so pretty much everyone got their full 60 minutes in today. 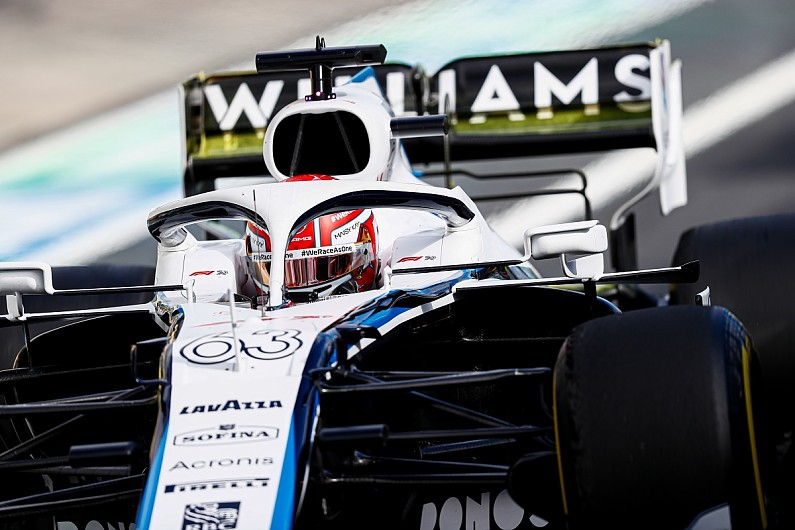 “I’m sure there will be things, having been through today that we do slightly differently in Imola – I don’t know what they are yet, we really haven’t had a chance to look through that, it’s all been a bit of a rush to get into qualifying.

“But I’m sure when we sit down and look at it on Monday, there will be a few things that will go into that Imola plan that perhaps otherwise wouldn’t have made it.

“But on the whole, I think we did reasonably well today, with the time and tyres that we had.”

Russell and Latifi both reckoned they could have made it through to Q2, but they were knocked out in Q1 in P17 and P18.

Robson explained that this result was down to a mix of driver error and inadequate tyre preparation ahead of the duo’s final flying laps.

“The tyres were on the limit – they were hard work to get warm in these cold conditions,” he said.

“So I think encountering any kind of traffic, or having an out-lap that wasn’t perfect, was a little bit costly in the first sector of the timed lap.

“To be fair to the two drivers I think the car had the pace, but only if they did put together the perfect lap – and obviously that’s pretty difficult to do today.

“Neither of them quite managed it, I don’t think. So a bit of a combination of the two things.”