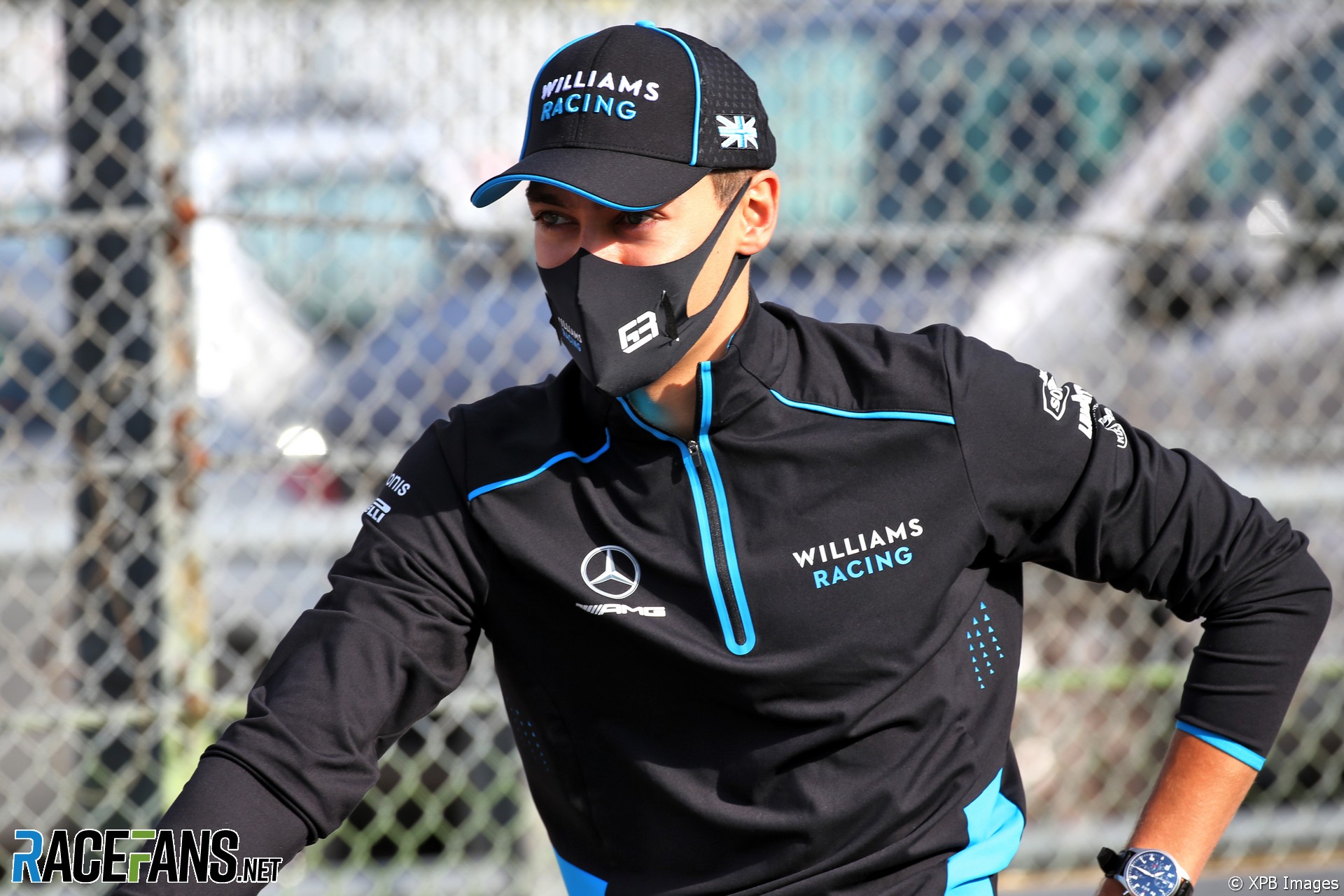 Williams have moved to end speculation over the future of their driver line-up by confirming George Russell and Nicholas Latifi will drive for them next year.

Prior to the team’s sale, former deputy team principal Claire Williams said both drivers would be retained for 2021. However after the team was taken over by Dorilton speculation mounted that the team could move to hire Sergio Perez to replace Russell next year.

Last week acting team principal Simon Roberts declined to confirm both drivers will remain with the team next year. However today Roberts said Russell and Latifi will stay with the team for the 2021 F1 season.

“I probably caused a bit of confusion last week,” said Roberts. “I’m sorry about that.

“We didn’t really want to comment on the driver position. As George said Claire made the announcement earlier this year. Nothing’s changed and this is our driver line-up for this year and next year. We’re very happy with them and we look forward to continuing to work with them.”

Russell said “nothing has changed” in his position at the team. “It was announced obviously early this year. Obviously a lot of speculation is going around and as I said there’s a lot of good drivers on the market but I’ll be in the seat with Williams in 2021, that’s what I can tell you.”