Why are Formula 1 drivers hardest hit by COVID-19? | F1 News Pierre Gasly became the sixth F1 driver to contract COVID-19 while in a training camp in Dubai. His movements, and those of his fellow drivers, have courted controversy – but also raises questions about F1 drivers’ susceptibility to the virus. LUKE SMITH investigates the reasons why

News that Pierre Gasly had tested positive for COVID-19 in Dubai came as little surprise to much of the Formula 1 community on Sunday night.

Delivered in the same Instagram Stories text format used by both Charles Leclerc and Lando Norris following their positive results in the last month – also following time in Dubai – Gasly confirmed he was self-isolating and feeling OK, before urging his followers to “take care”.

The third positive case in the space of a month, and sixth overall among the F1 grid, has acted as another wake-up call to the series on the risks it faces. Almost one-third of the field has now contracted the virus – a very high figure no matter how you look at it.

But why have F1 drivers been so susceptible to picking up COVID-19 compared to their equivalents in other sports?

F1 has already faced bigger challenges than most sporting series by virtue of its international nature. Unlike domestic sports such as football and rugby, or even national motorsport championships, F1’s globe-trotting DNA makes it impossible to avoid some risks, such as passing through airports used by general travellers.

The protocols put in place by F1 and the FIA have worked well, returning an incredibly small number of positive results and enforcing strict and effective plans should any emerge. It ensured the 2020 season could be held safely, even with rigorous rules in force – best seen in Abu Dhabi when an ‘airbridge’ was created, sealing the F1 paddock off from the rest of the city. 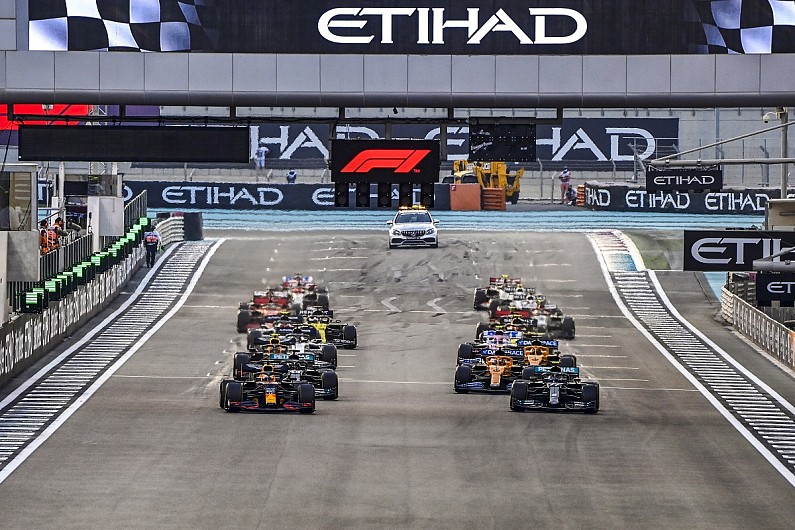 But the regular testing regime required for events is not active during the off-season, giving the paddock some respite from uncomfortable nasal rummages. Tightening restrictions around the world have meant there is still a need to remain vigilant, particularly as new, more transmissible strains begin to emerge.

Alpine driver Esteban Ocon explained at the end of last year how it would be difficult to drop precautions even without the regular testing, given the need for drivers to complete their intense winter training regimes.

“There is going to be a high period of training, I need to catch up on the weight that I’ve lost during the season and get my fitness level up again,” Ocon explained.

“We’re not going to be tested as much, but we don’t want to get sick and lose 15 days and feel unwell.”

The effects of COVID-19 even on elite athletes like F1 drivers was seen plainly last year. Lance Stroll missed the Eifel Grand Prix through illness, pulling out ahead of qualifying and testing positive upon returning home to Switzerland. His form was patchy upon his comeback, with the Canadian admitting to Autosport in a late-season interview that he felt the impacts for a while.

“It wasn’t an easy recovery for the first couple of races,” Stroll conceded. “I still had that kind of COVID hangover for a couple of races in Portugal and [Imola]. And that was actually really tough. I was out of the car for like a month from the race, from Russia until Portugal, like four weeks out of the car with COVID, no exercising. I lost a lot of muscle, there was no training. So it was a tough comeback.”

It’s a risk the drivers were conscious of, but it has not stopped many of them travelling, raising questions about the necessity of their trips. At a time when self-anointed “influencers” have been pleading for forgiveness for jetting to Dubai in order to undertake essential work – posing on beaches apparently helps motivate people back home – F1 drivers who have been travelling have not been immune to criticism. 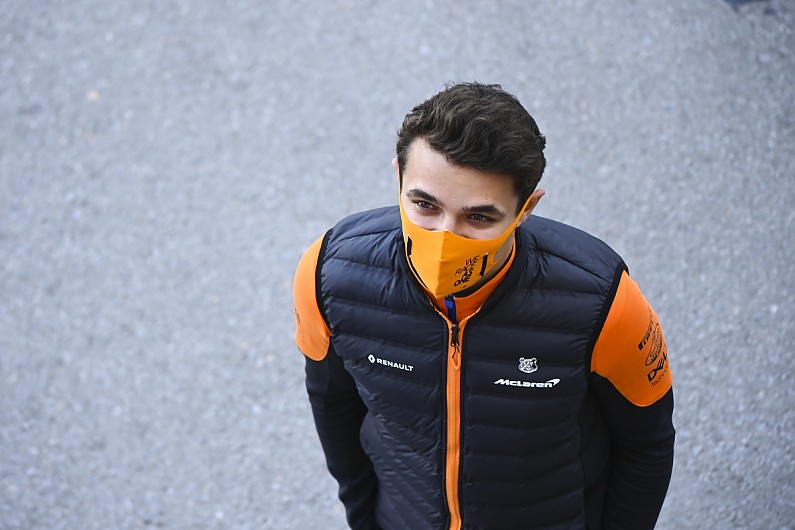 Norris and Leclerc were both subject to fan questions about their decision to travel to Dubai. McLaren said that Norris had travelled there for a training camp, but was having a short holiday beforehand. Gasly has an apartment in Dubai and has spent time there over the winter, meaning he is technically at home, but has been photographed interacting with people while not wearing a mask or socially-distancing in recent weeks.

As countries began to instigate lockdowns again towards the end of last year, Dubai’s low number of COVID-19 cases made it a popular and relatively easy location for people to travel to. Emirates was openly marketing its flights noting that Dubai was a ‘travel corridor’, and on the list of locations where passengers returning to the UK did not have to quarantine for two weeks upon arrival. Most restrictions, with the exception of wearing face coverings, had been removed, while an ambitious vaccination programme targeting 50% of the UAE’s population by March commenced.

But unsurprisingly, cases have now surged. A record daily high of 3,657 cases was reported in the UAE on 30 January, prompting the UK government to place the country on the ‘red list’, banning travel. A number of other sportsmen and women who travelled to Dubai for winter training also returned positive results, including footballers from Manchester City and Arsenal. In Scotland, the Celtic squad was without 13 players for a recent match after one of its players on a Dubai training camp tested positive and forced wider isolations.

This F1 off-season is perhaps the most needed in the series’ recent history. The run of 17 races in just over five months stretched the entire paddock, making it important for everyone to get some time off. The drivers had the freedoms they would normally enjoy – travel where you want between races, take breaks through the season – snatched away because of the pandemic.

“You feel like you’re a bit in a cage, where you don’t have the freedom to really do and see the people you want,” Gasly told Autosport before the end of the season. “So I’m clearly going to take the opportunity over the off-season to do it, because who knows what is going to happen next year. We may be in a similar situation.”

The international nature of F1 does not fully explain why so many drivers have contracted COVID-19, though. MotoGP has a similarly far-flung calendar, yet only four riders across its three paddocks – MotoGP, Moto2 and Moto3 – are known to have tested positive. Most riders have spent the winters at their bases in Europe. 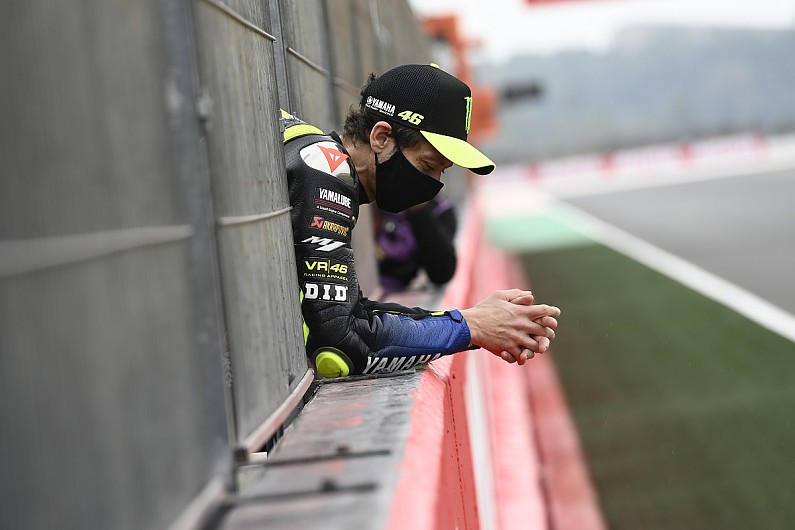 Some F1 drivers and teams have opted to keep a low profile when it comes to publicising their winter movements. Sergio Perez and Sebastian Vettel have both travelled to the UK in recent weeks to visit their new teams and complete seat fittings, but otherwise there have been few clear signs of drivers jaunting to their factories or taking holidays, heeding advice from their teams to stay conscious of the global situation.

One theory defending Norris, Leclerc and Gasly was that it was better for them to catch COVID-19 now than during the season, which would force them to miss races. It’s an idea similar to the ‘corona camp’ Dr. Helmut Marko – not a doctor of medicine, remember – suggested last March for his Red Bull drivers.

The scientific research has been mixed. A recent study from Public Health England claimed a “naturally acquired immunity as a result of past infections provide 83% protection against reinfection”, lasting for at least five months. But it is still possible to carry COVID-19 and transmit it to other people, and it remains unclear just how long such immunity would really last.

The price, if any, the drivers who have contracted COVID-19 will pay remains to be seen. Norris has since completed his isolation and returned to the UK, while Leclerc was back on-track for Ferrari last week at Fiorano. Neither has yet faced the media this year, but it will be interesting to learn just how much their pre-season preparations were impacted by the virus.

Newly-appointed F1 CEO and president Stefano Domenicali recently spoke about the need for drivers to be ambassadors for the series’ off-track views, relating to its We Race As One campaign and anti-racism messaging. But the same is also true in relation to the pandemic. It’s important that drivers take care to adhere to guidelines as best possible, even during the off-season, not just for their own sake but to be aware of the wider global situation. Just because they no longer run the risk of missing a race does not mean they should let their guards down completely. 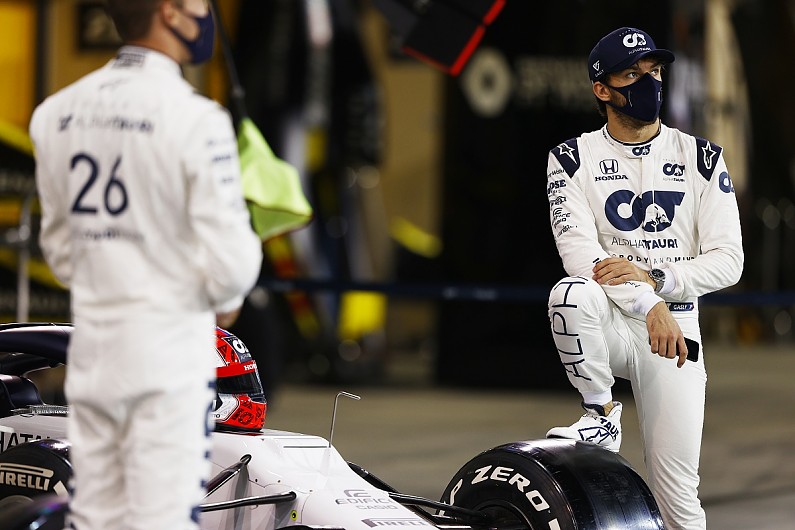