Who were the saints and sinners of F1’s 2020 penalty points system? | F1 News Formula 1 drivers give everything to finish as high up as they can in the official world championship standings, but there’s one points table they would rather not top.

Since 2014, F1 has had a penalty points systems in place where any breaches of the rules means a drivers’ superlicence is given endorsements.

If any driver racks up 12 points over a 12 month period, then they will face an automatic one race ban.

The 2020 season saw a remarkable turnaround for the driver who had started the year as the unofficial bad boy in top place in the penalty points ranking.

Sebastian Vettel, who came into 2020 with seven penalty points to his name, ended the year without a single point being handed out to him.

The same could not be said for this year’s penalty points leader Alex Albon, the Red Bull driver landing at the top of the pile for earning seven points during the season.

They were handed out at Silverstone (colliding with Kevin Magnussen), Monza (pushing Romain Grosjean wide), Sochi (driving around a bollard incorrectly) and at the Nurburgring (collision with Daniil Kvyat).

However, Albon would not have been top were it not for world champion Lewis Hamilton having two points removed after a change of heart from the FIA at the Russian Grand Prix.

The Mercedes driver had originally been given two penalty points for conducting practice starts in an unauthorised position. That left him, until subsequent points were wiped away at the Turkish Grand Prix after hitting their 12 month expiry date, briefly on the verge of a race ban.

Without those extra two points, Hamilton ended the year in equal second spot with George Russell on six points. 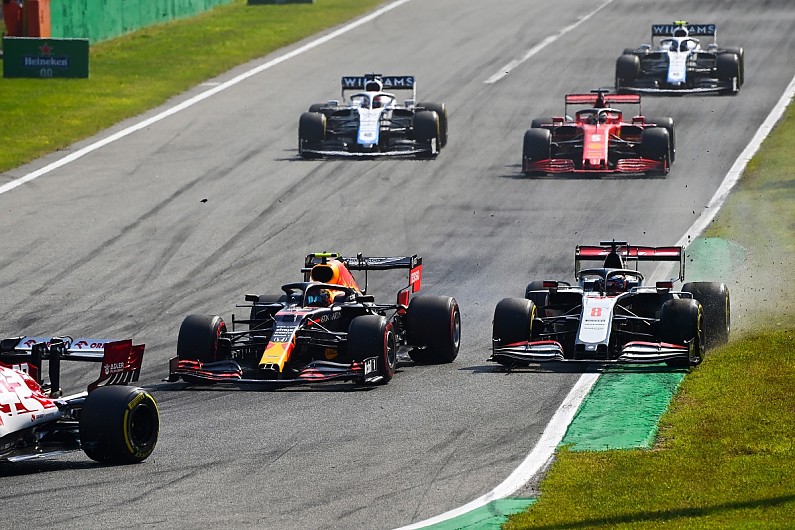 Four of Hamilton’s points had been picked up in the season opener at the Austrian Grand Prix when he was punished for not slowing sufficiently for yellow flags in qualifying, and then a collision with Albon in the race.

Hamilton’s other two points were controversial. He picked them up at Monza after entering the pit lane, which was closed because of Magnussen’s Haas being removed from the side of the track. The associated penalty ultimately cost him victory in the Italian Grand Prix.

Russell has only been penalised twice this year, but picked up three points each at Silverstone and Istanbul for disregarding yellow and double yellow flags.

Fourth overall on the 2020 list was Lando Norris, who ended the 2020 season with five points.

The list of drivers who did not pick up any points last season grew. In 2019 only two drivers managed to have a completely clean campaign, whereas in 2020, eight drivers steered clear of any sanction.

This included Mercedes driver Valtteri Bottas, who had already gone without a point in 2019 and thus kept a clean slate for the second year in a row.

The current points are taken into the new season and expire after exactly one year.

The next round of points to be removed comes at the beginning of July (when the 2020 season opened). If the current planned 2021 calendar goes ahead unchanged, there will be 10 races before that date. Hamilton happy to see F1 rivals catching up in 2021