Winning a single race in Formula One, let alone a championship, is a task that requires a great deal of effective management. How then, have Mercedes AMG F1 won 6 World Titles in a row and are en route to the 7th? Soumil Arora explains…

Human nature revolves around analysing and understanding mistakes, quite often those that others make. For years, all of us have been trying to pinpoint exactly what’s gone wrong with an ailing team in Ferrari. We spend hours discussing this with our fellow fans, sometimes at the most absurd of times, about where the Prancing Horse lacks the cutting edge.

Where every fan becomes an analyst… and rightfully so!

In the last three years itself, we rolled the wheel of blame after almost every race – some days, its the Team Principal at fault, the other days, it may be Sebastian Vettel and believe you me, some have even pointed the finger at Fernando Alonso’s stint in the team! 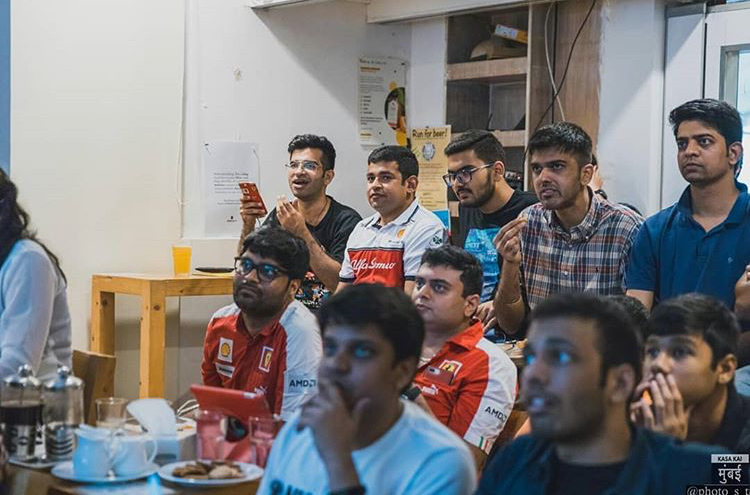 Sport to me is simply an extension of human nature and the sheer passion we have drives us on to speak about the failures of such teams with such fervor and spirit. Yet, what baffles me is that we never quite look at success in the same way. Almost always, we as a community accept the success, applaud it for a short bit and casually drift off towards speaking about what others have done wrong. I myself am guilty of the same!

Perhaps this is the reason why we always under-appreciate the might of this Mercedes AMG F1 team. As the idiom goes, ‘Familiarity breeds contempt’. Watching the Silver Arrows win a Grand Prix almost every other weekend has become a familiar sight, something we take for granted. Heading into the season, knowing that Mercedes AMG F1 will most likely have both their hands on the crown for another year takes our mind into the zone of under-appreciation. 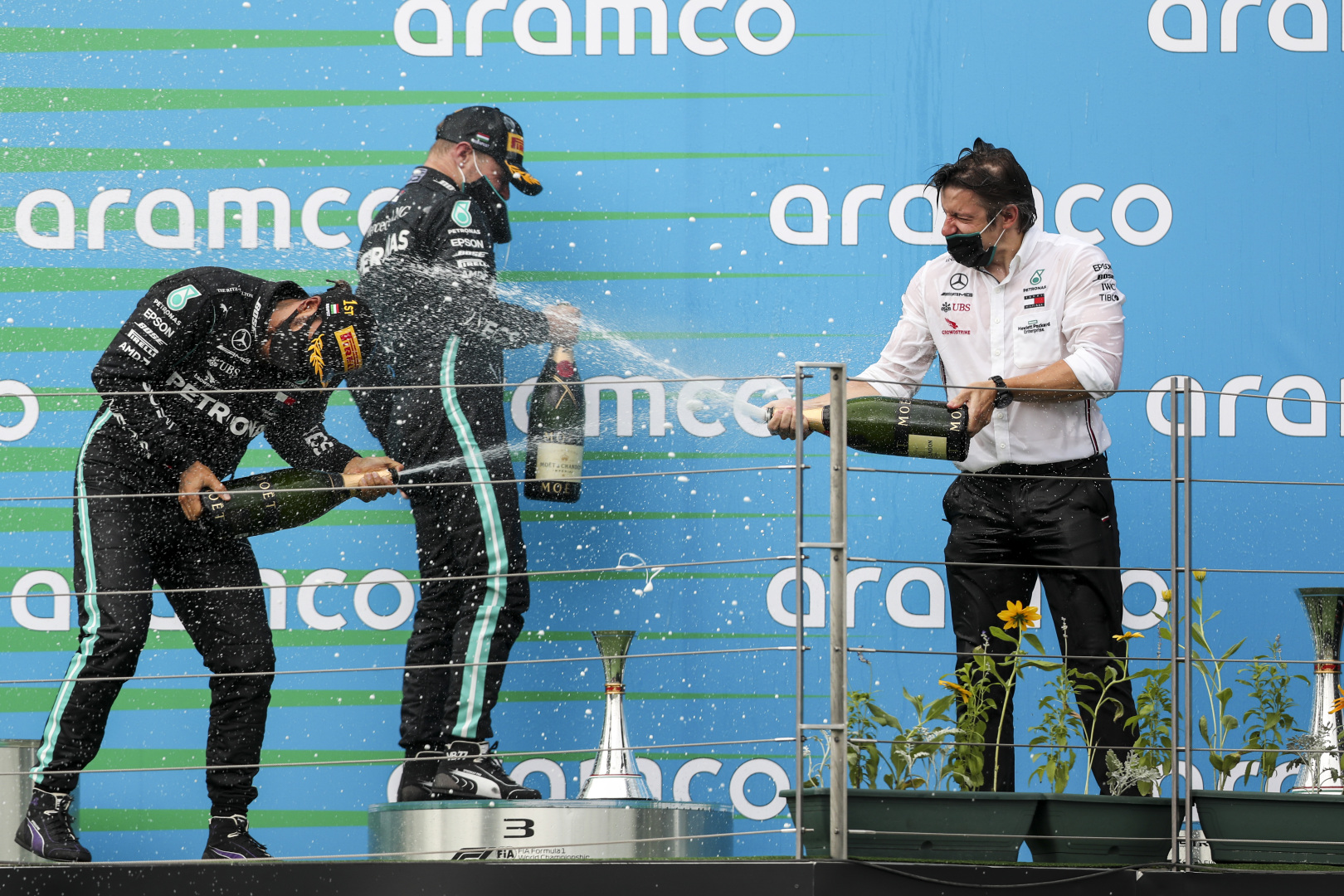 Yet, if you step back and take a look at what Toto Wolff’s men and women have achieved in the last seven seasons, the numbers will leave you with a paroxysm of bewilderment. 93 wins out of a total of 125 at the time of writing. 49 1-2s. 98 pole positions and 63 fastest laps. These numbers are enough to make the eyes of all their rivals widen in disbelief, enough to put their name on the cover of the history books and enough to make you wonder, how do they keep going?

Looking back in time, we have seen complacency settling into teams after a few race wins. This complacency hinders effort and is a one-way trip to the land of unsustained success. Case in point, the legendary McLaren M23 towards the end. It may have won the title in 1976, but Formula One never waits for anyone; the minor upgrades were not enough and the other, more proactive teams basked in success as the M23 soon disappeared.

The real question for a team like Mercedes AMG F1 is, ‘how do you not get complacent’? How do you not get bored and demotivated after trumping the competition for 6 years in a row? How do you still have the fire within you to push the limits and come up with a system like DAS? How do you extract almost half a second from a dominant car like the W10 to make the W11? 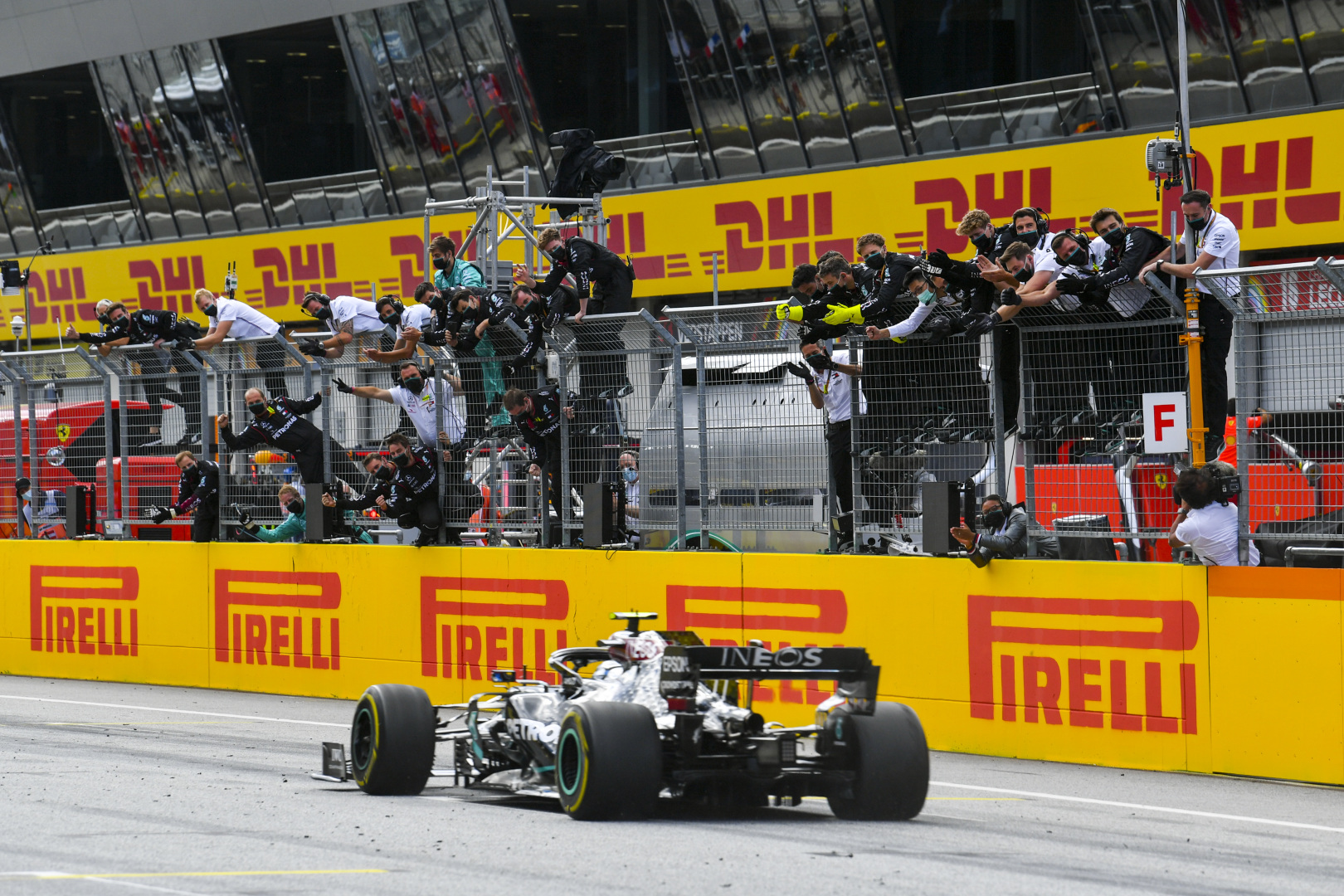 All of this when the other teams are falling off the balancing beam! Their dominance is so evident, that Racing Point decided to virtually copy their 2019 car for 2020! Imitation is the finest form of flattery!

Where Mercedes AMG F1 are unlike any team in history

Achieving something quite like this requires the management structure to be astute. You need every single one of your thousand employees to be highly involved and heading towards the same direction in the project. The top management needs to be in sync with those right down at the bottom rungs of the hierarchy and that is far easier to say than to actually execute. Many CEOs end up spending their entire careers figuring out the secret to something quite like this! At Mercedes, they seem to have found an answer!

How have Toto Wolff and co managed to achieve such a high level of performance and such a superb working environment? Frankly, I have no clue but this is something that intrigues me to a great degree. The drab, but significant bottom line

They may look dull and boring, opening up an entertainment vacuum but you’ve got to admit, the way the team is run and managed is absolutely astute.

There’s a reason why Mercedes AMG F1 is referred to as a well-oiled winning machine – they really are the personification of a management masterclass.