Wayne Taylor Racing will not retain any of its current drivers in the IMSA Sportscar Championship next season, Autosport understands, despite their 2020 efforts putting the team in championship contention.

Autosport has learned that the team will drop full-timers Renger van der Zande and Ryan Briscoe, its endurance third driver Scott Dixon and regular Daytona 24 Hours pilot Kamui Kobayashi for its move to Acura next season after four years with the Cadillac DPi-V.R.

WTR and prototype class returnee Meyer Shank Racing will run one ARX-05 each after taking over the programme from Team Penske, whose IMSA drivers are set to remain with the programme.

Penske’s championship leader Ricky Taylor is set to return to the family team with which he won the 2017 prototype title alongside Filipe Albuquerque, who raced full-time with Action Express Racing between 2018 and 2019 before reverting to an endurance-only role this year when the team scaled back to a single car.

Alexander Rossi will reprise his current endurance driver role for Penske, while his and Taylor’s current team-mate, Helio Castroneves will begin his post-Penske career as WTR’s fourth driver at Daytona before joining up with MSR’s IndyCar team for a partial six-race schedule.

Outgoing champion Dane Cameron is expected to sign with MSR and partner the already-announced Olivier Pla, with Castroneves likely to contest the remaining endurance races.

Van der Zande and Briscoe currently lie just two points behind Castroneves and Taylor in the IMSA Prototype drivers’ championship after victories at the Daytona 24 Hours and Petit Le Mans with Dixon, and runner-up finishes at the Sebring 240 and Road America. 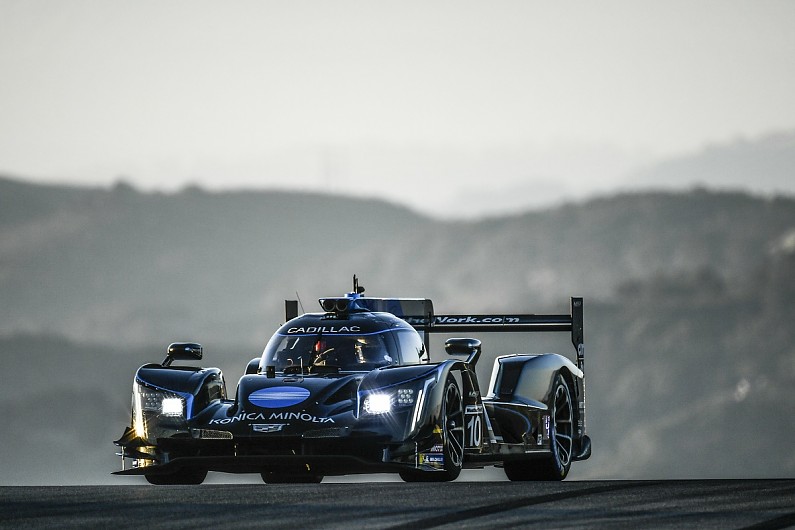 The pair would be viable options to join newly-crowned NASCAR Cup champion Chase Elliott and Jimmie Johnson at next year’s Daytona 24 Hours in a second Action Express Cadillac.

“Both of our guys, Chase and Jimmie, will be in the 24‑hour race, so I’m looking forward to that,” he said.

When asked to clarify, Hendrick said: “Maybe I jumped the gun on that. I’m not 100 percent sure.

“I heard a rumour, okay, so I can’t confirm that.”