Three outgoing Penske drivers will join the Wayne Taylor Racing IMSA Sportscar Championship squad on its switch from Cadillac to Acura for next season.

Ricky Taylor, his 2020 IMSA co-champion Helio Castroneves and Alexander Rossi will all move over from Penske after its factory deal with Honda’s Acura brand came to an end with on the conclusion of this year’s IMSA campaign.

Taylor, who is returning to the team run by his father Wayne after three seasons with Penske, and Albuquerque will drive the ORECA-based Acura in the full IMSA schedule.

Rossi will join them for the Daytona 24 Hours, Sebring 12 Hours and the 10-hour Petit Le Mans enduro at Road Atlanta, while Castroneves will be the fourth driver at the season-opener at Daytona in January.

Team boss Wayne Taylor explained that it was important to bring in drivers with Acura experience after parting company with Ryan Briscoe and Renger van der Zande.

“Because there is such a change going from a Cadillac with a Dallara chassis to an Acura with an ORECA chassis, this is a bit of new project for us,” he said.

“So one thing that I wanted was to have the drivers who have driven that car for the past three years.

“Ricky, my son, will come back from Penske, although he is actually driving for Honda Performance Development and being supplied to me.

“Because Alexander has driven with Ricky [and Castroneves] in all the long-distance races [at Penske] he was a natural to come on board.” 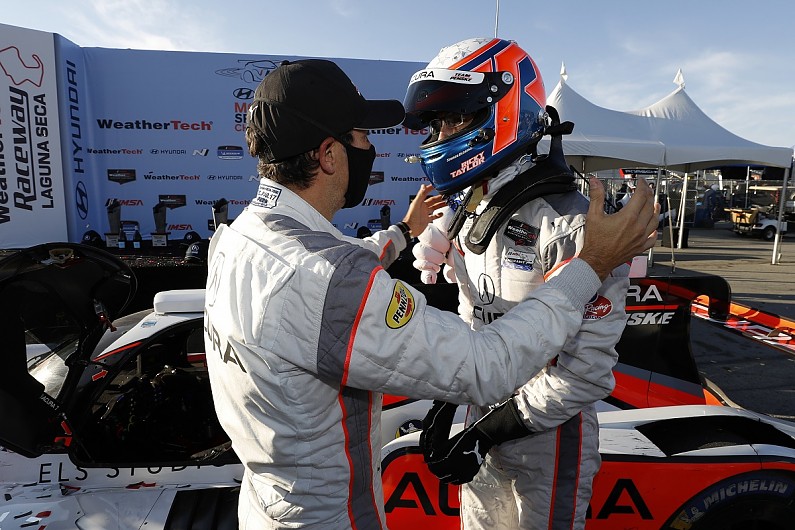 Taylor added that he was keen to get Castroneves in his line-up because of his relationship with Ricky.

“I know how important he is to Ricky.”

Taylor revealed that he had been in contact with Albuquerque ahead of the 2020 season after the Portuguese dropped down to an enduro-only programme with the Action Express Racing Cadillac squad.

“Filipe and I have been talking over over a year: we were trying to make something happen at the beginning of 2020,” he said.

“I’m really excited that we have managed to get this to work out now.

“He’s just won the WEC [LMP2 title] and has always been competitive over here: he is a great guy with a lot of speed.”

WTR revealed that he its has no plans to test its ARX-05 ahead of the official pre-season Roar test at Daytona the week ahead of the race on 30-31 January.

The winners of the 2020 edition of the race will instead concentrated on building up its new chassis in preparation for its campaign.