Maverick Vinales feels 2020 is a lost year for himself and Yamaha to win the MotoGP title in Marc Marquez’s absence, and says he’s “paying” for Yamaha’s engine debacle.

Vinales is currently 19 points from championship leader Joan Mir with three rounds to go, but will have to start the European Grand Prix from the pitlane having had to exceed his engine allocation and unseal a sixth motor.

This came in the wake of Yamaha being found guilty of running illegal engines in the Spanish GP in July, with the manufacturer docked points but not the riders.

Vinales lost an engine during the Spanish GP weekend and two more after it once it became clear the engines fitted with the non-homologated valves may be contested – leaving him with just two engines for much of the campaign.

With reigning champion Marquez ruled out through an arm injury sustained during the Spanish GP, the doors were opened wide for Vinales and Yamaha to challenge for the title.

PLUS: How Yamaha’s engine debacle may cost it the 2020 MotoGP title

When asked if 2020 was a lost season, Vinales said: “For sure yes, because we have to be clear that Marc is not here, so it was a really good opportunity.

“Honda and Marc are in another level and they show by the year. 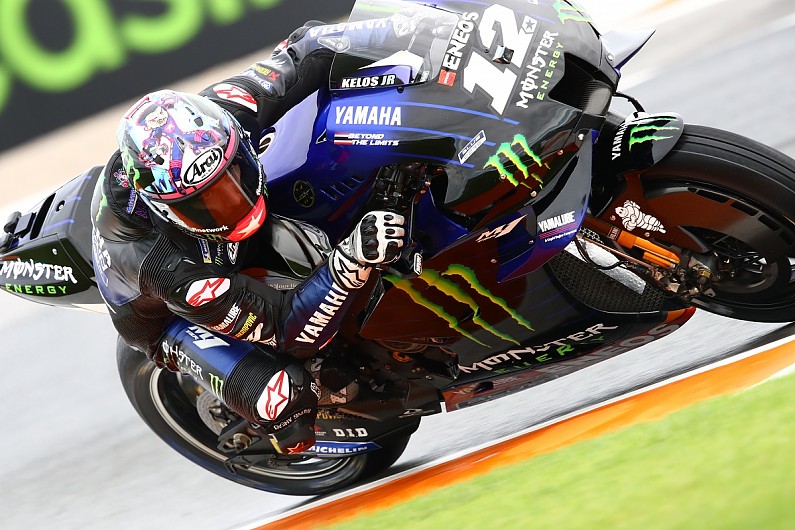 Vinales says the illegal engines saga – which Yamaha claimed was an “internal oversight” – is something “we pay for all season”.

The Spaniard admits he knew from the Austrian races he would be in trouble with engine mileage for the remainder of the season.

He also lamented Yamaha’s inconsistent form throughout 2020, calling the races without the “specific” conditions required for the M1 to excel a “nightmare” and says he “never had a good feeling” on the bike for most of the grands prix.

Looking ahead to his Valencia race, Vinales faces an uphill struggle to stop his 19-point disadvantage swelling starting from the pitlane – but admits he will not take too many risks if the maximum he can achieve is simply cracking the top 15, regardless of the championship situation.

“I will not risk,” he said, when asked by Autosport if his race would be all or nothing to keep his title hopes alive.

“If the bike is not working… I mean, if I cannot make amazing lap times to catch the front guys I will not risk, I will not crash myself and get injured or whatever.

“We will try to give the maximum as always, it has been very difficult for sure.

“If I have a good feeling I will push, if not, then no.

“It’s not necessary to push because without an amazing feeling I will not get past 14th or 15th. So, two points means nothing.”

Vinales also admits the lack of dry running ahead of what looks like being a rain-free race “worries me”, as he was “a bit in trouble” with his bike during the drying FP2 session in low-grip conditions.