Sebastian Vettel admitted that he had “failed” in his mission to win a Formula 1 world championship with Ferrari, ahead of his final race with the team in Abu Dhabi.

The four-time world champion joined Ferrari from Red Bull in 2015, and finished runner-up to Lewis Hamilton in both 2017 and 2018.

But having been usurped in the team by new arrival Charles Leclerc in 2019, the option on Vettel’s contract was not taken up by Ferrari and he will be replaced next year by Carlos Sainz Jr.

Vettel, who will instead drive for Racing Point when it is rebranded as Aston Martin next year, won 14 races in his time with Ferrari, putting him third in Maranello’s all-time list behind title winners Michael Schumacher (72) and Niki Lauda (15).

However, despite logging respectable statistics over his six years of an era dominated by Mercedes, Vettel says it wasn’t enough having missed out on the big prize he set himself upon arriving at the team.

PLUS: Why Vettel’s next move can define his F1 legacy

“It still doesn’t change anything, we’ve still failed,” he said.

“We had the ambition and target to win the championship and we didn’t, so I think it’s just an honest reflection.

“I don’t think saying it out loud changes anything.

“Probably we were up against a very strong team/driver combination, one of the strongest we’ve seen so far. 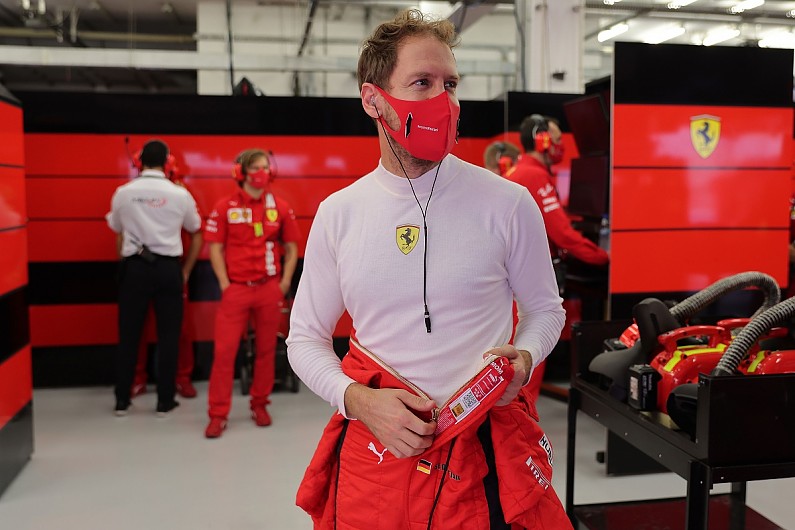 “But our goal was to be stronger than that and in this regard, we have failed.

“There’s a lot of reasons why, but in the big picture, I think it’s not unfair, it’s just the truth. Nothing wrong with saying it out loud.”

Vettel downplayed the significance of the pressure resulting from representing Ferrari and its passionate fanbase, saying the biggest pressure during his time at Ferrari was exerted on himself.

“The pressure in Italy, the fans and so on, yes, it is there, but ultimately I always set the highest sort of expectations on myself, and I think I was the first and best judge if I didn’t achieve them,” he said.

“So rest assured that, when I stuffed the car in the gravel in Germany [in 2018], I wasn’t happy before the tifosi weren’t happy.

“I think it sounds nice, and it adds a little bit of drama to everything. But I’m definitely not holding that as an excuse for coming short here and there.

“I think if you are ambitious to win, and you have the target to win and to succeed, then you’re the first one to realise that yourself, and it isn’t depending on the pressure from outside.

“Everybody’s different, but for me it wasn’t the one thing holding us or holding me back.”

Reflecting on the famous Hockenheim accident, where Vettel had been set to extend his championship lead over Hamilton only for the Mercedes driver to score an improbable victory and seize a lead he would never relinquish in the title race, the outgoing Ferrari driver insisted his “little mistake” wasn’t a turning point in his relationship with the team, which he described as “a rollercoaster ride over the years”. 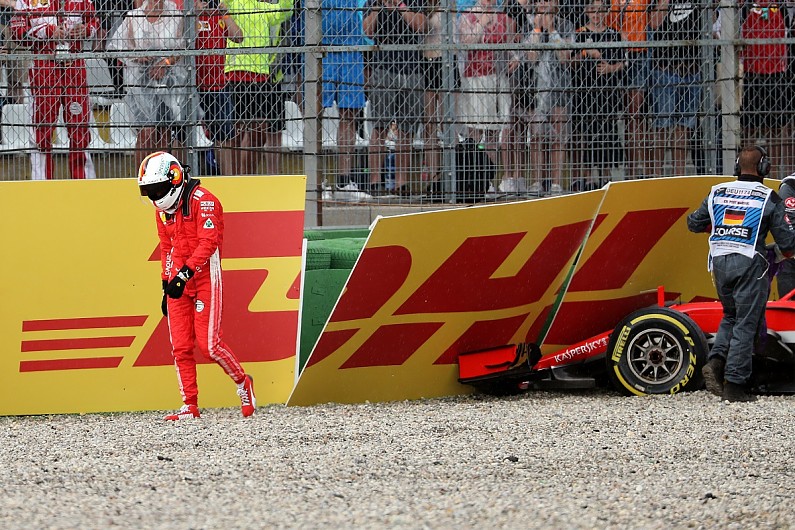 “There were definitely more things happening I think in the 2018 season,” he said.

“We’ve had the passing of Mr [Sergio] Marchionne, the change in leadership from Maurizio [Arrivabene] to Mattia [Binotto], so maybe the ’18 year was a decisive year for many things.

“I don’t know if you can really break it down to only one thing. Looking back, there were a lot of things that we should have and could have done better.

“But everything that happened happened for a reason. The main thing on my side is to make sure that I learned from it, and I think I have grown with it.

“Overall I feel much more comfortable or in a better place now than than those years ago, but certainly at the time, it hasn’t always been been easy and straightforward.”