After setting the pace in FP1 at the Red Bull Ring earlier in the day, Verstappen emerged as an early leader in second practice, trading fastest laps on the hard compound tyre with Hamilton in the Mercedes.

Drivers spent the early part of the session with one eye on the weather due to an 80% chance of rain, but managed to complete all of their running on dry tyres with only a few raindrops falling.

Verstappen set the pace for Red Bull on the hards before making the switch to softs slightly later than Hamilton, who was able to go fastest with his first run on the red-ringed compound with a time of 1m05.796s.

Hamilton wound up a second run on the softs and shaved four-tenths of a second off his time, whittling it down to 1m05.335s – only for the lap to be deleted because he breached track limits. 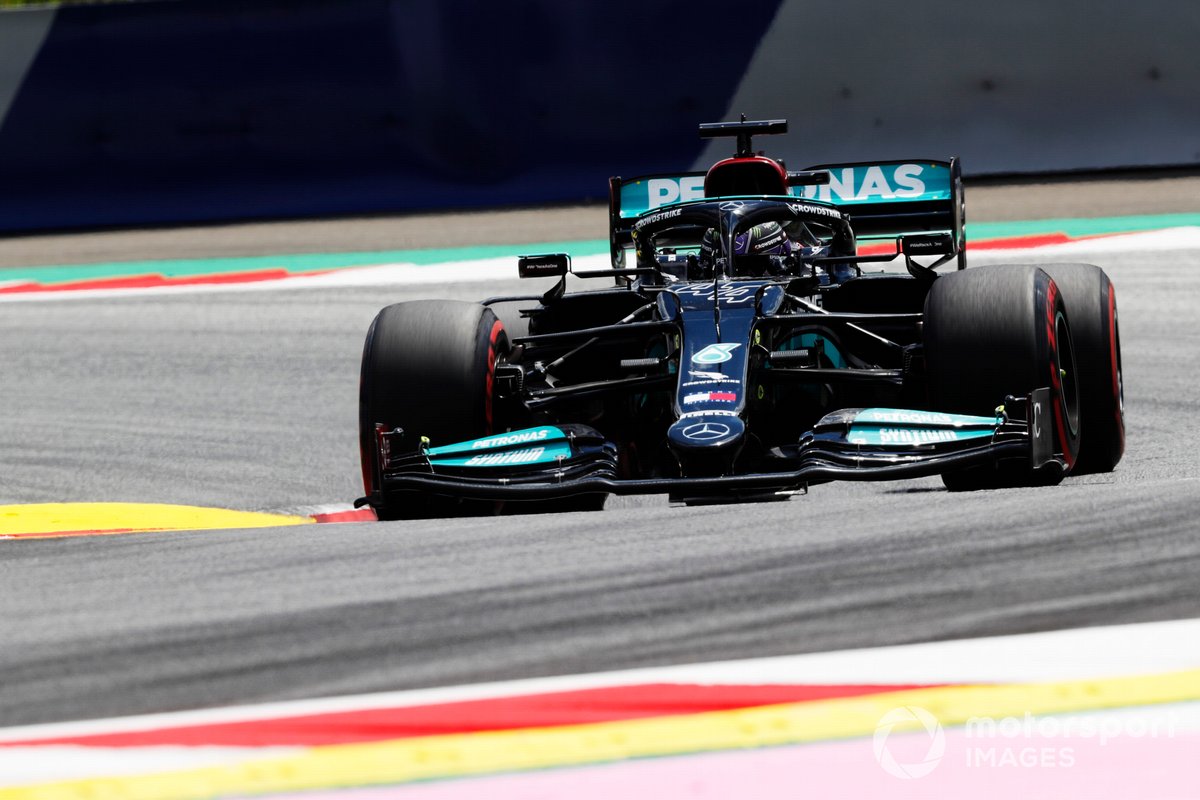 Replays showed Hamilton fighting to keep his car within track limits at the exit of the fast right-hander, but as he put all four wheels beyond the red-and-white kerb, the time was deleted.

It meant Verstappen – who crossed the line just moments after Hamilton – inherited P1 thanks to his best lap of 1m05.412s, which he fell one-tenth short of beating with his second effort on the softs.

The lap deletion left Hamilton fourth in the final timesheets after McLaren’s Daniel Ricciardo and Alpine’s Esteban Ocon both rose into the top three with their soft tyre runs.

Ocon had briefly led FP2 with a lap of 1m05.790s before Verstappen went quicker, with Ricciardo also leapfrogging the Frenchman to finish the session in P2, trailing his former Red Bull team-mate by three-tenths of a second.

Sergio Perez and Valtteri Bottas struggled to match the pace of their respective team-mates at Red Bull and Mercedes through FP2. Perez finished the session ninth, while Bottas ended up 12th after being one of the first drivers to set a time on the soft tyres.

A bizarre moment for Bottas saw him spin in the pit lane while pulling out of his Mercedes box on cold tyres, leaving his car pointing at the pit wall. He thankfully avoided the McLaren mechanics standing nearby, who swiftly helped turn the car around. 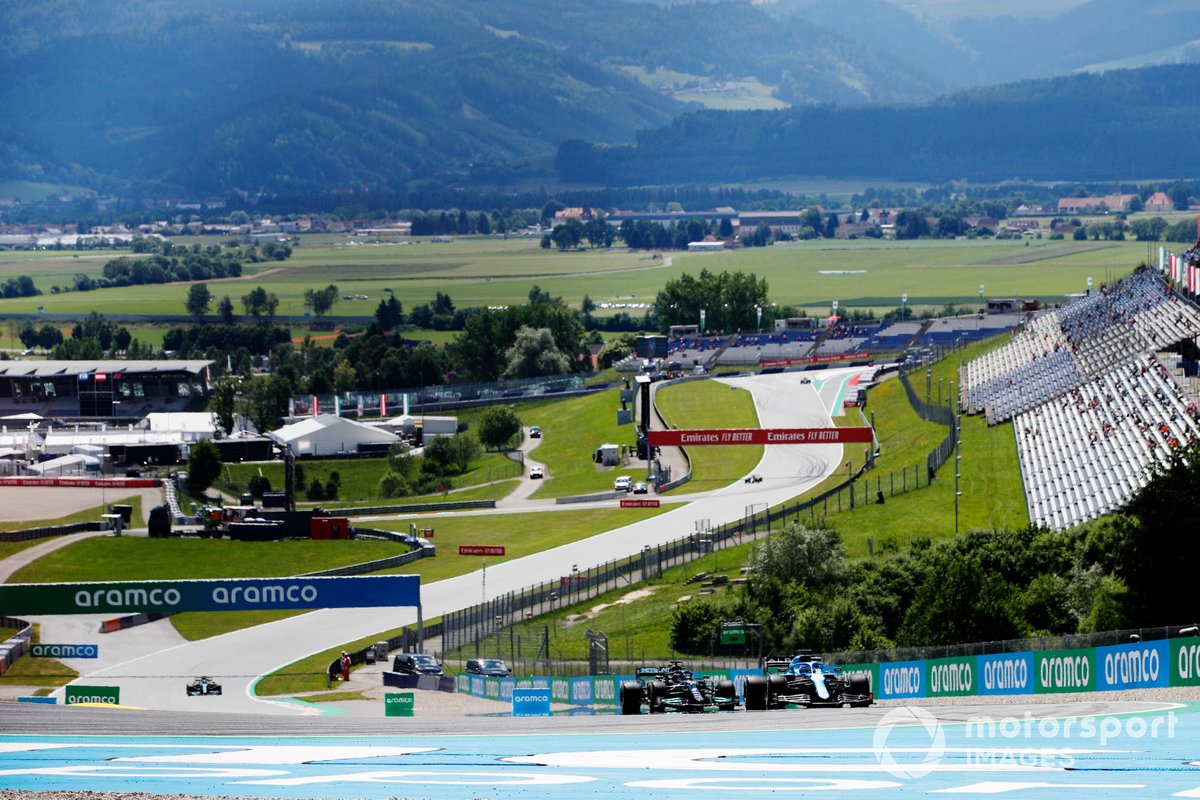 McLaren was quick to report the incident to FIA race director Michael Masi, calling it “absolutely ridiculous” and warning Bottas “could have taken our guys out there”. The stewards will investigate the incident after the session.

Fernando Alonso ensured both Alpine drivers featured towards the front of the field by taking fifth in FP2, finishing 0.037s off Ocon’s lap, while fellow world champion Sebastian Vettel ended the session sixth for Aston Martin.

Lando Norris took seventh for McLaren ahead of Lance Stroll in the second Aston Martin car, with Perez following in ninth for Red Bull. Antonio Giovinazzi rounded out the top 10 for Alfa Romeo.

Ferrari had a tough session as Carlos Sainz Jr and Charles Leclerc finished 11th and 13th, respectively. Sainz was fortunate to continue after spinning on the kerb at Turn 5 early on, while Leclerc reported that he had struggled on his best soft-tyre lap.

Nikita Mazepin and Nicholas Latifi spun within two minutes of each other in the opening half of the session, but both were able to continue, ending the session 18th and 19th. Latifi spun his Williams after touching the gravel at the exit of Turn 6, while Mazepin ran wide at Turn 4.

Pierre Gasly was ruled out of FP2 shortly before the session started after Honda was forced to complete a lengthy check on his power unit, having noticed some irregular data from opening practice. The Frenchman spent FP2 sat on the AlphaTauri pit wall with the engineers.