Max Verstappen admitted he was disappointed to lose out on pole position to Mercedes at the Eifel Grand Prix, after his final Q3 run was blighted by understeer.

The Red Bull driver emerged as a real threat for the top spot throughout qualifying, and was quickest overall during the first run in the final segment.

But he could not quite extract enough pace from his final effort, allowing both Valtteri Bottas and Lewis Hamilton to edge him out again as he ended up third quickest.

Although he was happy to be closer to the dominant Mercedes team than expected, he confessed to feeling an opportunity had slipped from his grasp.

“Yeah, it was interesting qualifying,” said Verstappen. “Of course after missing the whole of yesterday for everyone, it was very busy today.

“Overall, I think a decent qualifying just in Q3, but when it really mattered I started understeering a bit too much. And, when it’s so cold, when you’re understeering, you’re graining the front tyres so basically eating up the rubber, which cost me a bit of lap time.

“But overall I think we are getting closer towards Mercedes, which I think is very positive. So, in a way, a little bit disappointed. I was expecting a bit more but it is what it is. I think, overall, I can still be happy.” 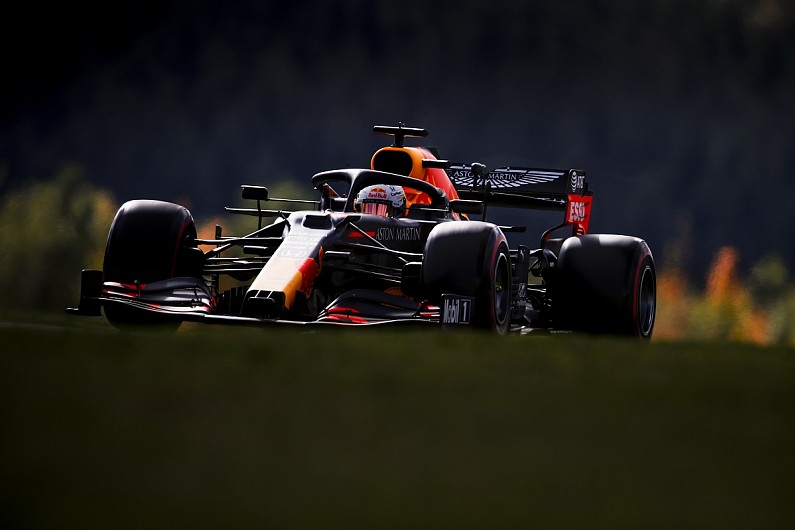 Reflecting on how the car had progressed through qualifying, Verstappen said that the understeer seemed to get worse as the session went on.

“I don’t like understeer, but also this track when it’s so cold with the tyres, it just didn’t come towards us throughout qualifying,” he said. “In the beginning it was fine, and then it just slipped away a bit.

“When you’re understeering, you can’t carry that mid-corner speed. You have to V-style it a bit more, and you lose a bit of time. But still, a good qualifying, to be that close to them.”

Bottas, who set three purple sectors in his final Q3 run to snatch pole position, said his final run was ‘spot on’.

“It’s such a nice feeling when you get it done the last lap, with the last chance, so the last lap in qualifying three was spot on,” said the Mercedes driver.

“It was what I needed and it was nice to get it together. Pretty tricky obviously with short practice. And, with these conditions, getting the tyres in the sweet spot with the out-lap, I think was one of the bigger things today.”