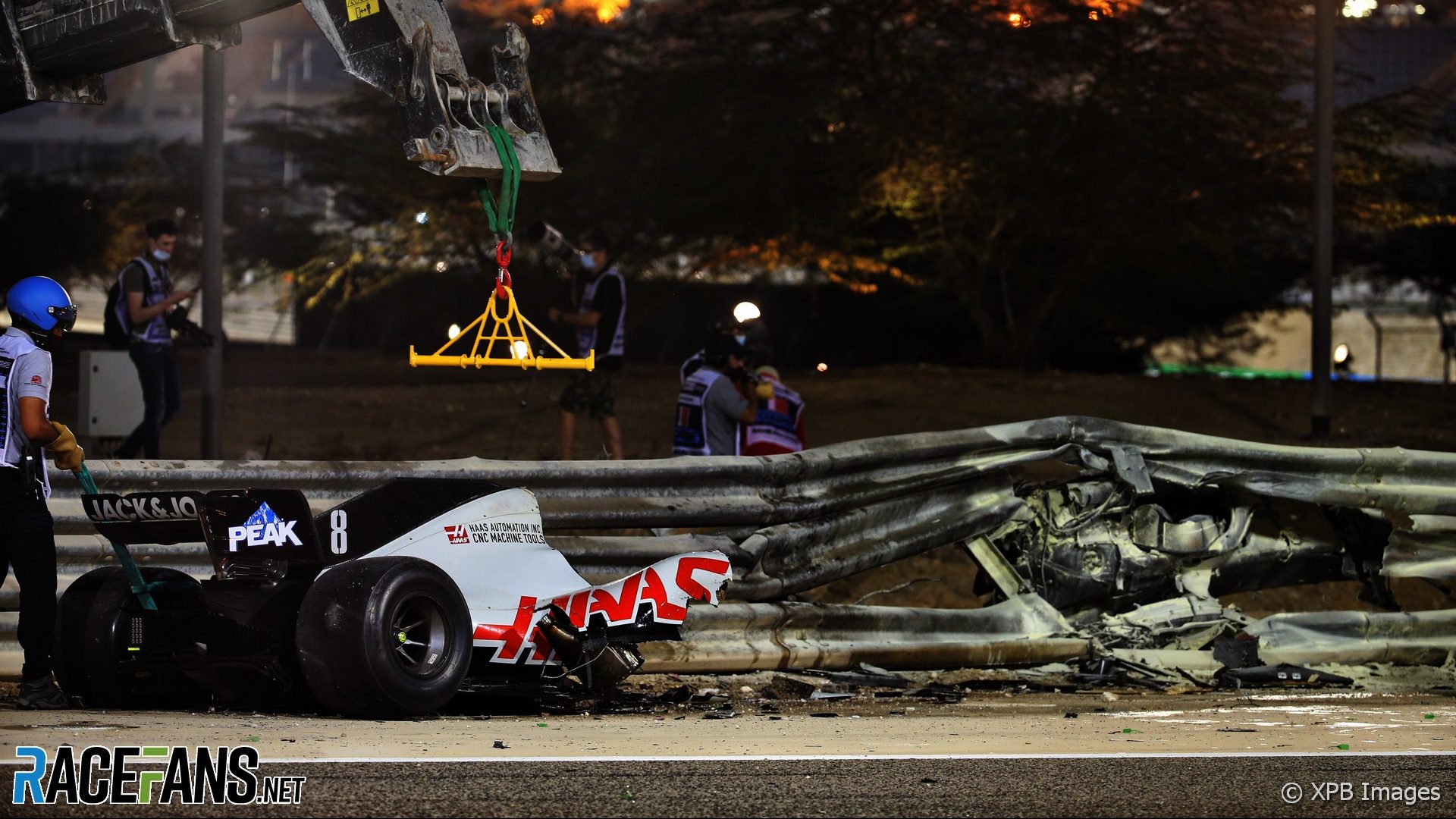 The barrier Romain Grosjean hit in his spectacular crash during Sunday’s Bahrain Grand Prix has been changed for this weekend’s second race at the circuit.

Formula 1 will use the shorter Outer circuit layout for the Sakhir Grand Prix. The decision to use the shorter track was taken months prior to Grosjean crash, and the course includes the same corner sequence he crashed at on Sunday.

Grosjean’s Haas struck a metal guardrail on the inside of the circuit when he left the track at the exit of turn three on the first lap of the race. The Haas caused huge damage to the barrier, splitting it in two. Several drivers raised questions over the performance of the barrier.

The guardrail was replaced with temporary concrete blocks before the race was restarted. The guardrail has now been rebuilt but to improve safety at the corner two rows of tyres wrapped in a conveyor belt have been added in front of it.

Other changes have been made at turn nine, which is a long right-hander known as turn 13 on the usual Bahrain grand prix track, but a faster kink on the Outer circuit. A kerb on the right-hand side approaching the corner has been removed to reduce the risk of cars being launched into the air if they run over it.

A tyre barrier on the right-hand side approaching turn nine has also been extended and increased in size, becoming four rows deep.

The FIA announced today it has begun its full investigation into Grosjean’s crash and expects to publish its findings late next month.