Yuki Tsunoda turned down a one-off return in Euroformula Open after being told by Red Bull to focus on preparing for his first Formula 1 test at Imola.

Red Bull junior Tsunoda took another step towards securing an F1 seat with AlphaTauri in 2021 by completing his first test in grand prix machinery earlier this week.

The Honda-backed youngster completed over 300km in a 2018-spec Toro Rosso F1 car, making him eligible to take part in F1 practice sessions.

He is widely tipped to land a seat with AlphaTauri in 2021 alongside Pierre Gasly and replace Daniil Kvyat.

Tsunoda revealed following his test at Imola that he had been invited by Carlin – who he races for in F2 – to take part in the Euroformula Open round at Spa last month, having raced in the championship last year.

But Tsunoda was told by Red Bull advisor Dr. Helmut Marko to turn down the opportunity so he could focus on preparing for his F1 test. 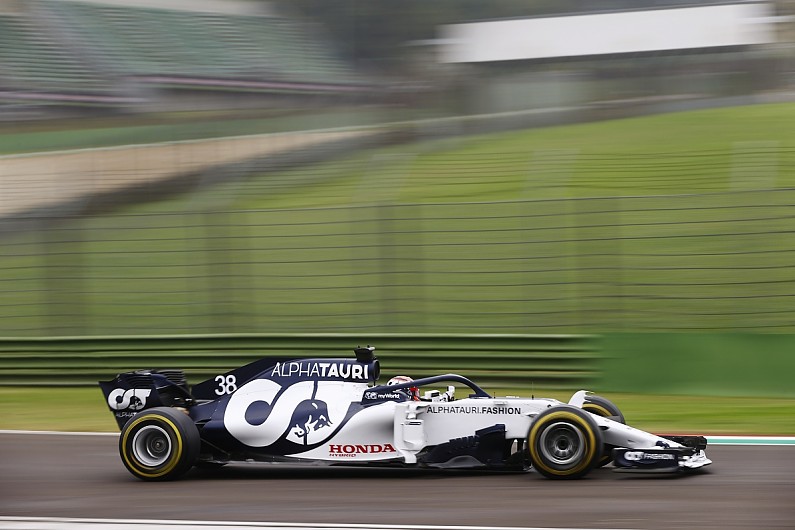 Carlin had run Ben Barnicoat in a third car at Mugello alongside full-season drivers Zane Maloney and Ido Cohen, but only entered two cars at Spa.

Tsunoda’s next race outing will come in Bahrain at the end of the month as F2’s long late-season break nears an end.

The Carlin driver sits third in the championship standings, 44 points behind leader Mick Schumacher, but is just seven points clear of Nikita Mazepin in sixth in the standings.

Tsunoda requires a top-five finish in Formula 2 to gain enough superlicence points to race in F1 next year.

Asked if he felt any extra stress or pressure entering the final two rounds of the season, Tsunoda said nothing had changed as the target had always been clear since the start of the year.

“It doesn’t make much difference, even now,” Tsunoda said.

“I already prepared for that mentality from January, so I don’t feel much, I didn’t even feel much stress about that.

“I have to focus for free practice in Formula 2, the first corner and first braking zone, what I have to do. I’ve got to focus session by session and lap by lap.”