Toyota monopolised the top of the timesheets in first qualifying for this weekend’s Le Mans 24 Hours round of the World Endurance Championship.

The two Toyota TS050 HYBRIDs set their fastest times of the event so far, Kamui Kobayashi and Kazuki Nakajima ending up three tenths apart after they went for their times early in the 45-minute session.

All five cars in the top division will go through to tomorrow morning’s Hyperpole session, which is reserved for the top six fastest cars in each of the four classes.

Bruno Senna was more than four seconds behind the Toyotas in the best of the Rebellion-Gibson R-13s on a 3m21.598s.

Tom Dillmann got between the two Rebellions to take fourth position in the ByKolles team’s ENSO CLM-Gibson P1/01. 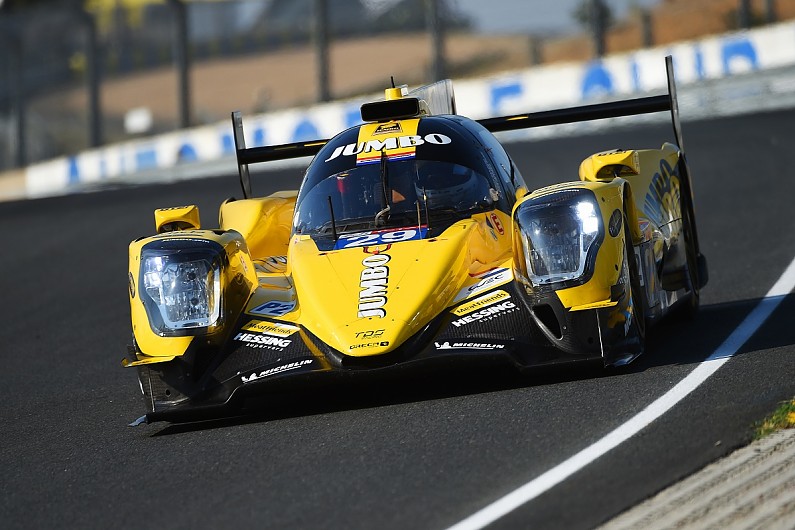 Nyck de Vries headed the LMP2 order in the TDS-run Racing Team Nederland ORECA-Gibson 07 on a 3m26.648s after his first run put him third in the times before he improved with a second attempt.

The RTN ORECA was briefly knocked off the top of the order by Jean-Eric Vergne in G-Drive Racing’s Aurus-badged ORECA, also run by TDS. The Frenchman’s 3m26.547s was subsequently deleted for a track limits violation.

The 3m27.366s Vergne set early in the session was still good enough for him to make it through to the second round of qualifying.

Will Stevens was second in LMP2 with a 3m27.097s aboard the Jackie Chan DC Racing ORECA, which was less than a tenth up on Paul di Resta’s 3m27.148s in the fastest of the United Autosports entries. Vergne’s time put him fourth, just ahead of Alex Brundle in the second United ORECA.

The Briton’s 3m27.598s set at the the end of the session put him fifth, a tenth up on the final qualifier for Hyperpole, Kenta Yamashita in the High Class Racing ORECA after Brundle’s final run pushed Antonio Felix da Costa out of the top six.

Da Costa made a late improvement in the Jota ORECA to leap ahead of Nick Tandy in the G-Drive by Algarve entry before losing his place in Hyperpole. 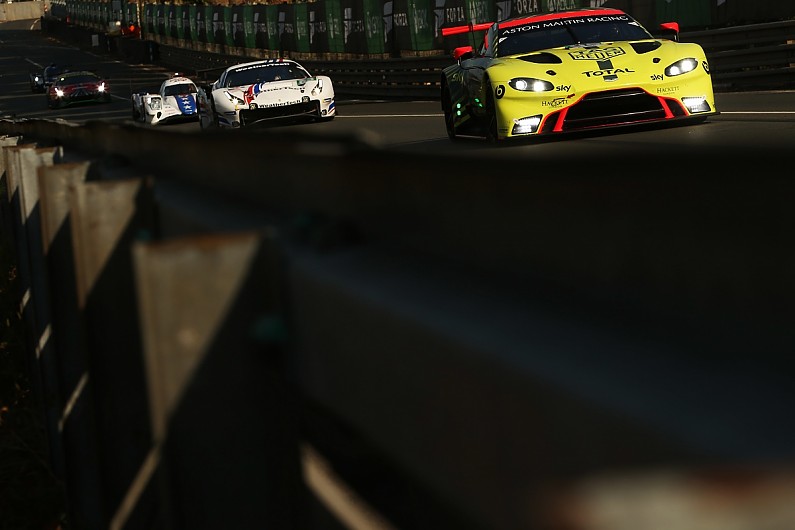 The biggest excitement of the new qualifying procedure came in GTE Pro, as the the two Aston Martins were one-two, Marco Sorensen edging out team-mate Alex Lynn by less than a tenth early in the session.

The two factory AF Corse Ferrari 488 GTE Evos were outside the top six with little more than five minutes of the session to go.

Davide Rigon found a late improvement to go third on 3m51.988s before Alessandro Pier Guidi lapped in 3m51.244s to push him down to fourth.

The improvements from the two works Ferraris pushed the two privateer 488s fielded by the Scuderia Corsa and Risi Competizione teams out of the coveted qualifying positions.

The two factory Porsche 911 RSR-19s ended up fifth and sixth in the hands of Gianmaria Bruni and Michael Christensen respectively.

Ross Gunn was fastest in GTE Am in the works-run Aston on a 3m57.778s which put him two tenths up on Charlie Eastwood in the TF Sport Vantage GTE.

The other GTE Am runners to make it through to Hyperpole were Benjamin Barker in the Gulf Porsche, Come Ledogar in the AF-run Luzich Ferrari, Matt Campbell in the #77 Proton-Dempsey Porsche and Matteo Cairoli in the #56 Project 1 Porsche.