As the world’s attention has been drawn towards Phoenix this week looking for any inkling as to which way the results of that race in the state of Arizona will go, there is also the small matter of the NASCAR Cup Series weekend finale.

While some are hoping for a handful of electoral votes to aid their push for the White House, Brad Keselowski, Chase Elliott, Denny Hamlin, and Joey Logano and their fellow Cup drivers are in town to race on the one-mile Phoenix circuit to see which of the quartet can proclaim themselves as the 2020 stock car racing champion.

After 35 races, the final four drivers still standing face a 312 lap winner-takes-all shootout where an interesting cocktail of old charger finally looking to land that elusive crown takes on the young challenger with all the momentum, with a couple of team-mates thrown into the mix.

And that’s just the race for the championship. Factor in the best driver of the season looking to make amends following his shock elimination at Martinsville, and three of the old guard taking their last dance, the race has all the right ingredients to boil nicely throughout.

Ahead of the championship-defining event, let’s take a look at our contenders, the package they’ll race and how previous battles might come back to haunt one or two of them. 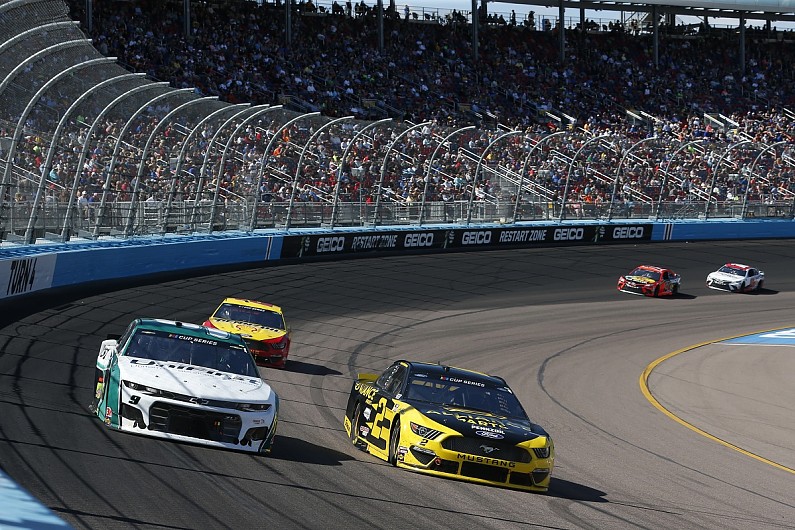 What can I expect from Phoenix?

For the first time, Phoenix will host the end of the season fun, taking that honour away from Homestead. The Floridian circuit has done so since 2002, with the former traditionally forming a leg of the playoff semi-finals – usually the eliminator. After the news of the switch broke in March last year, closer attention was paid to the quality of racing on offer in both visits.

Unfortunately, the high-aero package put pay to any idea of races in both contests, clean air being king with drivers struggling to latch onto the back of their rivals. Such was the concern, Penske’s Ryan Blaney said after the November race that NASCAR has “got to figure out something for this race, because it’s going to be a let-down if it’s like that and it’s the championship race.”

And credit to NASCAR, they went back to the drawing board and came up with a new short-track package featuring less complicated aero and more power. The package now has 750bhp, meaning more power than grip…

And, in no particular order, it’s time to address our candidates for the title. 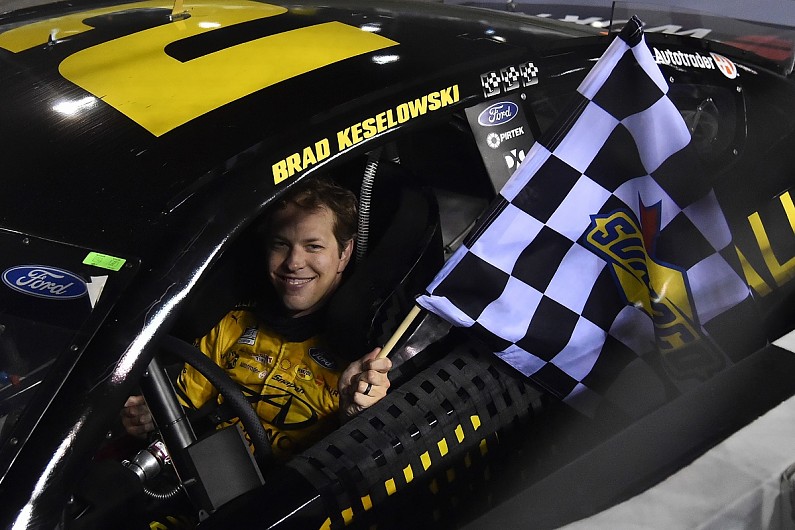 Remarkably, 2012 Cup champion Keselowski has only been a key player on championship night just once, in ’17. He won his title in the ‘Chase for the Championship’ days, where the last 10 events formed a mini championship.

Since NASCAR adopted the current format in 2014, Keselowski has never quite hit the consistency needed throughout the latter stages of the playoffs to advance through to championship night on a routine basis, despite being one of the most consistent throughout regular seasons.

Having enjoyed a full-time Penske ride since 2010, Keselowski has claimed four wins this season, most importantly at New Hampshire and Richmond – the latter coming in the playoffs.

Those wins in particular are important. Similar in characteristics and package to Phoenix, the former is often used as an elongated test-session for drivers and their crew chiefs in preparation for the trip to Arizona. And Keselowski hit a sweet spot in both races.

At Richmond, he led 192 of 400 tours, taking special care on his victory lap not to be too exuberant with his Mustang example.

“This is, I think my car from Loudon, and I wanted to do a really cool burnout with it,” he explained. “But I want this car for Phoenix. It’s 2-for-2 and I’m real pumped.”

Across his career he has an average finish of 13.5 at Phoenix, with zero wins, but across the semi-finals of the playoffs he took a mean position of 4.6 at the flag – that is joint-best with Logano among the four.

The 36-year-old has flown under the radar at times in 2020 but is always there to take advantage. Should he get a clean run, he could be a real contender. 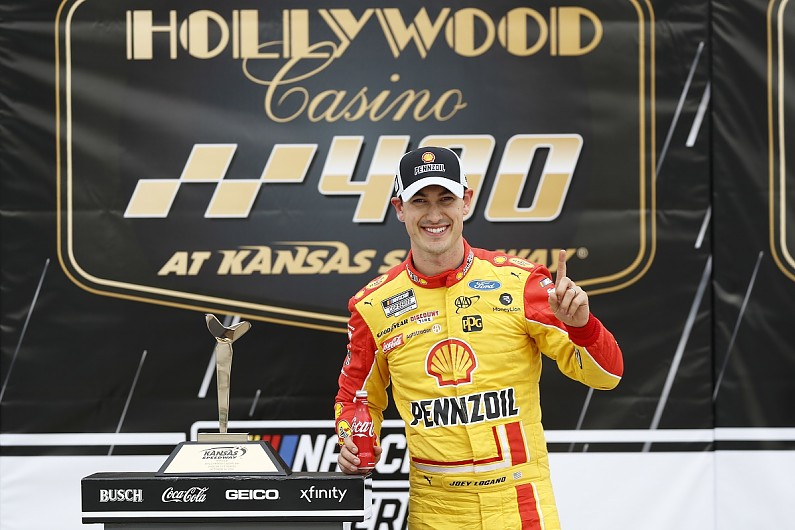 As the only team, and manufacturer with two cars still in the hunt, Penske and Ford face a nice problem – allowing both drivers and their crew chiefs to eke out those last grains of performance while maintaining a fair fight. To add an extra bit of spice to the Penske battle, Logano’s crew chief is Keselowski’s ex, Paul Wolfe having switched across the shop floor at the start of the year.

The 2012 champion has three wins this year, including at Phoenix in March. Two wins in the first four races before the season was suspended was followed by a lacklustre season, until victory at Kansas booked him a ‘Championship 4’ spot.

Logano doesn’t exactly have the best reputation among fellow drivers. At Bristol, the lapped #22 didn’t move out of Kyle Busch’s way soon enough, allowing Harvick to nip by and win. Afterwards, Busch declared “he’s nobody’s friend for a reason.” While the Connecticut native has embraced that mentality, it can cost you in the playoffs – especially on championship night.

He’s also had clashes with Elliott, Hamlin and Martin Truex Jr in recent years, but his aggressive style, particularly on restarts is a real strength. That’s how he clinched the 2018 crown, by driving around the aggrieved Truex after their Martinsville clash three rounds prior.

He has the best record in making the championship race among the four, this being his fourth appearance in it. He has the best average finish in the playoffs overall, at 8.1, and in a race where the highest finisher takes the glory, the #22 will be right in the eye of the storm. 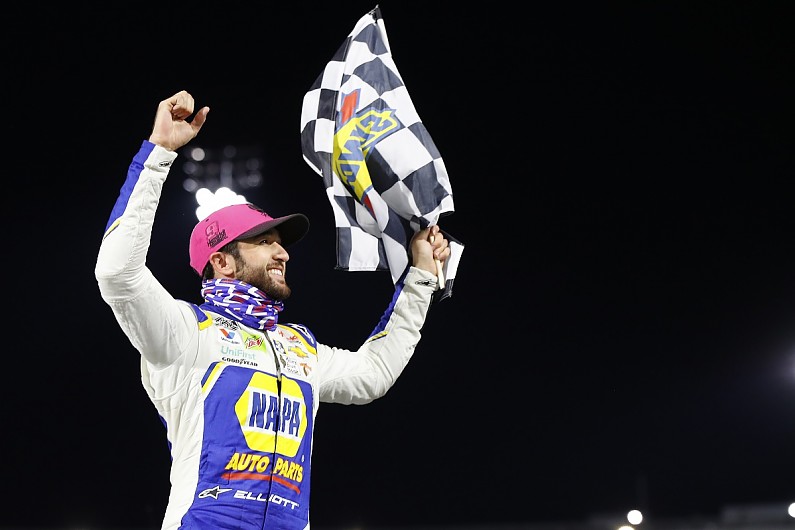 Rick Hendrick’s first driver in the final four since Jimmie Johnson in 2016, Elliott comes into his maiden championship night on the back of winning his way through to Phoenix.

Pressure is something Elliott has no qualms in dealing with, and with Alan Gustafson as crew chief, he has a shrewd operator in the box.

Assuming the senior driver position at Hendrick next season, Elliott is peaking at the right time. Four top five finishes, including two wins, in the last five events bode well for the driver who waited 99 Cup starts for his first win.

With 1988 Cup champion father Bill and the retiring Johnson in his corner offering advice, Elliott is the dark horse. Regardless of what happens, a first taste of being in the final four, and all that it entails will bode him well. If he can top it by taking a Cup title home with him, NASCAR’s most popular driver will have cemented his poster-boy reputation. 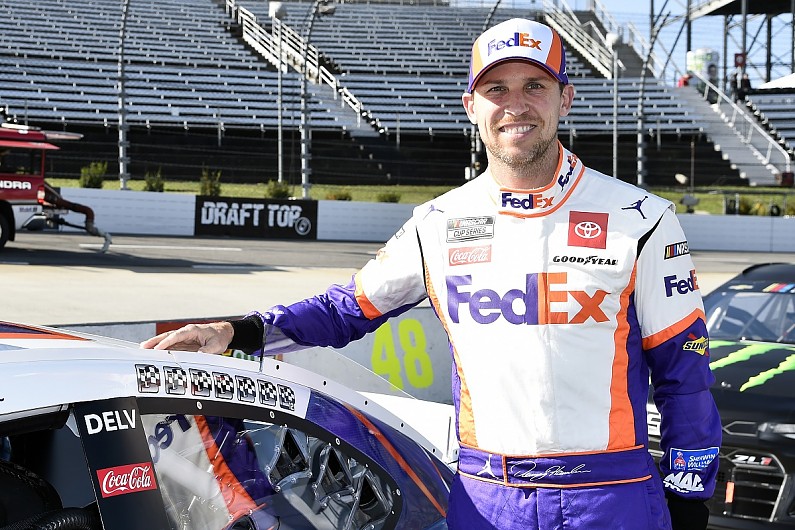 Where to start with Denny Hamlin? 44 Cup wins, with three Daytona 500s among them make him a certainty for the Hall of Fame once he steps out the cockpit and focuses on team management full-time. But he is at risk of becoming the Mark Martin of his generation.

Martin won 40 Cup races throughout a career in which he finished runner-up five times in the 1980s and 90s. Hamlin yearns to add the respectability only a Cup crown can bring to one’s legacy, and seven wins this season makes this his best chance since 2010.

That year, he ran out of fuel in the penultimate race (ironically at Phoenix) but still held a comfortable lead over Johnson in the standings. At Homestead, lap 24 contact, not helped by qualifying in 37th, brought splitter damage. The championship was gone as he threw away the title to Johnson.

He still carries some of the damage to his reputation that caused to this day. A little quiet maybe in the playoffs, Hamlin says he has achieved his goal for 2020 in getting to the final four. Now he wants to “finish this thing off…” 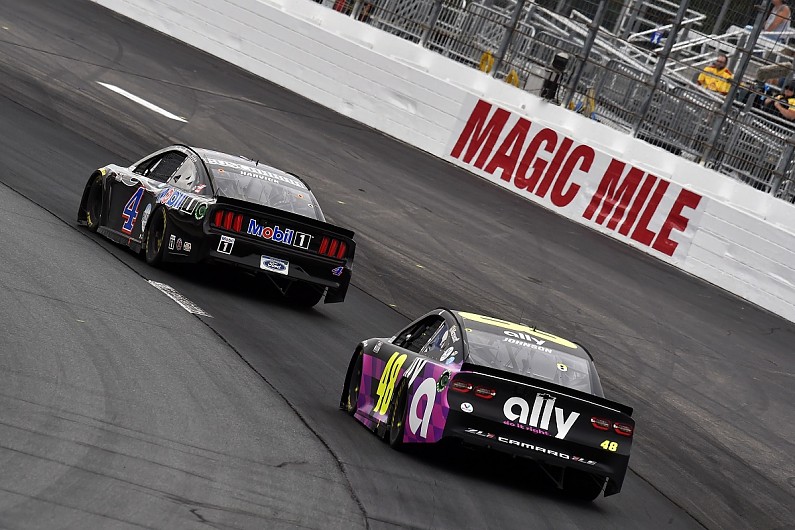 What else is there to look out for?

By a quirk of the playoff system that gives undue weight to race wins, Harvick finds himself outside the bubble – despite a series-best nine race wins.

The #4 Stewart-Haas driver will be a threat to the championship protagonists, on a track Ford has won 17 times at over the years. With a point to prove, Harvick is the unknown threat the four face.

Elsewhere, 20 years and 685 races after he first stepped into the #48 Hendrick machine, seven-time champion Johnson steps out for the final time, ahead of embarking on an IndyCar programme with Chip Ganassi.

With 83 wins and 373 top 10s across a storied career, Johnson’s final two seasons have not gone as he would have wanted, failing to make the playoffs in both. But that won’t tarnish the legacy of a man who won five consecutive Cup titles from 2006-10.

PLUS: Why Johnson’s playoff failure won’t tarnish his legacy

Clint Bowyer also steps away from the cockpit after 10 wins in 540 starts for a media career, while 2003 champion Matt Kenseth will retire for the second time having been drafted into the #42 Ganassi as a replacement for the sacked Kyle Larson after his use of a racial slur in an iRacing event in April.

It is not just the Cup title that will be decided, with both the Xfinity and Trucks series both being decided over the weekend.

How can I watch the race?

In the UK, the race is available through Pay TV channel Premier Sports 2 (Sky channel 429) with the green flag expected to wave just after 8pm UK time (3pm ET) to start the final race of the 71st NASCAR Cup season.

Autosport will have an on-the-flag report from Phoenix as well a more in-depth review of the action in the following Thursday’s magazine. 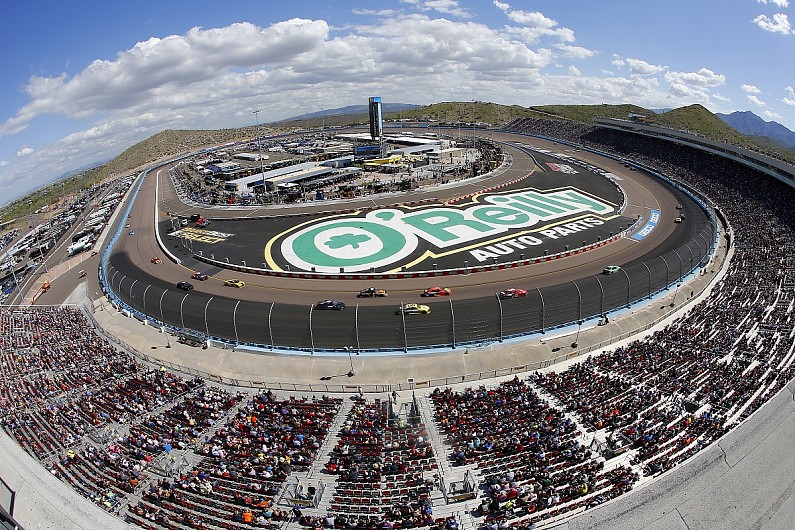