There are scale models and then there is Amalgam. Through unique collaborations with manufacturers and teams, and access to exclusive data and drawings, the most detailed cars and parts are designed by Amalgam – with its latest offering the front wing of Max Verstappen’s Red Bull RB15.

With Max Verstappen’s meteoric rise in Formula 1, he’s quickly become one of the most popular and recognisable figures in the championship with a huge fanbase both in the Netherlands and worldwide.

Models based on CAD data of teams

For the biggest fans out there, here is something new: the front wing of the Red Bull-Honda RB15 from Amalgam in scale 1:12.

The work of the British experts is indistinguishable from the real thing. Amalgam is the expert on extremely detailed and lifelike scale models. The Bristol-based organisation has been working closely with the largest manufacturers and teams for many years to reproduce the models as perfectly as possible.

The model of the 2019 Red Bull front wing used by Verstappen is based on the original CAD data supplied by the team. In addition, it has been extensively scrutinised by both the engineering and design departments of the team to ensure accuracy.

The scale models are of the highest craftsmanship, from design to painting to construction. All with the same goal: to deliver the most accurate models. 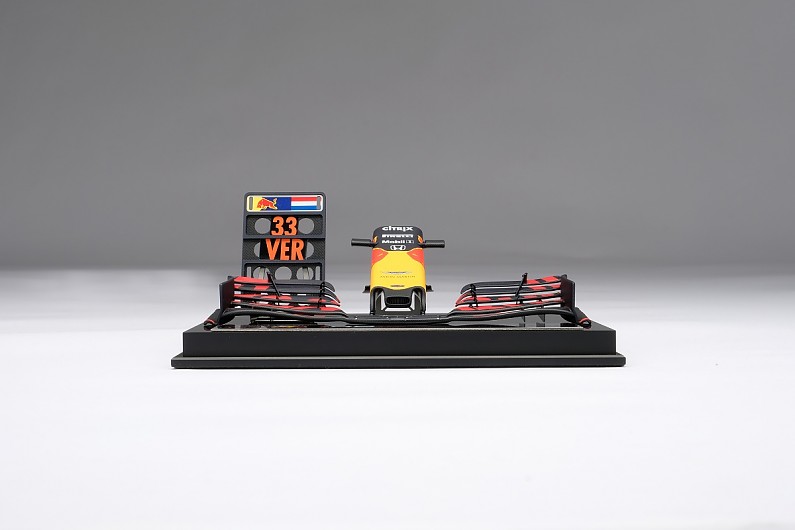 Producing a 1:8 prototype takes more than 4,000 hours for the most complex models. Each model that is then produced then takes 250 to 450 man-hours to produce, assemble, paint and build.

Before a model goes on sale, it is carefully checked by the manufacturer or team, meaning nowhere else in the world will you find such detailed models.

One of the top items in the new range is the front wing and nose of Red Bull’s 2019 F1 car, the RB15, which Max Verstappen secured three grand prix victories with, including Honda’s first victory as an engine supplier since Jenson Button’s 2006 Hungarian GP triumph.

Verstappen also secured two pole positions with the RB15, along with six further podium finishes and five fastest laps, resulting in the Dutch driver ending the season in third place in the F1 drivers’ world championship only behind Mercedes pair Lewis Hamilton and Valtteri Bottas. The complete RB15 in scale 1:8 is available in a special edition.

Amalgam has rebuilt the nose and front wing of the RB15 from Verstappen to perfection. The model is supplied in a special box, fitted with a Verstappen pit board. It also comes with a certificate of authenticity in a special sleeve. The cost of the model is £195.

Shipping to the UK and Western Europe is completely free using the special code AUTOSPORT-RB15NOSECONE.

Fancy owning a replica of the nosecone of Red Bull’s historic RB15? Then be quick: Order your own here. 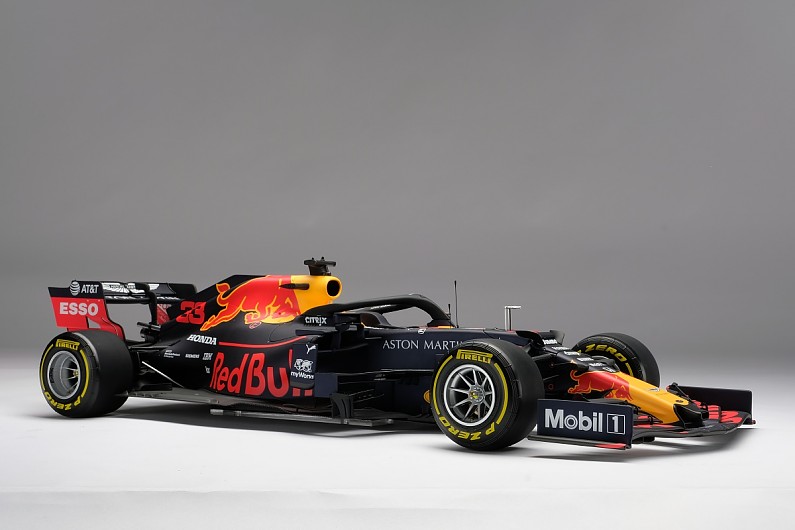