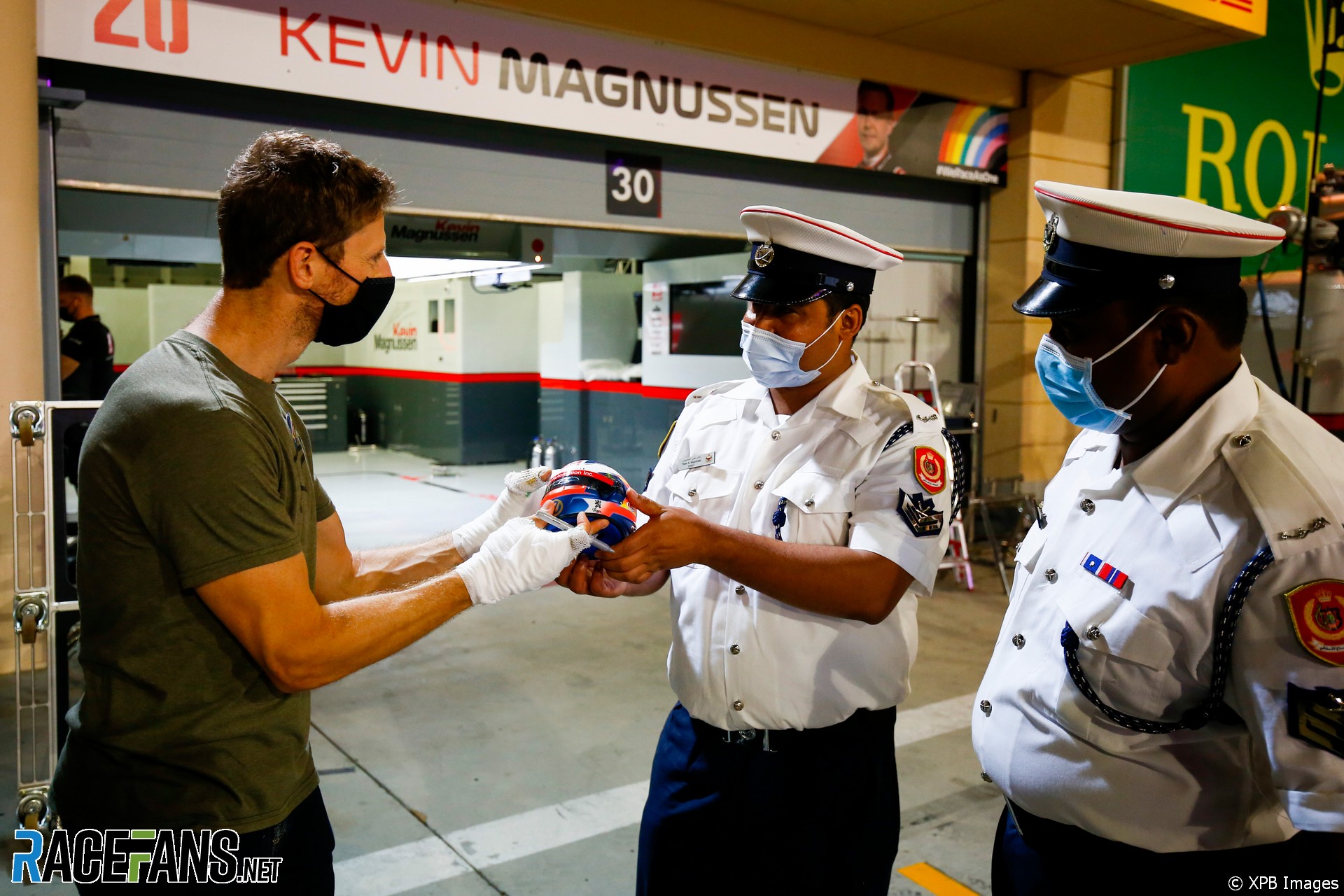 Romain Grosjean returned to the Bahrain International Circuit paddock four days since his shocking crash to thank the safety team who aided his rescue.

The Haas driver gave special thanks to the first two firefighters on the scene. He identified Thaer Ali Taher as “the man that crossed the road” to help extinguish the blaze, and presented signed miniature replica helmets to him and fellow Bahrain Civil Defence team member Joby Mathew.

“Your reaction, your attitude – I saw the video – your awareness of where I was in the car, I don’t know how you got it, it must be in you, but thank you for saving my life,” Grosjean told the pair.

“Thank you for coming, for giving the flags to warn us, to come and help us when we are in a difficult situation and thanks for trying to help me,” he told them all.

Grosjean spent 28 seconds in his burning car before freeing himself as marshals and the Medical Car crew arrived on the scene to begun extinguishing the blaze and extracting him. His Haas struck the guardrail with a force of 53G, splitting it in two.

The barrier has been replaced and now has a tyre wall in front of it. “I’m glad you changed that barrier,” Grosjean told Masi.