Thailand’s government has taken the decision to cancel the 2021 MotoGP race due to the ongoing COVID-19 pandemic, according to reports in the country.

Thailand was one of the first races to drop off the original 2020 calendar and never returned to the revised schedule as MotoGP promoters Dorna Sports opted to keep the series in Europe during the pandemic.

As much of the world grapples with a second wave of the virus, and new variants have led to a surge in infections, MotoGP has already postponed the US and Argentine GPs to an unspecified date later in the year.

Last week it also confirmed a second Qatar race had been added to the calendar, with the third round of the season now taking place in Portugal.

The Sepang pre-season test originally planned for this month was cancelled in January, and other calendar alterations are anticipated, with the Bangkok Post reporting on Tuesday that the local authority has decided to delay the beginning of its new five-year MotoGP contract with Dorna to 2022.

No official declaration has been made about the cancellation of this year’s Thailand race. Autosport has reached out to Dorna for comment.

The current date for the Thailand GP is 10 October, one week after the Japanese GP at Motegi, while the Australia/Malaysia double-header is due to run from 24 October to 31 October. 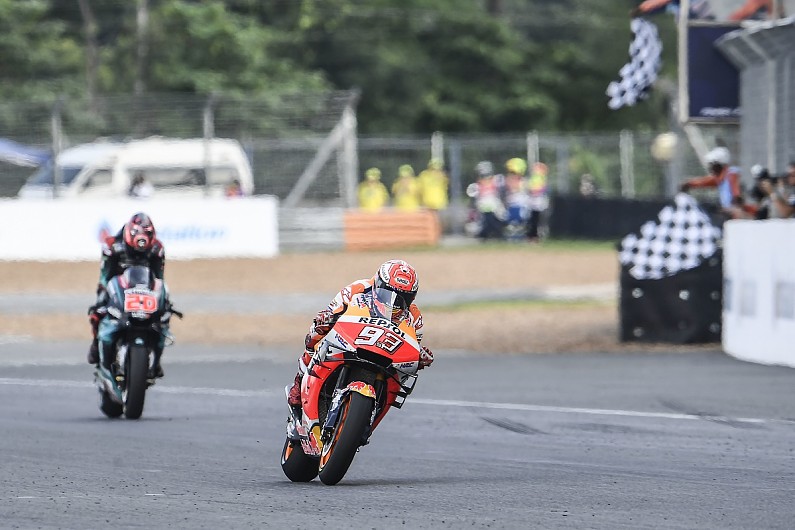 However, cancellation of the Thailand race so early will undoubtedly raise concerns about the viability of these other flyaway races as the COVID situation remains in flux.

News of Thailand’s cancellation comes on the same day Brno confirmed it would not be staging a race in 2021 after failing to secure the necessary funds from the local Czech authority to upgrade the track surface.

MotoGP’s original provisional calendar for 2021 included three reserve tracks including the Portuguese Algarve Circuit (which has now been deployed), Russia’s Igora Drive and the under-construction Mandalika Street Circuit in Indonesia.

However, its latest version had removed Igora Drive from that list, while the date originally meant for the Czech GP had been scrubbed.

It was also announced on Tuesday that the pre-season tests for Moto2 and Moto3 will be moved from Jerez to Qatar in 19-21 March, ensuring all of the paddock will already be in the country ahead of the opening round.

Pol Espargaro has ‘no regrets’ departing KTM without a MotoGP win

MotoGP, For Capirossi a ‘test’ at the Kymi Ring with snow