Jordan Taylor says a Daytona 24 Hours class victory was made bittersweet after his team-mate Antonio Garcia tested positive for COVID-19 and had to leave the event early.

However, Garcia, who won last year’s GTLM championship with Taylor, was unable to celebrate the result with the team after learning that his Covid-19 test had come back positive.

“It was bittersweet to end the day like we did with Antonio having to leave the track,” said Taylor, who switched from his father’s Wayne Taylor Racing squad to replace Jan Magnussen at Corvette Racing just last year.

“I was super upset and disappointed for him when I got out of the car after what I thought was my last stint and was told he couldn’t get back in the car.

“He lives for these events, especially this one. He really wanted to finish this race to capitalise on when they finished second in 2016 to kind of make up for that. So I felt bad for him in that respect.

“But he should be unbelievably proud of this whole team.

“He is the leader of this #3 car. He’s the one that drives the setup of it which is why we were so quick at the end of the race.

”If it wasn’t for Antonio, there’s no way I would have driven that last stint the way I did.

“Huge thanks to him. I know I’ll see him in a couple weeks when he can come back into the country and we can hang out and celebrate in person.

“I’m so honoured and happy to be a part of this with him. We’ve never won an endurance race as teammates so this is the first one and very special.” 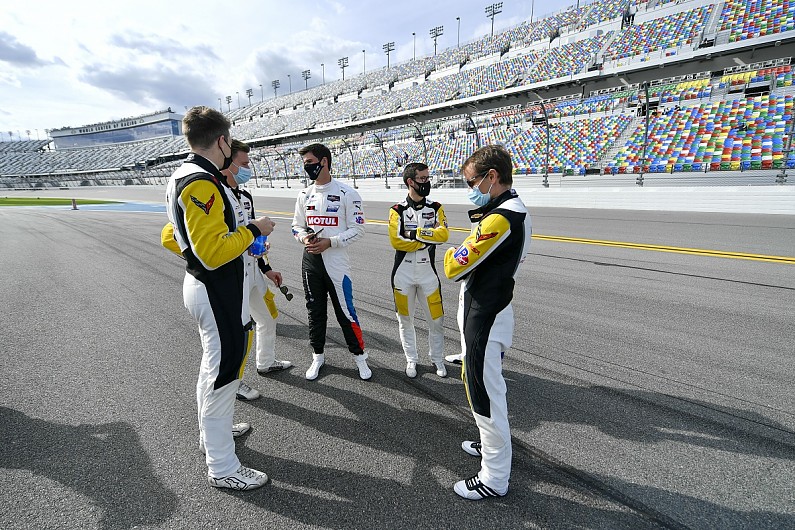 Taylor took over from Catsburg for the final stints and had to work his way past the sister car driven by Corvette stalwart Tommy Milner.

Although he had already twice won the race overall with WTR, Taylor pointed out that on neither occasion was he the driver behind the wheel at the checkered flag.

“I think that part of it was definitely daunting and intimidating,” he commented.

“I was extremely nervous in the hour leading up to my last stint, just knowing what was at stake and how big of a deal this race is for Corvette Racing and to Chevrolet. To have everyone here and seeing the history of the team at this event.

“I had an amazing battle with Tommy, super respectful. I thought it was a great race. I’m just so happy.

“It’s my first class win at Daytona and third Rolex. So unbelievable and I never could have dreamed it any better to be honest.”

Meanwhile, Garcia described Sunday as “both one of the best days of my career but also one of the most frustrating and disappointing”.

He went on: “I did have COVID in late December with some symptoms. I isolated until I fully recovered, and followed all Spanish and CDC protocols to be cleared for traveling.

“It’s frustrating but there are protocols that are in place for this.

“It’s painful not to be able to celebrate with Jordan, Nicky and the rest of the team.

“We worked so hard over the past months and weeks to achieve an endurance win like the Daytona 24. 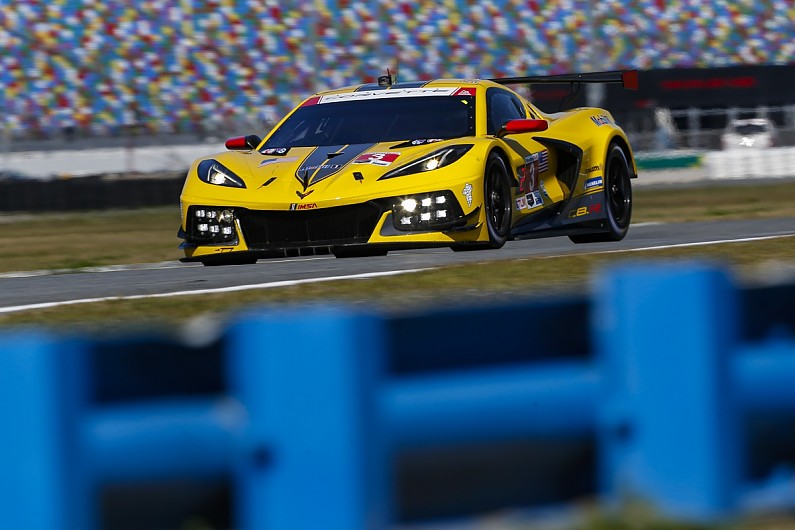 “We didn’t make mistakes, we had good pace with the Corvette.

“After winning the championship a year ago, this was the type or result we all wanted for the start of a new season.

“Ever since we started at Daytona with this new car, we knew it would be fast and competitive.

“Obviously, the preparation we had last year wasn’t enough to win this race. But after the lockdown, that gave us an opportunity to develop the C8.R and we went on to win six races as a team and the championship.

“Last year, we didn’t manage to win a long race so it was still in our minds to get this, and now we’ve started with a big one like the Daytona 24 Hours.

“We proved today that Corvette Racing was the strongest team. I have to say this was a flashback to the 2016 race [when the #3 finished right behind the #4 of Milner and Oliver Gavin].

“It was pretty nerve-wracking when it looked like it could happen again but I’m glad we came out on top this time.”