Ott Tanak says there is “a big job” to be completed before he is in a position to win the World Rally Championship’s Arctic Rally Finland in a fortnight’s time.

Tanak warmed-up for the next round of the WRC by taking part in yesterday’s Otepaa Winter Rally, dominating the competition by going fastest on every stage to win by over half-a-minute.

“Overall, it was a very demanding rally for us,” said Tanak, who ran second on the road behind Hyundai team-mate, Thierry Neuville.

“All day we had some very snowy conditions and I would say compared to the Lapland test [earlier this month] the conditions were very similar. There were some narrow and fast roads and also some bumpy and twisty sections, so for sure we got some very good information.”

The result was Tanak’s fifth win on home soil with Hyundai Motorsport since last summer and arguably the most important as the 2019 World Champion tries to bounce back from his Rally Monte Carlo disappointment.

For the second year running, he retired from the traditional season-opener, and to compound matters received a suspended one-round ban for driving back to service on three wheels.

Prior to the 2021 campaign, Tanak told Autosport he expected his second term with Hyundai to be a bigger success than his first, yet despite preparations for Arctic Rally Finland going as well as he could have hoped, he believes there is still considerable work to do if he hopes to narrow the gap to Toyota. 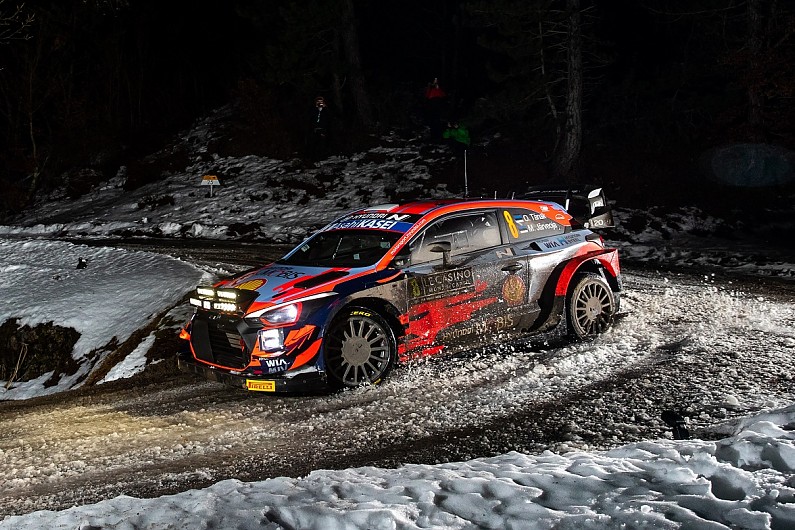 “We now have these final two weeks to get prepared for the next round and make sure everything is good for the rally because we know we will have some very hard competition from Toyota in Lapland,” he said.

“It will be more than demanding. A big job is still waiting ahead before we arrive at Lapland.”

As well as working on set-up and collecting data from the introduction of fresh parts, Saturday’s outing also allowed the team to discover how Pirelli’s newly-made studded Sottozero snow tyre performed.

Despite coming home second, Neuville appeared to leave Estonia for home much the happier of the two drivers. “We came here to test a little bit more, to try and find settings,” explained the Belgian.

“Throughout all the day we went progressively in the right direction, so there is a better feeling in the car. But it was a tough event – the conditions were changing a lot.

“It was really tricky in parts but yeah, at the end the job is done and I think that it was good to prepare in this way for the next WRC event.

“There was a test plan before the event and everybody respected it,” he continued. “Everybody was able to try all the [new] parts which more or less had limited availability [previously], but now for the rally everybody knows what he [the driver] likes and what is going to be on the car.”