Suzuki has only scored two podiums from the first eight races of its title defence season, Mir taking both of them with thirds in Portugal and Italy.

The world champion is currently 46 points adrift of standings leader Fabio Quartararo, while team-mate Alex Rins is 103 down having crashed out of four races in 2021 and missed the Catalan GP with injury.

Mir has previously expressed frustration at Suzuki’s apparent lack of progress with its 2021 GSX-RR over its 2020 bike, with Suzuki currently the only manufacturer without a rear ride adjuster that can be used on a lap and not just at the start.

Finishing ninth after qualifying 17th in Germany, Mir once again stated “we need to improve” and says he has to start scoring podiums in every race in the second half of the season to get his title tilt back on track.

“It’s clear that the rest are being better than us in the last races, in Barcelona we made a mistake with the tyres, but here we have seen that we need to improve,” Mir said after the German GP.

“In the current scenario we are not badly placed, but we have to be very consistent in the second part of the season and start to be on the podium in every race, like last year.

“I’m sure I’m better than in 2020 because I have more experience, if we improve the bike a little bit we will be where we want to be for sure.” 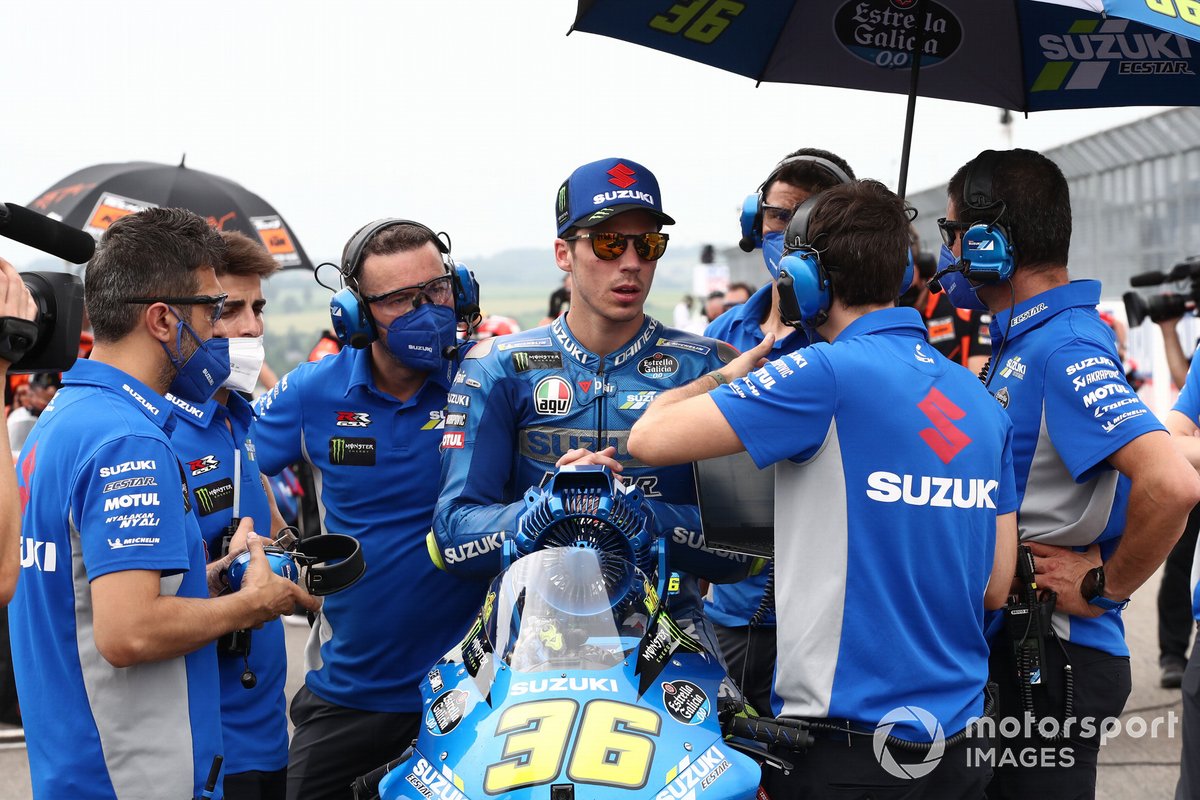 Commenting on the lack of rear ride height adjuster, Mir says it’s “free time we are giving away” and hopes it will be developed in time for the Austria double-header in August.

“Suzuki knows that we are the only ones who don’t have the rear holeshot, and that’s free time we are giving away,” he added.

“We have to catch up with the others and from there evolve like the rest.

“In the factory, the Japanese are aware that the bike must evolve – I see them motivated and eager to fight for the title again. If we can get through these complicated races due to various factors, there will be circuits that are better for us.

“But we have to analyse everything well and understand why the bike hasn’t worked on a circuit that shouldn’t be as bad as this one.”