Reigning British Touring Car champion Ash Sutton will remain with Laser Tools Racing to defend his title next year, while the squad has agreed a new partnership with Team Hard.

Sutton took his second BTCC crown this year at the wheel of a heavily-reworked Infiniti Q50 – which first appeared in the series back in 2015 as part of a short-lived works effort.

He claimed five wins in the car, as he narrowly defeated Colin Turkington to land the title.

Speculation had linked Sutton with a possible move to the West Surrey Racing BMW team for 2021 but he will instead remain with his title-winning combination from this year.

PLUS: The Villeneuve-esque engineer’s dream who lit up BTCC 2020

Sutton said: “2020 was a year to remember, a new car, a new team and three championships at the end of it.

“Breaking up that championship-winning package wouldn’t have been a wise move, so to be flying the flag for Laser Tools Racing again in 2021 is absolutely mega!

“My personal goal for next year is no different to the goal me and the crew set out for last season and that was to win.

“But this time we have the added bonus of already having raced at each track, which means we will be more prepared coming into each weekend and able to attack with a clearer direction of what we want.” 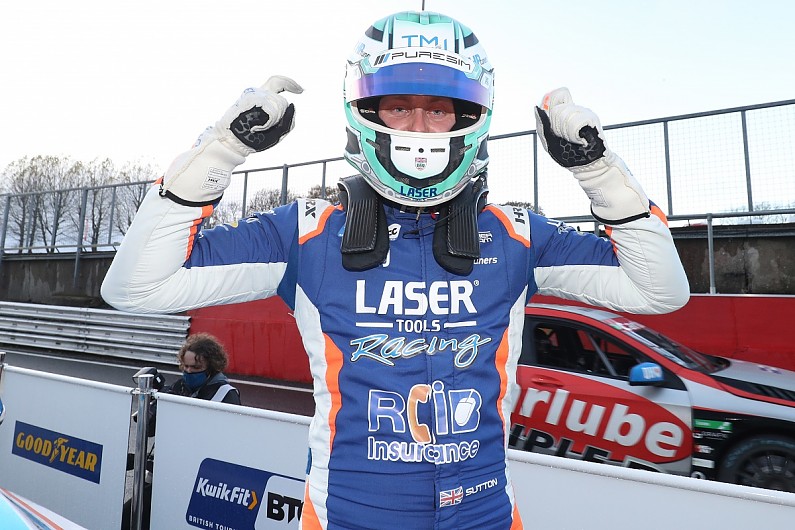 Sutton will be driving one of three Infinitis set to feature on next year’s BTCC grid.

He will again be joined by Aiden Moffat but a third car will also be entered for Carl Boardley, who switches across from racing a Team Hard BMW 125i M Sport.

The new allegiance between Laser Tools Racing and Team Hard means the operation will run a total of seven cars next year, as Team Hard will be entering four of its brand-new Cupras.

Resources will be pooled between the two outfits, but each will have its own management.

“Working alongside the guys from Laser Tools Racing will help us move closer to our end goal and with the addition of many new faces to our side of the line-up, we feel we are in the best shape possible to compete at the front as soon as the new season starts,” said Team Hard boss Tony Gilham.

“A long-term friendship and working relationship with Laser Tools Racing team principal Bob Moffat has developed over the last few years, and the time is now right to build something very special together as we head towards the new hybrid era. 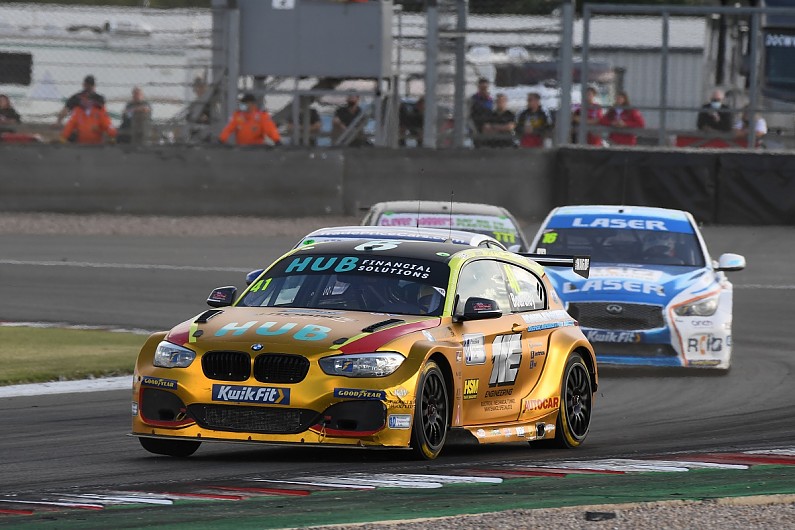 “We have often talked about how we could team up and now we have taken the step to do just that.”

Bob Moffat, Laser Tools Racing team principal, added: “Having worked commercially with both BMR and Tony Gilham at Team Hard for a number of years and, with our team’s amazing success in 2020, I feel that now is the time to elevate Laser Tools Racing to another level.

“With Tony Gilham’s experience and energy, and Team Hard’s reputation for providing first rate corporate hospitality, trackday experiences and motorsport corporate entertainment, we are now in a very good position to offer both team sponsors and fans a world class experience in Britain’s most prestigious motorsport series.”