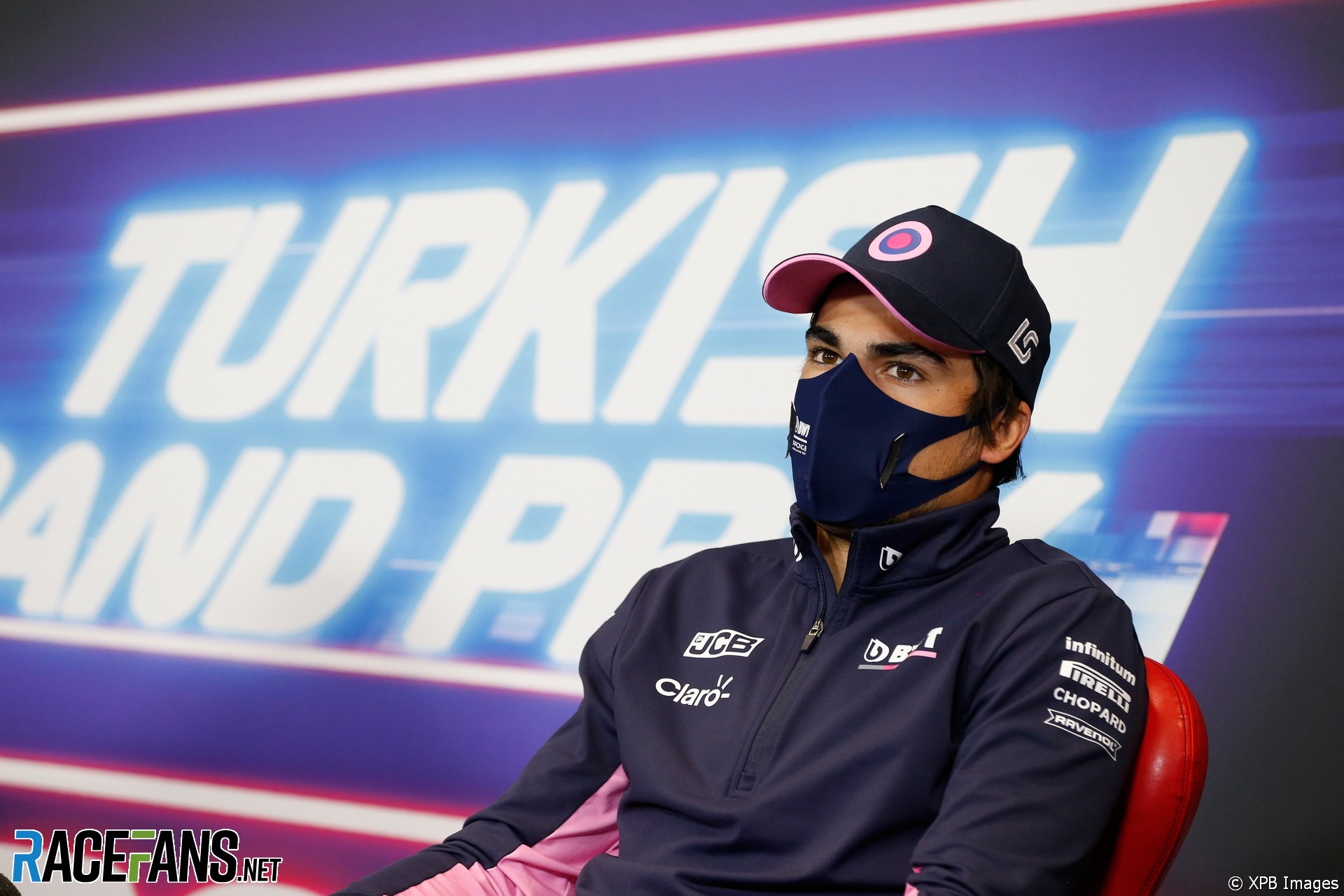 Lance Stroll could lose his pole position for the Turkish Grand Prix as he is under investigation for failing to slow sufficiently for yellow flags during qualifying.

The Racing Point driver has been summoned to the stewards for “allegedly non-respecting yellow flags at 16:48 at turn seven, alleged breach of Appendix H, Art. 2.5.5.1.b) and alleged non-compliance with race director’s event notes 7.2 (single waved yellow flags).”

The incident in question occurred when Stroll set his pole-clinching lap time in Q3. The yellow flags were triggered by Stroll’s team mate Sergio Perez who went off at turn seven. Stroll was told “yellow flag” on his radio and then “that was a single yellow, keep pushing”.

Lando Norris is under investigation for a similar infringement in Q1, when he passed Nicholas Latifi, who had spun off at turn eight.