Lance Stroll admitted he was ‘shocked’ to secure his maiden Formula 1 pole position in the chaotic wet qualifying session for the Turkish Grand Prix.

With Saturday afternoon’s action being hit by multiple red flags, Stroll kept his cool and a change on to intermediate tyre helped him claim the top spot in the final stages of Q3.

The Canadian, who has not scored a point since he finished on the podium at the Italian Grand Prix in September, ended up 0.290 seconds ahead of Max Verstappen who had looked in control of things earlier on.

Speaking after the session, Stroll said he could not quite believe what had happened, especially because Racing Point had not looked so competitive in free practice.

“There were a lot of things that we weren’t sure of coming into qualifying.

“We didn’t look too competitive in P3, but I’m so happy right now.

“I really put that lap together at the end. I was under a lot of pressure and I only had one lap to do it there at the end, because we started on the wet tyre. 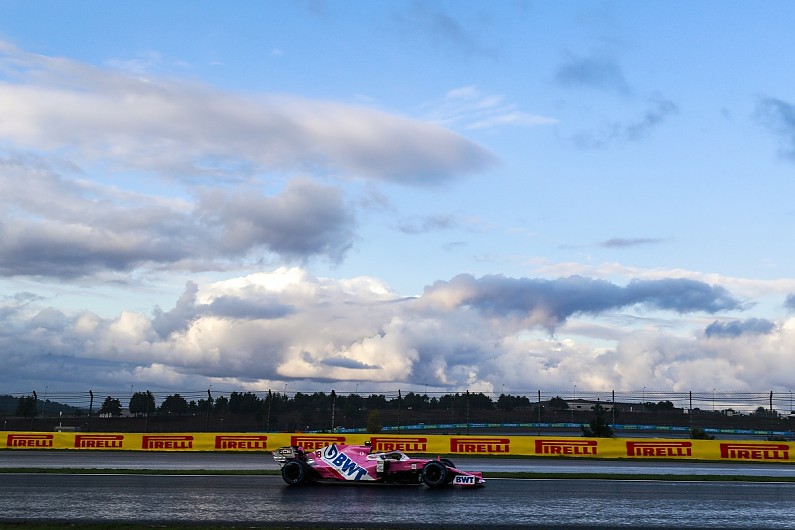 “But I had the confidence in the car and I just nailed pretty much every corner, and pieced it together nicely.

“It’s such a great way to bounce back after a few rough weeks and since Mugello really it’s been a rough ride for me so. Yeah. Feels good. Feels really good right now.”

Stroll’s teammate Sergio Perez had topped the times in the early stages of Q3, but says he lost out on keeping in front as the track improved after being held up by Alfa Romeo’s Antonio Giovinazzi.

“It is a great result for the team and something we weren’t really expecting,” said Perez, who ended up third behind Verstappen. “In the end, we were just unlucky.

“My final lap, when the track was at its best, I had Giovinazzi in front and he simply didn’t move out of the way and then I lost my lap.

“Obviously, track position was key today: to be able to maintain your temperature in the tyres.

“And I think we are in a good position. I definitely prefer P3 [on the grid] than P2. I think tomorrow that will make a difference.”