Mercedes-Benz is set to become the second-largest shareholder in Aston Martin in a deal owner and executive chairman Lawrence Stroll described as a “transformational moment” for the marque.

Today’s announcement, focused on Aston’s road car business, revealed an increased level of technical co-operation between the two marques which will also have implications for their respective Formula 1 programmes that already co-exist with as much co-operation as the FIA rules allow.

The Aston Martin name will return to Grand Prix racing next year when the Racing Point team is rebadged, with new driver Sebastian Vettel set to become a global ambassador for the brand.

Plans are already in hand for Aston road car design staff to be based at the team’s new factory at Silverstone.

Mercedes is set to increase its stake in the company to 20%, while also providing what Aston Martin calls access to “a range of world-class technologies, including powertrain architecture (for conventional, hybrid, and electric vehicles) and future oriented electric/electronic architecture, for all product launches through to 2027.”

Mercedes F1 boss Toto Wolff is already a shareholder of Aston, in a private capacity.

“It is the result of six months of enormous effort to position the company for success to capture the huge and exciting opportunity ahead of us,” Stroll said.

“I am extremely pleased with the progress to date and that we are ahead of plan on timing, despite operating in these most challenging of times. 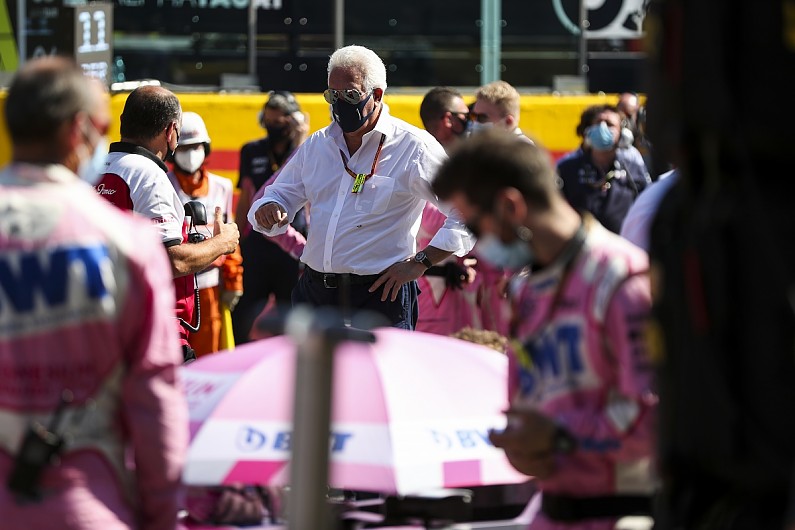 “Today, we take another major step forward as our long-term partnership with Mercedes-Benz AG moves to another level with them becoming one of the company’s largest shareholders.

“Through this new expanded agreement, we secure access to world-class technologies to support our long-term product expansion plans, including electric and hybrid powertrains and this partnership underpins our confidence in the future.”

“I, and my co-investors, are fully committed to delivering this plan,” he added.

“Our participation in this new substantial round of financing demonstrates both our confidence in the prospects for the business and our commitment to the future success of Aston Martin.

“Of course in addition we have the significant marketing platform of an Aston Martin works team returning to F1 next year.

“We now have the right team, partner, plan and funding in place to transform the company to be one of the greatest luxury car brands in the world.”

Recently recruited CEO Tobias Moers, formerly of AMG, added: “Today’s expansion of our partnership with Mercedes-Benz AG is a critical step towards achieving our goals for Aston Martin.

PLUS: How a key signing will strengthen Racing Point’s Mercedes ties

“The capabilities of Mercedes-Benz AG technology will be fundamental to ensure our future products remain competitive and will allow us to invest efficiently in the areas that truly differentiate our products.”

Wolf-Dieter Kurz, the head of product strategy at Mercedes-Benz Cars, stressed that the supply of technology would be on “commercial terms”, with access to “new cutting-edge powertrain and software technologies and components, including next generation hybrid and electric drive systems” provided in exchange for its new shares.