Stroll frustrated at being “slow throughout qualifying” · RaceFans 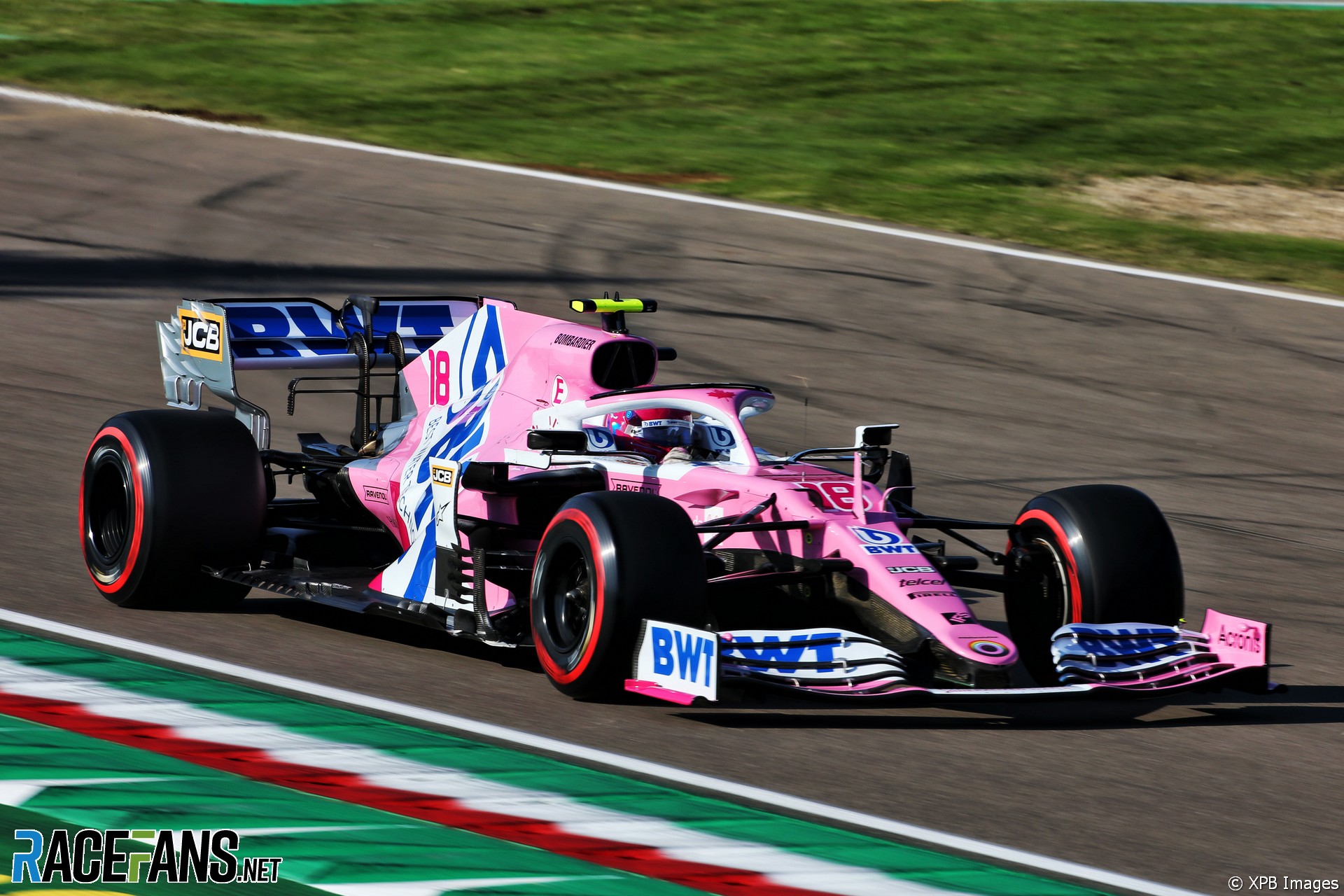 Lance Stroll’s troubled return following his the Covid-19 infection which kept him out of the Eifel Grand Prix continued at Imola, where he posted his worst qualifying result of the season so far.

Speaking after the session Stroll, who had one lap time deleted for a track limits violation, was at a loss to explain why he was so far from the pace.

“I was just slow throughout qualifying so I need to look at why that was,” he said. “It was a very frustrating session, we were just not quick, so we’ll look into it.”

Stroll drove a GP2 car at the track earlier in the year in preparation for F1’s return to Imola, which it hasn’t raced at since 2006.

Racing Point CEO Otmar Szafnauer said he expects a better performance from Stroll in the race, which he will start from 15th on the grid. “He said that he was happy with the balance of the car, he just needed to push a little bit more,” said Szafnauer.

“I think he did push – I didn’t see the lap time that was deleted or where that would have gotten him. But he was pushing a little bit too hard and exceeded the track limits. Hopefully tomorrow he’ll get a good start and I’m sure he’ll do a good job on a Sunday, he’ll race well.

Stroll’s deleted lap time was over half a second slower than his eventual qualifying time.