McLaren boss Andreas Seidl says chaotic races like Turkey are entertaining – but also suggests that Formula 1 should be about the best car setting the pace.

While Lewis Hamilton won the Turkish GP to claim his seventh world championship, the slippery surface and wet conditions in qualifying and the race provided an upset to the form book, with Racing Point taking pole and second place in the race while Red Bull struggled.

McLaren’s own drivers Carlos Sainz Jr and Lando Norris qualified well down the field, but they recovered to fifth and eighth places respectively.

“There were a lot of comments in both directions,” said Seidl of the entertainment provided by the conditions.

“Is it positive or negative, what we have seen on Friday and Saturday, for F1?

“Of course a race like today at the same time we also have to admit we have seen that several times in wet conditions or tricky conditions that you have these exciting races with a lot of things happening. 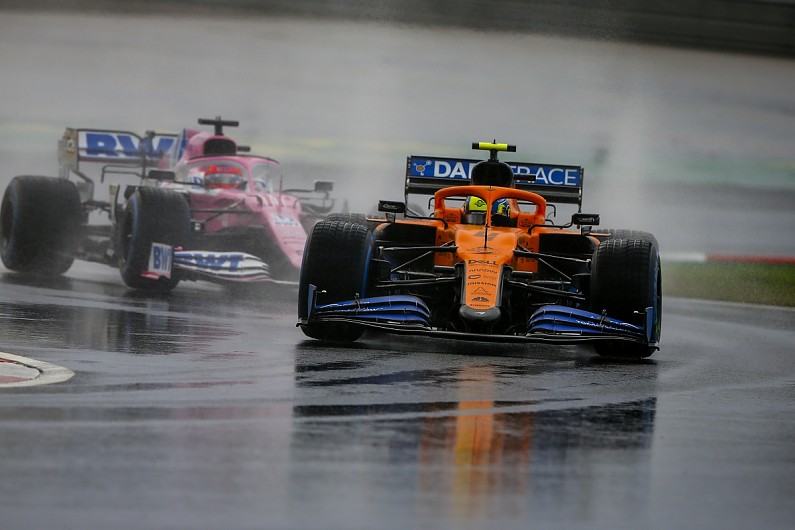 “It’s clear everyone wants to see cars fighting on track, wants to see overtaking manoeuvres, wants to see also that not always the same cars at the front, wants to see that people can actually make up positions coming through the field from the back.

“But at the same time, F1 is also about, in normal conditions, putting up or designing the best car and making it the best performing car.

“And then it’s also normal that the best car is in front in qualifying and in the race as well. That’s part of the DNA as well of F1.”

Seidl remains confident that the change of technical regulations for 2022, intended in large part to promote closer racing by allowing the cars to follow, will be a step.

“I think there’s a lot of positive stuff coming from ’22 onwards with the new technical regulations, that should allow the cars to race closer together, which should help then also to see more overtaking manoeuvres.

“All the other stuff that’s also happening like the financial cap should also help to get overall the field closer together. I think there is no reason to be pessimistic.”