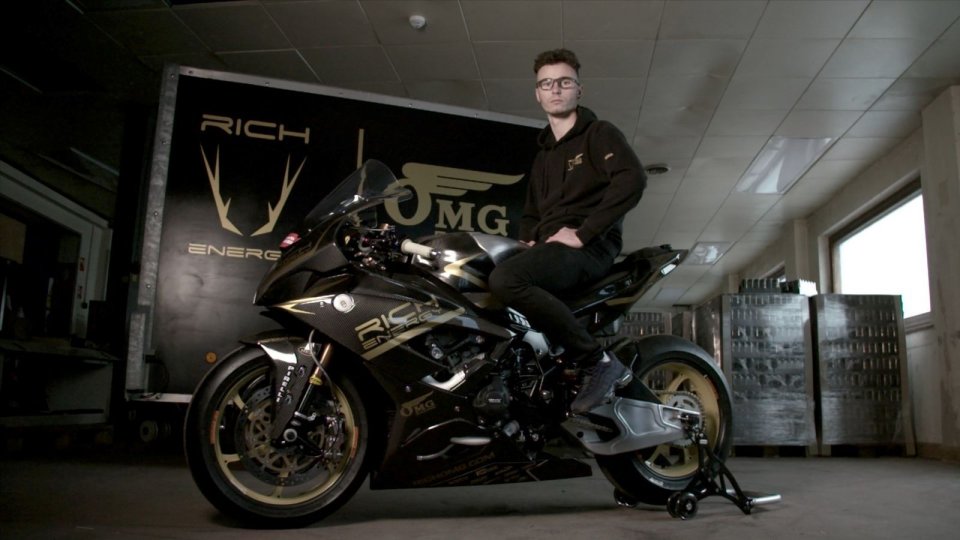 Six riders with the desire to bring BMW to the top in the United Kingdom. A few days after Xavi Fores’ and Peter Hickman’s announcements with FHO Racing, Andrew Irwin and Danny Buchan with Synetiq TAS, the agreement with Kyle Ryde’s teammate was formalizedthis morning. Bradley Ray will be the second Rich Energy OMG Racing rider for the BSB British Superbike 2021. Fresh from a rather negative period, he too will have the task of bringing the brand new M1000RR to its debut next season, laying the foundations for a project that is as solid as it is a winner.

If in 2018 he was impressive  among the ranks of Team Buildbase Suzuki by being the youngest ever to qualify for the Showdown – the result of two wins and three podiums –  starting the year after, something broke in this magnificent mechanism. Problems with the GSX-R 1000 soon surfaced, with the rider from Ashford who paid the consequences. Two poor second places in 2019  led him to completely change scenery, transferring to the renewed Synetiq TAS BMW. Unfortunately for him, this market switch turned out to be yet another dead end, with a bike that was not up to the challenge against the Ducati Panigale V4-R and the Yamaha YZF-R1.

After his stint with Philip Neill, the doors of the OMG Racing Team opened for Bradley Ray, while he still remains tied to Munich.

“I’m delighted to be joining the Rich Energy OMG Racing Team,” Bradley Ray stated.  “I found a familiar environment. They have the right approach towards racing. I’ve already driven the BMW and  I’m convinced that, with the new M1000RR, we’ll be able to solve some weak points from last year. My goal is to get back to fighting for the top positions. Paul confirmed that they’re investing so that it can be competitive.”

The team headed by Paul Curran – after leaving Suzuki – laid the groundwork for winning plans starting last year thanks to a five-year sponsorship with Rich Energy (who had been  in Formula 1 with Team Haas). With riders of the caliber of Brad and Kyle Ryde, they’re aiming to return to the success they haven’t seen since their 2019 with Josh Elliott in the Silverstone National.