SBK, Bautista: “Replace Marquez? I’m in the SBK project, I hope he’ll be back soon”

During the day the Honda Racing Corporation team announced, for the first time online, the two riders of the HRC Superbike team: Alvaro Bautista and Leon Haslam. The Golden Wing manufacturer has confirmed for a second consecutive year the two riders who will also race in 2021 on the Honda CBR 100 RR-R. The confirmation of Bautista and Haslam aims to give continuity to the Japanese Superbike project in the hope of reaping the fruits of the work sown in 2020.

“I am very happy to continue with the Honda family in 2021. The 2020 season was a difficult challenge because we were working to develop a completely new project and bike in a very difficult period. However we started to get some good results towards the end of the season, and now we hope to continue on this path next year, we will work hard to achieve positive results, which we know are within our reach. I look forward to seeing all our fans back at the tracks during the 2021 season, supporting us as they alone know how to do it. You can rest assured that we will do our best to achieve our goal, which of course is to win. “

You had a particular season. You started to have good results in the second half of the season and got a podium in Aragon. How do you think it went?

“It has certainly been a strange season for everyone, not just for us, especially because of the pandemic. We had a kind of sprint season, the most difficult thing I think was the development of the bike. This season was something new for me and we needed more time on the track, I especially missed the tests. However, we were able to do a good job because in a very short time we made some progress, towards the end of the season we were consistently among the top five and this means that working normally we could make even more significant progress. I cannot say that we are fully satisfied, because our goal is to win, but I can say for sure that we are on the right path and we have clear ideas for the development of the bike in the future. “ 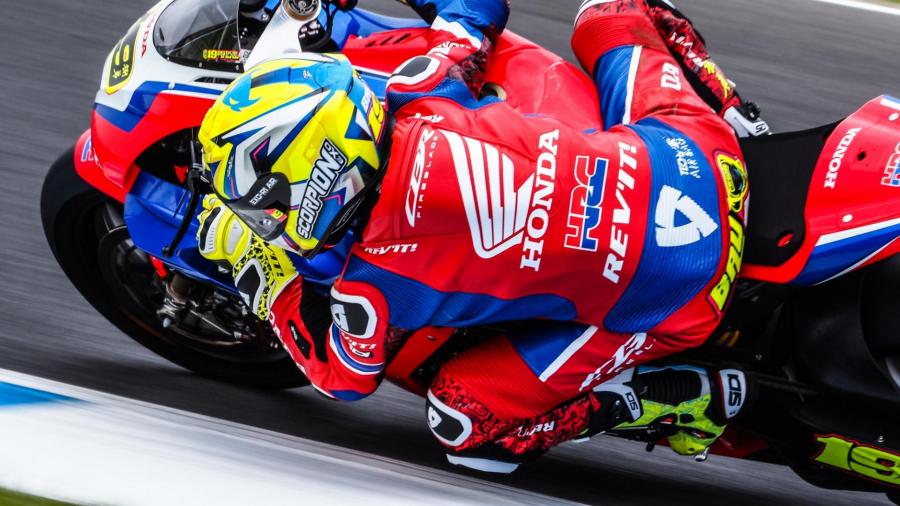 You recently tested in Jerez, how important was it to send feedback to Japan to understand if you are on the right track?

“I think it was important for us because we made some changes over the race weekend, but in the end in those days you can’t really understand if something is working well or not. In these days of testing we fortunately had excellent weather conditions and we were able to experience that the bike was actually ok. We don’t have new things for next season, but at least in this way we can confirm or not if we are okay and if we are on the right path. However, they were useful days to collect data for engineers in Japan and we have a bit clearer ideas. “

What do you think of the Honda and the results obtained in 2020?

“I think the performance of the bike is very good. During this season I think we have solved all the problems we had. For the next one we have some ideas, we have more benchmarks with the bike and we know very well in which conditions to use one set-up instead of another. Last season was useful to discover the bike, now we have more data. We have more knowledge to go better in the future, even if they are small steps, we can have a better bike. It won’t be easy, especially because in Superbike you can’t change the bike much compared to, for example, MotoGP. All in all, I think we should change a few small things to improve to have a better performance. “

Bautista: “Last season was useful to discover the bike, you can’t change much in SBK”

You made some really important progress in the last part of the season. Are you satisfied with the work you did on the bike?

“I am really satisfied because at the beginning it was difficult. When I approached the bike it seemed that everything was out of place, but I think it was because I was on the track for the first time for the race with the bike, it was normal that this was the case. I was slightly scared as I wasn’t sure where to start to put everything in place. In the end, it’s only a matter of time, as we proved towards the end of the season. I’m satisfied because Leon and I did a really good job with the whole team and with the Japanese engineers. As I have already said, we are on the right path but we have not yet reached our goal. “ 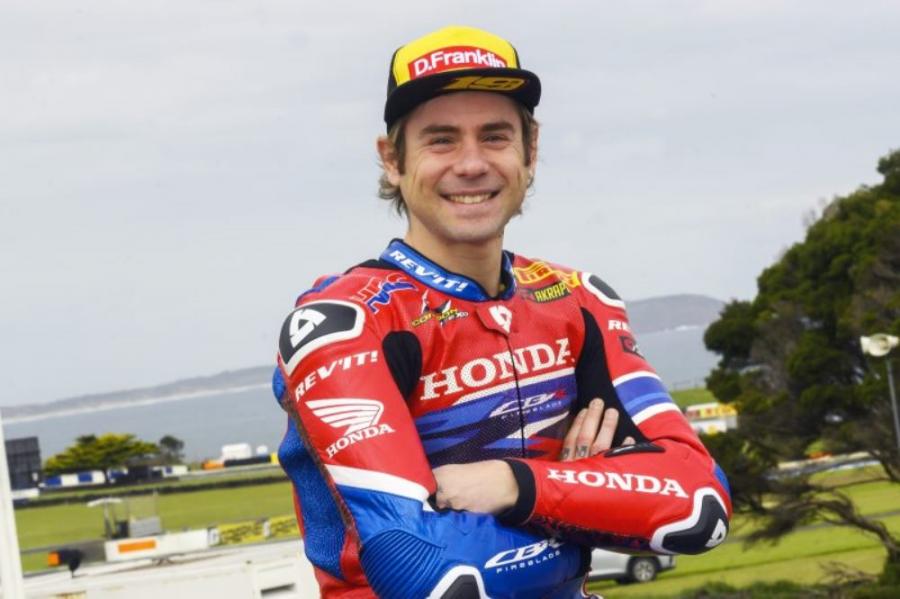 In the 2021 calendar a lot of the races will be in Europe and the championship will start really late, in April. What do you think about the extra time you will have to prepare for next season?

“I hope the calendar goes well without any problems. Having more winter tests will be great for us because it will mean having more time on the track to improve the bike before the season starts. I’m sure the engineers will be working hard this winter so I think we have a lot to test. I’m happy to have more time for testing, but at the same time I love racing and can’t wait for the start of the season to feel the adrenaline again. “

Last year both you and Haslam finished the championship with the same total number of points, 113, do you think it might not have been possible to do more?

“I think the final result of the season wasn’t exactly realistic, we found ourselves in a new project and the important thing was to find the maximum level to be able to push the bike; we are on that road. For example, we lost a lot of points trying to get into the lead of the race, going over the limit and crossing it many times so we had several crashes and as a result we lost a lot of points. This year the final result of the season was not our goal, it was much more important to work on performance. It is really curious that we finished the year with the same number of points. We are really working a lot with the team and this is the important thing. “

Bautista: “Now that we have more experience we will fight to the end to win”

Do you think that in 2021 you will be able to fight at the same level as your rivals, like Ducati, Kawasaki and Yamaha?

“That’s what we want to do! We certainly have a lot more experience with the bike now. With the team we have a lot more ideas for the future. We know how to manage the bike in different conditions and so yes, that will be our goal. We will see how the winter tests go, we need to see how strong we are to beat the others, but we will fight to the end to win. “ 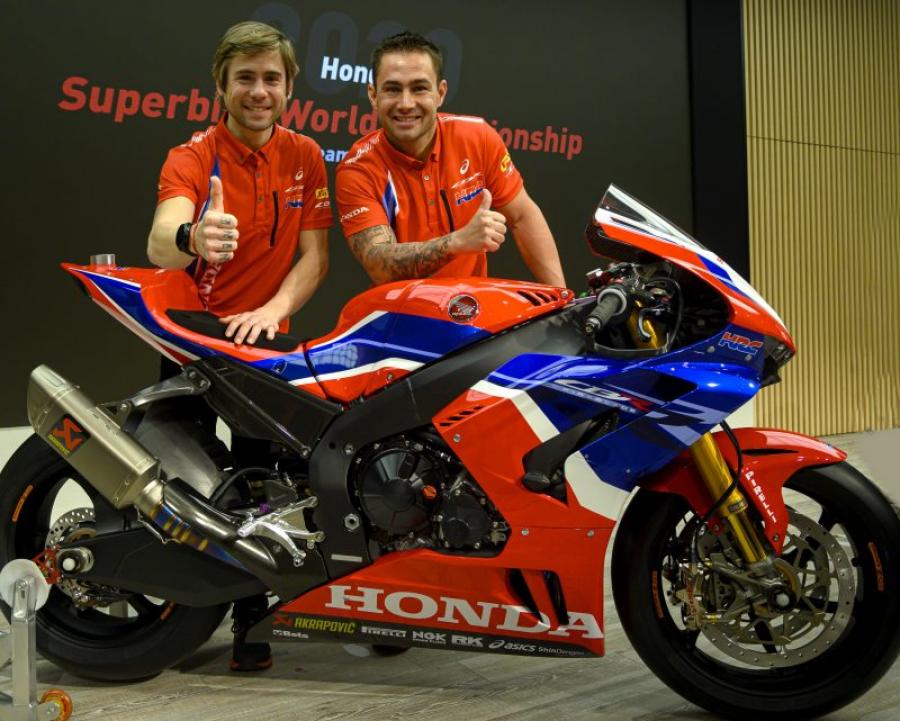 What do you think about the idea of ​​having a greater number of bikes on the track like the other manufacturers?

“For now we are really new to this project and it would be better to be concentrated in the team on just two bikes, it would be very difficult at the beginning. I think it’s better to have two bikes and get the best out of them than to have many bikes and then not be able to have all the support for many riders. In the future, I think taking this step could be a great idea, but for now it is important to be focused on the factory team and try to get the most out of it. “

Bautista: “Replace Marquez? I’m in the Superbike project, I hope he’ll be back soon”

Considering what happened to Marc Marquez in MotoGP and also considering that you have a great experience in MotoGP and you know its characteristics, do you think it would be possible to team up with Pol Espargarò in 2021?

“I’m in the Superbike project, obviously if the manufacturer asked me to do some tests or to help them in MotoGP it would be a pleasure for me. For now we are concentrated on Superbike which is basically my real goal. I really hope Marc will be back soon and in shape for the championship. “

Bautista: “I started to understand how to deal with the four cylinder in-line engine “

“We are at about 75% of our maximum performance. From the beginning to the end of the season we made some big steps forward and at the end I started to feel the bike was more in my hands. Even if the results were not podiums or victories, the feeling with the bike is good. I began to understand how to deal with this type of engine. I suppose with what we communicate to the Japanese engineers in tests next season we could be 95% and it could be enough to fight for the podium. “

How has your professional life changed with COVID-19?

“It is not easy for anyone, not even for sportsmen. We are forced to do a lot of workouts at home and we have to do a lot of testing for COVID. We cannot have much contact with friends and relatives. We have seen that in MotoGP many riders have missed races due to Coronavirus. During the whole season we have to be careful and essentially I stay at home with my little girl and my wife trying to enjoy my time with them. “

Do you think you can achieve a victory next year?

“I talked a lot with my engineers. Essentially we need to improve some things on the bike and work on the electronics. We are trying to improve these aspects to try to get to the podium next season and obviously also for the victory. “

What areas do you think you need to improve in the second year at Honda?

“I am happy that all the manufacturers are making new models, every year the level is higher and higher. We have clear areas to improve and hope to achieve these improvements to get closer to the other bikes. It is great for the championship that all the factories are working because if the level increases we would as a result have a better championship. This will create even more competition. Each year there are fewer and fewer differences between the various manufacturers and it becomes more and more difficult because you cannot make mistakes. In Superbike we are close to perfection.”