Saudi Arabia is open to holding a W Series race as early as next year, with the female racing series set for a number of Formula 1 support race slots.

The Middle East country has been regarded as one of the most gender segregated countries in the word, with women having only being legally allowed to drive since 2018.

The deal announced on Thursday for W Series to support F1 at eight events next year prompted immediate intrigue over whether or not there would be an interest in taking the category to Saudi Arabia.

The country has just agreed a deal to hold a night race on a street circuit in Jeddah next November.

W Series CEO Catherine Bond Muir suggested that racing in the Middle East was unlikely for 2021, though, even though there was no specific objection to racing in Saudi Arabia.

“I have no objection about going to Saudi Arabia, provided we can establish a meaningful relationship,” she said. “And I think that would take some time to put together.”

But Prince Khalid Bin Sultan Al Faisal, president of the Saudi Arabian motorsport federation, has said that there is interest in the country in holding a W Series event as soon as it can. 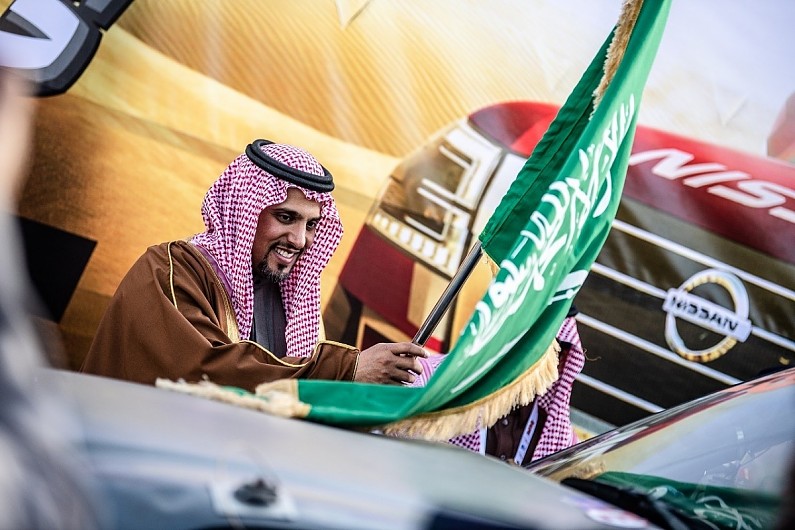 “I know there are eight rounds, and hopefully will be one of the lucky countries to host them in Saudi Arabia.”

Prince Khalid said that rather than Saudi Arabia trying to discourage females in motor racing, the country was doing all it could to encourage them.

“Over the last two years we are really promoting woman and especially woman in motor sports,” he said. “So, this is something that we would love to do.

“We’re starting with karting, And we have Reema Juffali, she is racing in Formula 4 in the UK and for us it’s very important for us to bring them here.

“Sports is for all and we’re really pushing women in motor sport in the future. And we are really taking it seriously.

“It’s going to be something good to inspire our women here in Saudi Arabia. So hopefully, we can get an agreement and can host them with F2.”

Following the country’s legalisation of female drivers on the roads, Formula E’s 2018 Ad Diriyah E-Prix hosted a post-race test session with the FIA Women in Motorsport encouraging teams to test with women drivers.