Sainz and Leclerc to test 2018 Ferrari next week · RaceFans 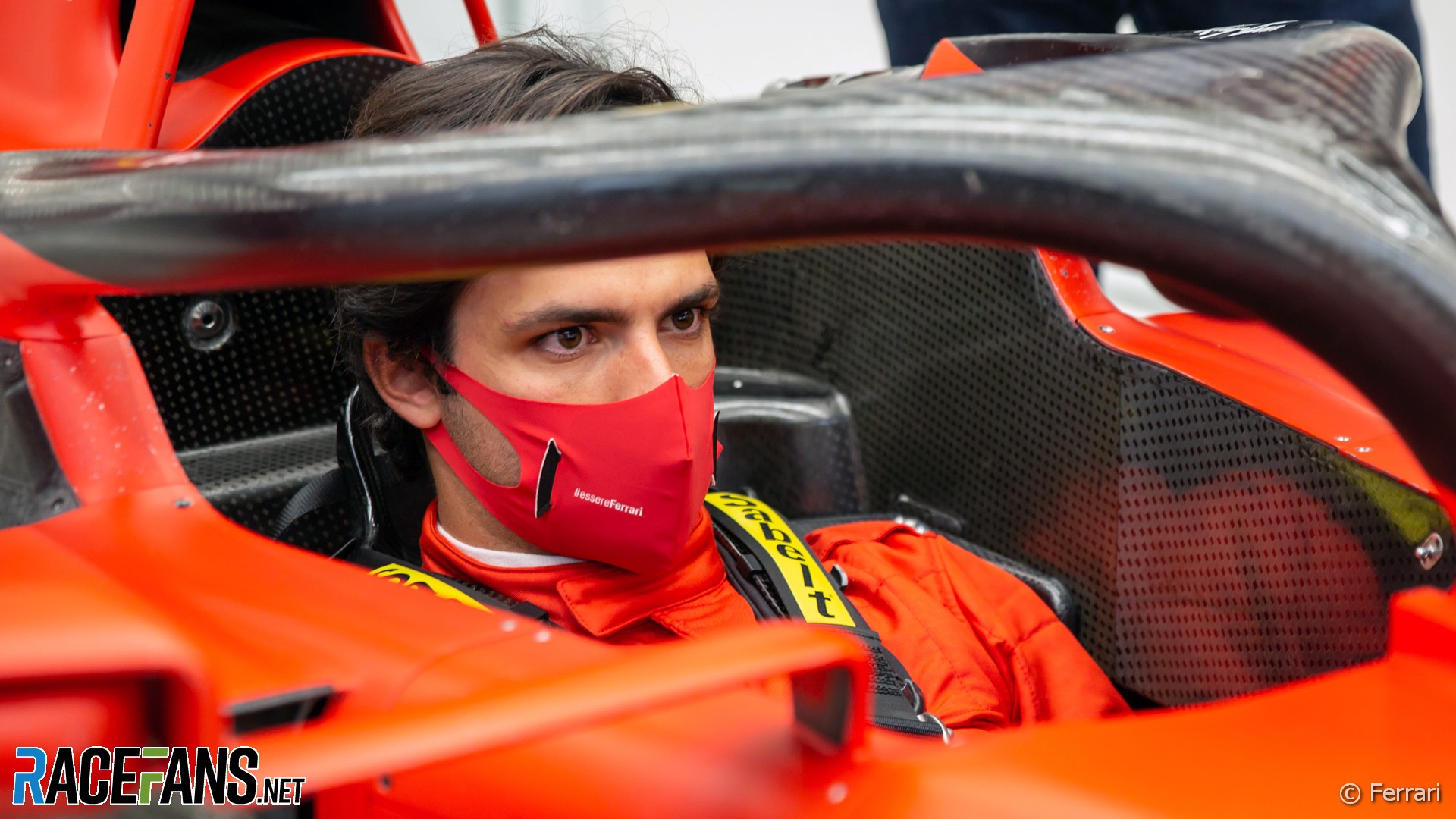 New Ferrari driver Carlos Sainz Jnr will be joined by team mate Charles Leclerc when the team tests one of its earlier F1 cars next week, RaceFans understands.

Ferrari was frustrated in its efforts to arrange Sainz’s first run in one of their cars at last year’s post-season test. The event was originally designated for rookies but subsequently opened up to more experienced drivers, providing they did not race in 2020, which meant Sainz did not qualify.

The team will therefore give Sainz his first run on one of their cars at its Fiorano test track on a date to be determined next week.

Formula 1 has cut the amount of official pre-season testing this year from six days to just three. As a result, Sainz and Leclerc will only have a day and a half each in Ferrari’s new SF21 when testing begins at the Bahrain International Circuit on March 12th.

Ferrari is therefore taking advantage of rules which allow teams to run cars which are two or more years old in private tests. The team could have run the more recent SF90, which Leclerc raced in 2019. However the ready availability of a 2018 chassis, which was used for tests last year, prompted the decision to use the older car.

Sainz and Leclerc are expected to spend one day each at the wheel of the SF71H. Leclerc previously drove the car in a test at Mugello last year.