George Russell says that learning to be more adaptable as a driver was one of the key lessons from his one-off experience with Mercedes in Formula 1 this year.

The Briton was drafted in by the German manufacturer for the Sakhir Grand Prix, after regular Lewis Hamilton was struck down with coronavirus.

Russell impressed hugely over the weekend, and had a good chance of winning the race before a botched pitstop and a late race puncture scuppered his chances completely.

PLUS: The warning bells from Russell and Perez’s Sakhir brilliance

Having returned to Williams for the season finale in Abu Dhabi, Russell said that just a single outing for Mercedes had already taught him some key lessons that will be valuable for the future.

“I think the thing I’ve learned most is that you have to be adaptable,” explained Russell.

“My sort of driving style I did in the Williams actually hurt me slightly in the Mercedes.

“So when I came back to the Williams, and I tried to implement some of the things that I did in that Bahrain race, I couldn’t do it in the Williams – I think that sort of reinforced to me that you have to be open minded and you have to adapt to whatever the car is giving you. 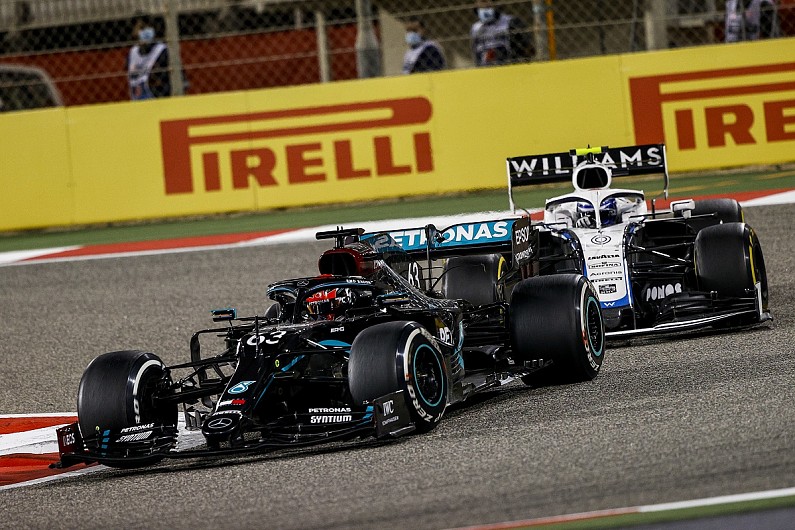 Russell’s strong showing for Mercedes has put him in the frame for a full-time race seat at the team for 2022.

Currently, Valtteri Bottas’s contract there runs out at the end of next year, while Russell’s own deal with Williams finishes then, too.

Russell knows that nothing can be taken for granted when Mercedes gets around to deciding what it wants to do, which is why he needs to embrace the situation he finds himself in at Williams.

Asked what he felt he needed to do in 2021 to secure that Mercedes seat in 2022, Russell said: “I think it’s continuing the form, and continuing the positive attitude internally with the team and externally.

“It’s not getting frustrated with the poor performance here, and continue to try to push Williams further forward.

“I think Mercedes believe in me, they’ve given me the opportunity, and they’ve always had my back.

“Now it’s sort of my duty that I stay true, and that I don’t suddenly change over the course of next year because of certain circumstances, and turn into something that I’m not currently.”