Russell: Returning to Williams harder than stepping up to Mercedes | F1 News

George Russell says it was harder returning to the Williams Formula 1 car in Abu Dhabi than it had been stepping up to Mercedes.

The Briton had been loaned to Mercedes as replacement for Lewis Hamilton for the Sakhir Grand Prix after the F1 world champion tested positive for COVID-19. Russell had looked set to grab his maiden F1 victory before a botched pitstop and a late puncture wrecked his hopes, dropping him to ninth place.

With Hamilton able to return for last weekend’s F1 season finale in Abu Dhabi, Russell switched back to the Williams team where he has been racing since 2019.

Reflecting on changing cars once more, Russell admitted it had been quite a challenge to adapt again to the Williams.

“It was actually harder jumping back to the Williams, because the Mercedes car is so good,” he explained, after finishing 15th in Abu Dhabi.

“It’s what every driver wants from a race car what the Mercedes gives you, and you feel it. The driver is in control of the Mercedes, whereas sometimes it’s almost like our car is controlling the driver.

“We have to react to it, whereas in the Mercedes you are the one controlling it. So I think it’s only natural when you’ve got a great car underneath you, it’s a true joy to drive. And maybe that’s why I probably got up to speed with it relatively quickly.” 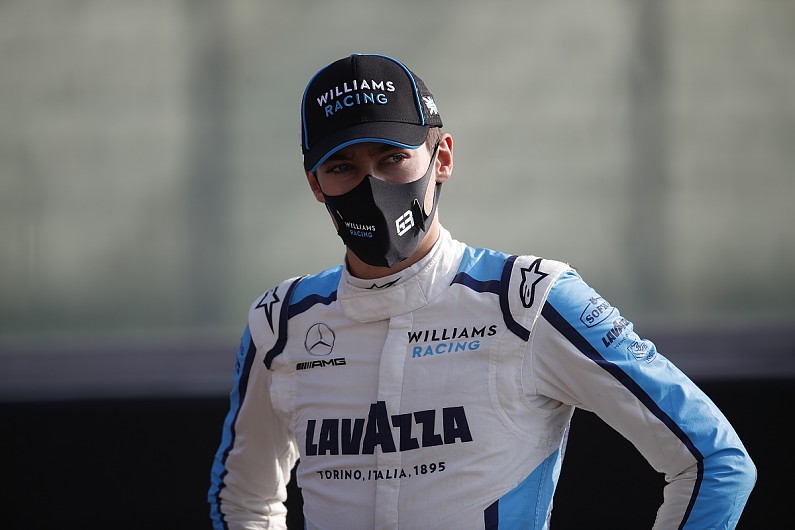 Russell endured a tricky afternoon at the Yas Marina track, as he struggled between conflicting requirements of managing brake and tyre temperatures in the race.

“We were really on the limits of brake temperature,” he said. “So we were really having to manage the brakes, which requires managing how you attack the brake and managing what brake balance you use. That then consequently hurts the tyres.

“Actually it was a really well managed and executed race, for all of the little gremlins in the background. But with the track temp dropping, you need to be able to push the car to the absolute limits and we couldn’t really do that.

“So I’m happy we’ve ended like that. The Alfas were quicker than us this weekend and we beat both Haas and [Antonio] Giovinazzi, so job well done.”