Russell: Heartbreaking to miss out on first F1 points at Tuscan GP – F1

George Russell said it was “heartbreaking” to lose what he felt was a certain points-scoring finish for Williams in the Tuscan Grand Prix because of a poor red flag restart.

The Briton had driven well throughout the chaotic Mugello race, and felt that ninth place was “sealed” as he comfortably held off Ferrari’s Sebastian Vettel and Charles Leclerc behind him.

But it all went wrong after he made a poor getaway following the final red flag restart – which dropped him to the back of the field from which he was unable to make enough progress to get back into the points.

After coming home in 11th place, less than three seconds behind Vettel, Russell was clear about how gutted he was with how things played out.

“It is heartbreaking almost,” he said. “The whole team had worked so hard, got ourselves in an amazing position P9, and it was well and truly under control and sealed.

“The car was feeling great. I was matching the pace of Sebastian and Charles behind me on the same life tyre. And that red flag just threw it all away really.

“We made a really poor start just off the line. We don’t know why yet because procedural wise everything was spot on.

“Then having Kimi [Raikkonen] and [Romain] Grosjean, they obviously had an extra lap to warm the tyres up and they both made mega, mega launches, which didn’t help things.

“Nevertheless just bitterly disappointing, because we deserved it and it should have been ours. Two red flags in one race is ridiculous.” 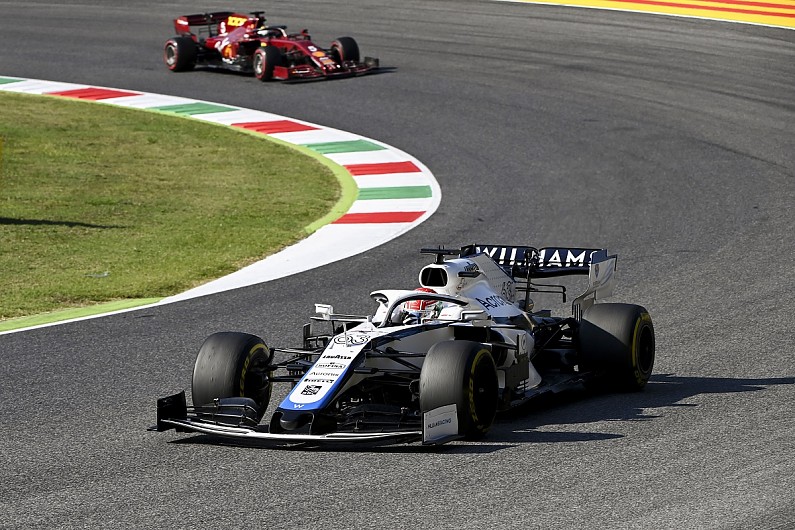 Russell said he and the team were baffled about why their starts were so poor all day, as nothing had come up in post-race analysis.

“We looked at the procedure afterwards,” he explained. “You have to hit a certain percentage and I hit the exact percentage we were looking for. So we need to analyse whether it’s because the car was lighter, or the tyres were not hot enough, or what it was.

“I sat in the garage 10 minutes before, practising my starts for 10 minutes, and I must have done a total of 100 clutch drops over the course of those two hours. And every time I was within 2-3% of the target, which is normally not an issue at all.

“So we just need to look into it and see what went wrong because to be fair, all of our launches were bad today.”