The Williams Formula 1 team says that George Russell’s return at the Abu Dhabi Grand Prix feels like he has “come home”.

Russell was loaned out to Mercedes for last weekend’s Sakhir Grand Prix, as a temporary replacement for Lewis Hamilton who was struck down with coronavirus.

Despite not having driven the car before, Russell put in a starring performance and was on course for the win before a botched pitstop and a late puncture wrecked his hopes.

Hamilton’s return to F1 this weekend means that Russell, who fulfilled media commitments for Mercedes on Thursday, is back driving for Williams again.

And for Russell’s Grove-based outfit, there has been huge excitement about having him back in the garage.

Acting team principal Simon Roberts said: “It’s great to have him back. It feels like he’s come home for the weekend, which is really nice.”

Roberts added that while Russell may have felt slightly disappointed to have to return to Williams this weekend, he had knuckled down immediately to the job in hand. 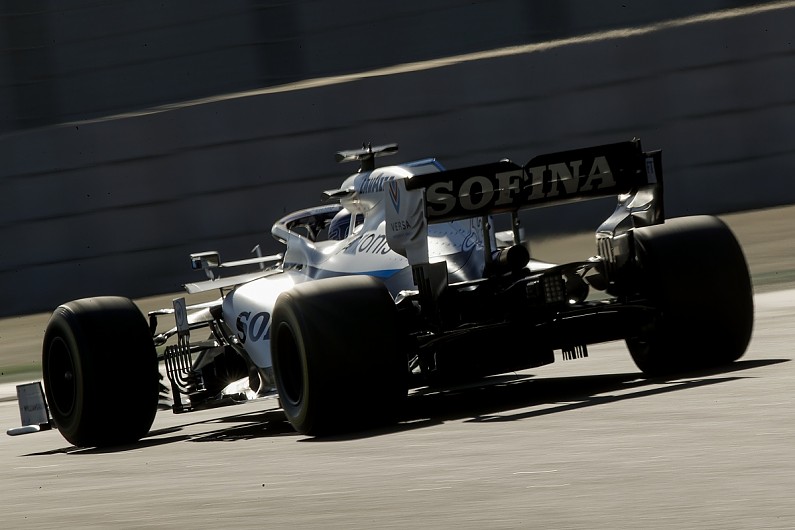 “I’m sure he’s a bit disappointed inside, but we gave him a really, really warm welcome back,” he explained. “We’re really genuinely pleased to see him.

“His programme went to plan. We were running a few rakes and things looking at stuff for next year, and he’s settled in the car really quick.

“I’m sure maybe on that first lap, he was trying to find his braking points again in our car. But he didn’t put a foot wrong. He got everything out of the car that was expected. And yeah, we move on to FP2. So we’re looking for a good weekend again.”

Russell has said he has no doubts that he will be racing for Williams in 2021, as Roberts said the team’s focus was not on drivers but on improving the car.

“We’ve known for quite some time what a talent he [Russell] is,” he said. “Last weekend, he got the chance to show that on the world stage. And we’re really, really pleased he got that opportunity.

“We’ve got Nicholas [Latifi] and George signed for next year. And the main thing we’re working on right now is just making sure we can give them the best car possible.”