Rossi would have stopped racing without Yamaha MotoGP return – MotoGP

Valentino Rossi admits he would have stopped racing had Yamaha not offered him a deal to return to the factory MotoGP squad in 2013 following his disastrous Ducati stint.

Rossi joined an unfancied Yamaha from Honda in 2004 and went on to win four premier class titles to add to the three he secured with HRC from 2001-2003.

He left Yamaha for Ducati in 2011, but endured the worst spell of his MotoGP career, scoring just three podiums across both seasons on difficult machinery.

He returned to the works Yamaha team in 2013, where he remained until the end of the 2020 season, with Rossi switching to the satellite Petronas SRT squad on a works-supported M1.

Asked to reflect on his 15 years with the factory Yamaha team, Rossi admits his “best memory” is of team boss Lin Jarvis offering him a return for 2013.

“There have been so many beautiful moments,” Rossi said during the Portuguese Grand Prix weekend.

“Since 2004, when we brought our team and [crew chief] Jeremy Burgess worked with Masao Furusawa.

“But the thing I remember most is when I talked to Lin Jarvis and they said they would give me another chance to return to the official team at the end of 2012. 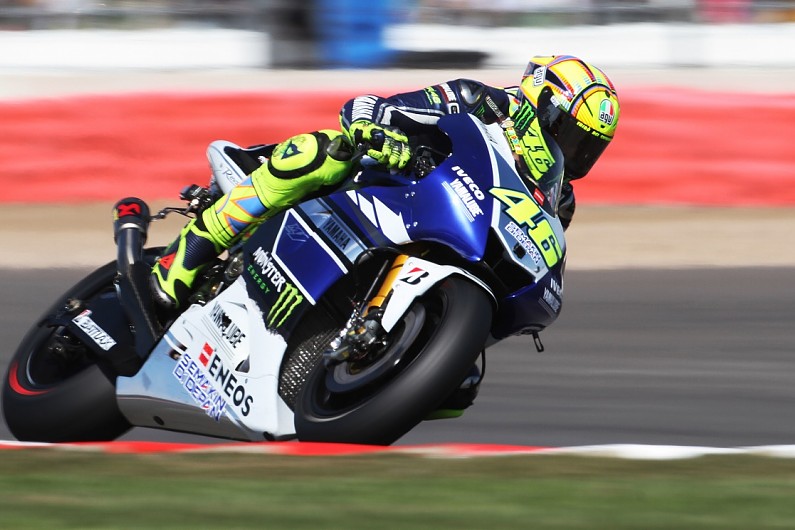 “For that I will always be grateful to him and to all of Yamaha, because at that moment I was desperate and probably if I hadn’t returned to the factory team I would have even stopped racing.

Rossi repaid the favour from Yamaha by returning to the top step of the podium at Assen in 2013.

He went on to win a further seven races for Yamaha, mounting an ultimately futile charge for the title against team-mate Jorge Lorenzo in MotoGP’s most controversial campaign in 2015.

Rossi has not won a grand prix since the 2017 Dutch TT, with his final season in factory Yamaha colours featuring just one rostrum visit in a crash-filled year.

The 41-year-old also missed the Aragon double-header due to contracting COVID-19. As a result, he ended the year 15th in the championship.

Picking out a highlight of his 2020 season, Rossi cited the San Marino weekend where he narrowly missed out on joining proteges Franco Morbidelli and Francesco Bagnaia on the podium as a high point.

“There were also some good moments [in 2020], like the Misano 1 race, in which unfortunately [Joan] Mir beat me on the last lap,” he added.

“But I just missed the podium. I had a good race and Franco won ahead of Pecco. Then Luca [Marini] and [Marco] Bezzecchi finished first and second in Moto2.

“So, it was a great day for the Academy.”