Valentino Rossi admits he and Yamaha “still have to understand” if the 2020 MotoGP M1 is actually better than last year’s version with just two rounds of the season left.

While the 2020 M1 has won four times in the hands of Fabio Quartararo (3) and Maverick Vinales this year, two more than Vinales managed in 2019, Yamaha riders’ form has been wildly inconsistent this season.

Outside of its wins, Yamaha has scored just three other podiums with the 2020 bike, while Franco Morbidelli has won twice and scored a second place on the 2019 ‘A-spec’ machine.

Combined, Yamaha riders have scored a total of 10 podiums – Suzuki, by contrast, has managed 11, nine of which coming in the last seven races, and currently leads all three championships.

Rossi – who scored a solitary rostrum at the Andalusian Grand Prix in third – says it’s still unclear whether the 2020 M1 is actually better than the previous bike, and states “there has not been the performance step we expected” with the new M1.

“We had a lot of expectations for this 2020 bike, because we were told that Yamaha had worked hard, that the engine would give us more speed and that the bike would be clearly better,” Rossi said on Friday at the Valencia GP.

“Instead, we are in the penultimate and we still have to understand if the new bike is better than the old. 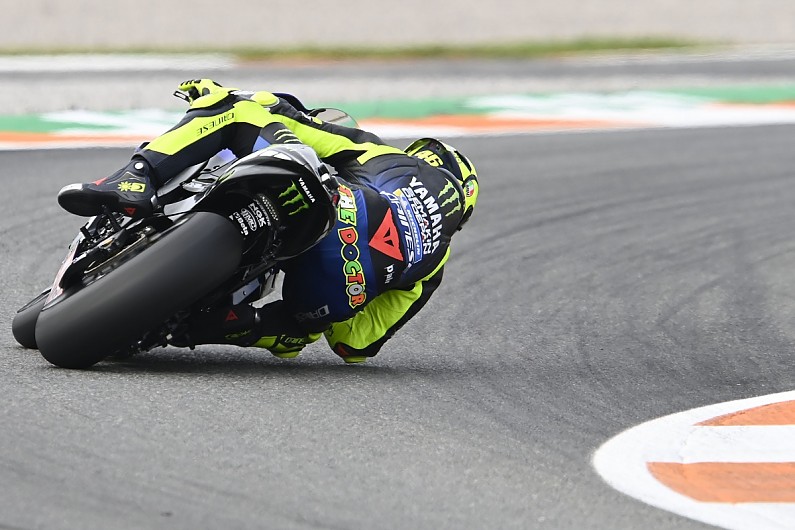 “This means that they [the 2019 and 2020 M1s] are more or less the same, then on some tracks one is better and some other tracks the other is better.

“What is certain is that there has not been the performance step we expected to be competitive.”

PLUS: Why Yamaha’s rivals should fear Crutchlow return

Quartararo lamented the inconsistency of the 2020 M1 last weekend, admitting it never felt like his bike from the first moment he rode it.

He even stated he wanted to see if he could race the 2019 bike next year.

All Yamaha riders have also been critical of the bike’s engines, which have been amongst the slowest on the grid as well as unreliable.

Yamaha announced on Friday it had signed Cal Crutchlow to replace Jorge Lorenzo as its official test rider for 2021 – a move which was welcomed by Yamaha riders on Thursday when it first came to light.