Renault Formula 1 team boss Cyril Abiteboul has expressed his frustration after rivals opposed a bid to allow Fernando Alonso to do the Abu Dhabi young driver test in December.

However after the technical regulation changes were postponed to 2022, the test was switched to a rookie format, and the 2020 sporting regulations adjusted accordingly.

Drivers eligible for the test “must be in possession of an International A Licence; and unless otherwise approved by the FIA, not have competed in more than two F1 World Championship races during their career.”

Renault hoped to gain approval from the FIA to allow Alonso to take part, and the matter was raised in last Monday’s meeting of the F1 Commission.

However several teams expressed their opposition to the idea that Alonso would run, with McLaren, Ferrari and Racing Point understood to be among them.

The rules do allow teams to run an extra test for a driver who has not raced for two years – but it only applies in the case of mid-season substitution of a regular race driver, to give the reserve some extra mileage.

Abiteboul has indicated that he still hopes that the FIA will approve Alonso’s participation.

“It was the usual stuff of trying to play any little game possible,” he told Autosport. “But most teams are more pragmatic. We just need to hope the FIA will be. Renault does so much for young drivers.” 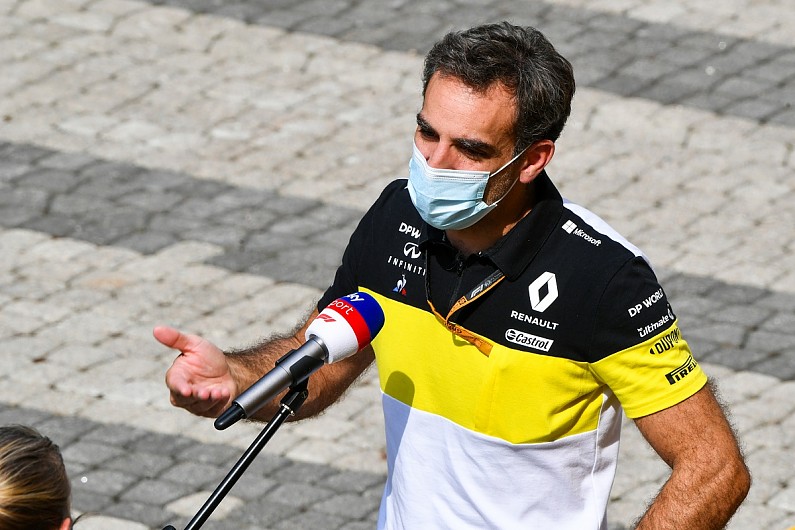 Alonso is allowed to test a two-year-old car with no restrictions, and will do so in Bahrain next week.

“I can’t speak about what has been discussed in the F1 Commission,” he said when asked by Autosport about the talks. “Because it says in big letters at the bottom of the agenda that it is confidential.

“I can only speak about how we see the young driver test in Abu Dhabi. It is clear that we all voted for a regulation change at the beginning of the year when this pandemic started, which ended up in these tests clearly being defined in the sporting regulations having a sole purpose of testing young drivers.

“I think in the rules it says that it cannot be drivers that have done a maximum of two Grands Prix. And then it gives the opportunity for the FIA as well, at their own or sole discretion, to make exceptions there.

“But again, it doesn’t change the overall sole purpose of this test, which is a young driver test. So I think there’s really not a lot to be discussed on this topic.

“Fernando is a great F1 race driver, with a great record of success. And I can’t really see how he fits into the sole purpose of a young driver.

“On the other hand, if he were to get defined as a young driver, to be honest, I think it would be simply a great message for all of us, because I consider myself also as a young F1 team member, which makes me feel good! At the same time it does not justify that this test will go ahead.”

McLaren and Racing Point have both indicated to Autosport that they won’t do the Abu Dhabi test because they don’t have a young driver to run.