Suzuki’s Alex Rins believes the stability in the technical regulations for the 2021 MotoGP season means the quantity of rivalries on-track “will be so high”.

Due to the COVID-19 pandemic, MotoGP has implemented a freeze on engine development for 2021, with all but KTM (as it lost concessions in 2020) and Aprilia (because it still has concessions) racing this season with last year’s motors.

Normal update regulations outside of aerodynamic fairings and engines will still apply, but the stability in the rules will likely mean bike development won’t be dramatic in 2021.

Suzuki often had the most consistent bike during races weekends in 2021, with Rins scoring four podiums in the last seven races – including a win at Aragon – while European GP-winning team-mate Joan Mir managed the most rostrums of anyone with seven on his way to the title.

Rins believes the stability in the rules and the consistency of the current GSX-RR package could stand to benefit Suzuki – but insists the field will be even closer this season.

“Maybe it’s an advantage to us because we have a very good base, and every time we start on Friday we make a good decision with the set-up,” Rins said when asked by Autosport if the rules freeze would benefit Suzuki.

“We just have to change a few things [on the bike], but not too much.

“So, maybe it can benefit us, but for this 2021 [season] the rivalries will be so high because more or less the bikes will be the same for everybody as last year.

“And more or less the set-up is there. 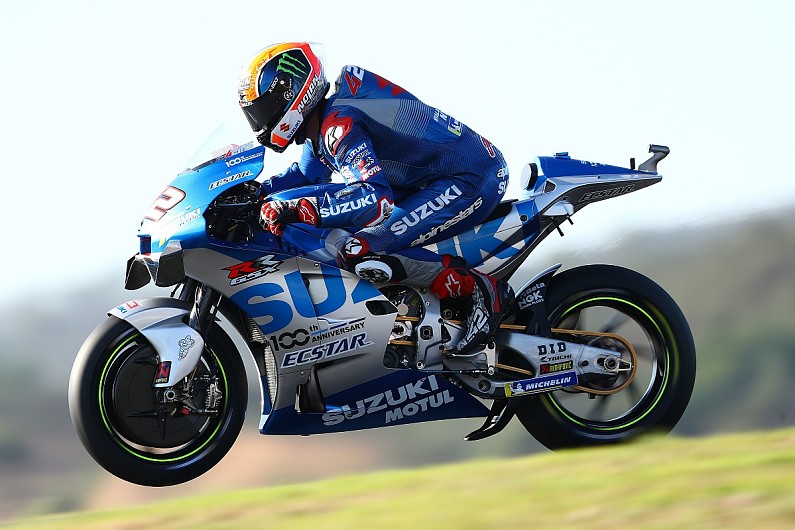 Racing for a reigning championship-winning team for the first time in his grand prix career in 2021, Rins feels if there is any pressure on him as a result of this, then it is “good pressure”.

He also believes facing up against his world champion team-mate Mir will be a “good challenge”.

“No, no, no, it gives me good pressure,” Rins said of racing for a championship-winning team.

“I know that we have a good bike, I know we have a bike that last year was the world championship bike.

“So, let’s put together all my talent, all my experience and let’s do a good year.

“[Facing Mir], it’s a good challenge because I have on my side the actual world champion.

“He will try to repeat this, to maintain the level, so let’s see if I can arrive there or if I can fight with him to be world champion.”

When asked by Autosport what Alpine will gain from having Brivio, Rins replied: “I don’t know, it’s completely different, MotoGP to the Formula 1.

“I believe in him and I support him to give his best. But for sure it will be different.”