Daniel Ricciardo is set to make his first McLaren appearance on Tuesday when the team shakes down the new MCL35M Formula 1 car at Silverstone.

Seven-time grand prix winner Ricciardo has joined the Woking team ahead of the 2021 season after signing a three-year deal with the team last May, leaving Renault.

The former Red Bull driver is now set for his first laps in a McLaren F1 car at Silverstone on Tuesday after the team confirmed plans to hold a shakedown at the British Grand Prix circuit in the coming days.

Ricciardo and team-mate Lando Norris will both complete run-outs in the new McLaren, as permitted by the allocated filming days under the sporting regulations.

“Lando and Daniel will first drive the MCL35M at Silverstone from tomorrow as part of the team’s pre-season filming days,” the team said in a statement to launch the car ahead of the new season.

Teams are allowed to complete two filming days per season, neither of which is allowed to exceed 100km, equivalent to 17 laps of the Silverstone grand prix layout. These must also be conducted using specially provided tyres from Pirelli.

Most teams opt to use at least one filming day per year to give their new cars a shakedown before the start of pre-season testing, which is set to begin in Bahrain on 12 March.

The test will not only mark Ricciardo’s maiden outing for McLaren, but also the first time the team will have run a Mercedes-powered F1 car on-track since the end of their last partnership in November 2014. 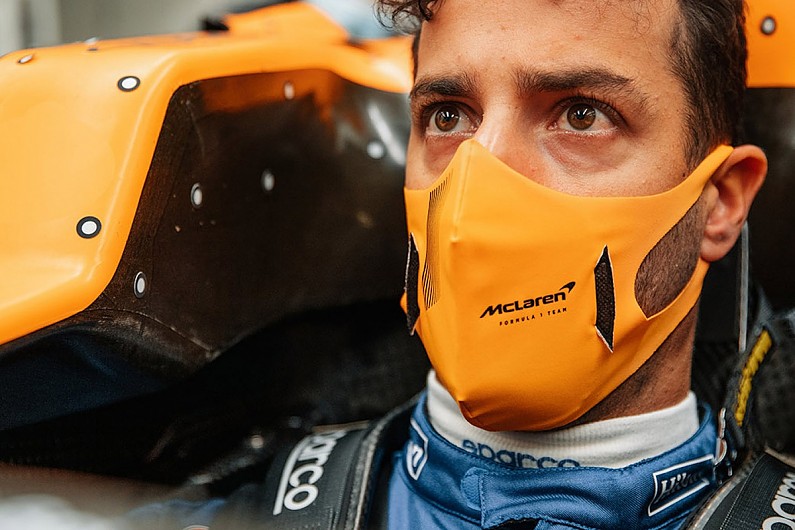 McLaren has been forced to change a sizeable amount of its car for the new season despite a freeze in the regulations to accommodate the new Mercedes power unit, having previously been supplied by Renault.

PLUS: Why McLaren can be a true force in F1 again

Mercedes reported last week that it had encountered some issues with its new power unit for the new season, but McLaren technical director James Key said the team had not yet had any problems.

“That’s a question for Mercedes really, we couldn’t answer that,” Key said when asked about the issues being posed by the new power unit.

“To date, we have done some full-scale testing on a dyno and that’s been completely problem free, but I would say Mercedes are definitely the best to answer that, to be honest.”