Renault says its most difficult weekend last year was key to delivering the answers that helped it make rapid progress over the second half of the 2020 Formula 1 season.

But the highlights over the second part of the campaign were in contrast to some difficult races early on, like the Spanish Grand Prix, where neither Daniel Ricciardo nor Esteban Ocon finished in the points.

Reflecting on how the team was able to make such a step forward after the early events, Renault chassis technical director Pat Fry says really important knowledge was gained on the back of its biggest struggle.

“Barcelona was, I think up until Turkey, our worst race of the season,” explained Fry.

“But while it was a bad weekend for us, when we actually went through and looked at it, and tried to understand it from analysing that poor performance, you actually end up working out what you need to do.

“So yes it was disappointing, but I think we learned a lot from that on how we should optimise the package we’ve got.

“By Spa, and I think that medium downforce level is classically a level that Renault works well at with, that knowledge we have in the setup and a few developments that have been coming through, meant it was quite reasonable for us.” 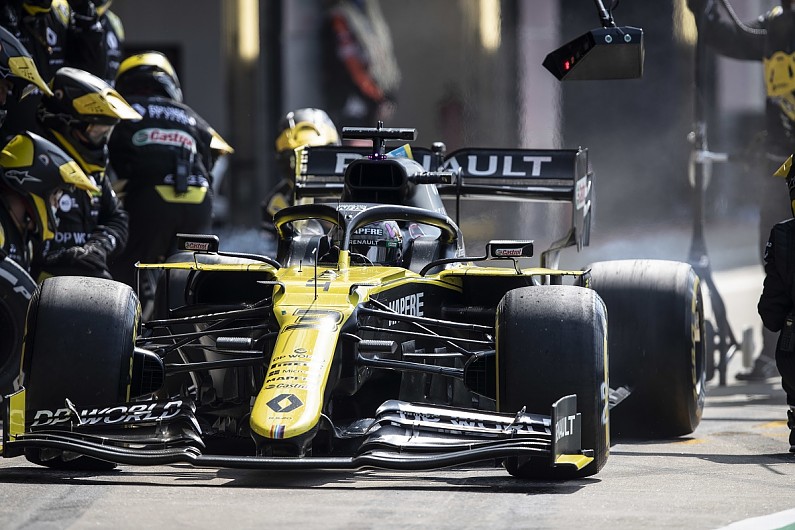 One of the key moments that Ricciardo highlighted about Renault’s 2020 campaign was the set-up breakthrough that he found at the second Silverstone race.

Tests during Friday’s free practice sessions helped unlock a platform that the Australian felt very comfortable with, and that helped Renault unlock more gains over the remainder of the year.

Fry has played down the significance of that moment though, as he suggested the season was more about building up momentum.

Asked about Ricciardo’s talk of a set-up breakthrough, Fry said: “I’m clearly not going to tell you exactly what it was, but I think our understanding has been improving on how to set the car up.

“I was surprised by the size of his comments to be completely honest. It was clearly enough to get his attention, but I think there was still quite a lot more of performance we needed to find.

“It’s like all these things: the devil’s in the detail, isn’t it? But it certainly helped our qualifying at the second Silverstone.

“I think it was the first time we were looking reasonably strong in qualifying, although the race was a little bit more of a challenge.”