Renault Formula 1 boss Cyril Abiteboul says the French manufacturer’s plans will not be impacted by any obligation to supply Red Bull and AlphaTauri.

Renault is widely regarded as an obvious option for the two Red Bull-owned teams after Honda stops its F1 programme at the end of 2021.

Renault has long supplied customer teams alongside its works outfit, and last year Abiteboul put together a plan based on an ongoing commitment to McLaren.

But the focus changed after the Woking team announced its plan to return to Mercedes power from 2021 onwards, leaving Renault with no paying customers.

Renault subsequently rejigged its future strategy around a sole commitment to its works team, which will be known as Alpine from next year.

However Honda’s withdrawal has opened up the possibility of Renault reuniting with both Red Bull teams in 2022 after just one season with no customers, which will mean sharing technology and ramping up production once again.

The FIA regulations will oblige Renault to supply any teams that require an engine, although a deal could be concluded between the parties without any prompting from the rules.

However, Abiteboul insists that any new customer supply won’t impact the plan to focus on the Alpine team.

“No third party is going to impact our strategy,” he told Autosport. “Our strategy is clear, we are here for our works team, and we are a works team because there is very little benefit to being an engine supplier.

“The business case of being an engine supplier in F1 doesn’t fly, and maybe Honda’s news is also evidence for that. 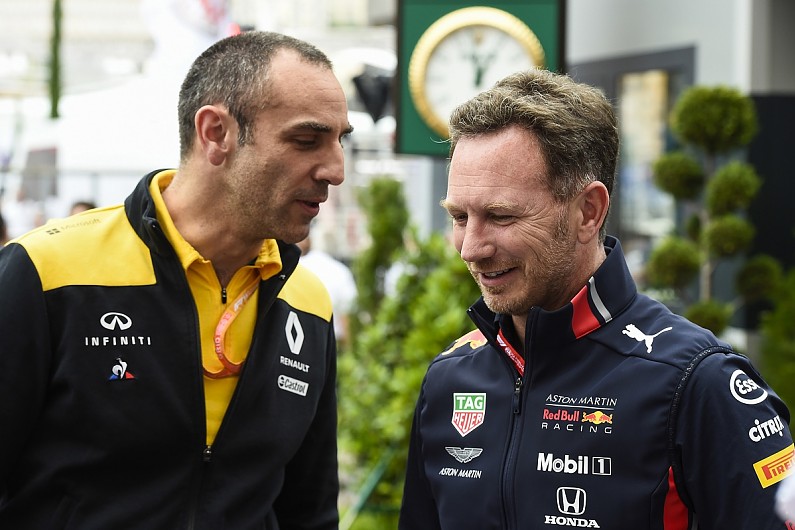 “We found out about that ourselves in 2014 when we made the decision to come back as a full [works] team, and maybe Honda looked at a similar question for themselves, and made a different decision.

“The programme we have is around our team, is around in particular the Alpine brand, and that’s not going to change.

“If we have certain obligations we will comply, but all our efforts and everything we do should revolve around this strategic objective, which is to be in a position to win races for the benefit of the build-up and ramp up of the Alpine brand.”

He added: “I guess another solution [for Red Bull] is being able to find someone who would acquire the IP of Honda. I’m sure some ideas like that have been floated. Anyone starting from scratch for sure would not be ready for 2022, that’s absolutely clear.”

“We must now start thinking about an engine partner for 2022,” he said on Servus TV. “We need clarity by the end of the year. Of course we have to consider all possibilities, all options.

“But in the end, Mr [Dietrich] Mateschitz must decide how to proceed. But it is important for us to have enough power to challenge Mercedes in the coming years.

“Of course I understand why people assume that we will talk to Renault. Since the separation, Renault has changed. The new board brings a lot of fresh wind and some changes. Things are moving forward.”