Renault has joined Ferrari in saying it will not back any move for a Formula 1 engine freeze from the start of 2022.

The idea of a freeze is being pushed by Red Bull, which is trying to find a way to take over the Honda engine project so it can run the power units after the Japanese manufacturer pulls out at the end of 2021.

The Milton Keynes-based team is clear that it can only do so if there is a block on development, as it cannot afford the huge costs that would come from having to keep upgrading the engines.

The imposition of such a freeze would require support from rival teams and, with Ferrari having already indicated it will not back the idea, Renault has now come out against it.

Speaking to selected media ahead of the Emilia Romagna Grand Prix, Renault team boss Cyril Abiteboul said his team’s ambitious development plans for the future meant it could not support the plan.

And he says his mind has changed from several months ago, when Red Bull stood up against such a freeze because it did not want Honda held back.

“If you had asked me six months ago, we would have pushed hard for an even lower cap budget, to try to contain the costs of the chassis, but also to reduce those related to the engine by accepting a freeze,” said Abiteboul. “But Red Bull Racing and Honda were against it and we accepted it.

“So we continued on a different path. Since then, we have been very busy working on the 2022 engine platform and, if you ask me today what I think about freezing the engines, my position is clearly different from the one I had six months ago.

“I am against freezing the engines. We have no intention to stop what could be a very important platform for us. We do not accept it.” 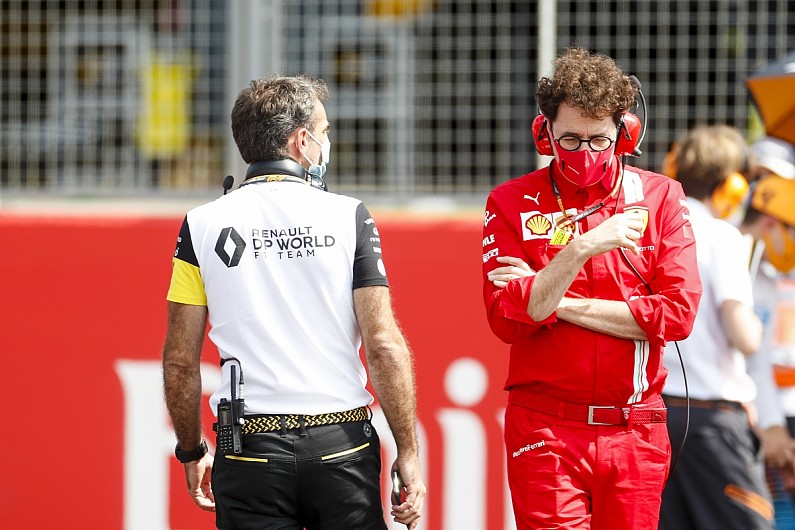 Red Bull boss Christian Horner is aware that not all his rivals will back the freeze plan, which is why he wants the FIA to step in.

“I think that ultimately this is where self-interest comes into play, and you know the job of the regulator and the commercial rights owner has to look at the broader picture of what is right for F1,” he said at Imola.

“We’ve obviously lost a manufacturer in Honda, which is disastrous news for the sport. And for Red Bull to take on that engine project, we just can’t comprehend [the costs], obviously thinking about open development, particularly in the world that it currently is at.

“I think the FIA and the commercial rights holder, they’re having constructive discussions. Obviously that needs to take place hand-in-hand with the OEMs that have an involvement in the sport.

“And I believe that that is what will happen, and obviously some form of solution needs to be found in the coming weeks.”

Abiteboul said that the real focus for Renault is in framing the basis of future engine rules, which will come in for 2026 at the latest.

“We have to talk to find a solution for the engines of the future in the medium to long term, also from the point of view of the sustainability of the new power units,” he said.

“We are in favour of talking about medium to long term plans for the engines of the future, but certainly not about freezing the power units.”